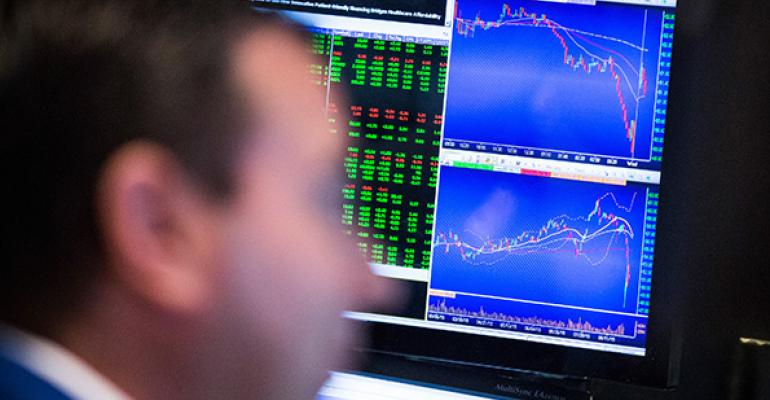 Volatility-starved traders may need to wait until 2018 for the spark that gets the bond market moving again.

(Bloomberg Prophets) --U.S. Treasuries have traded in a remarkably narrow range for almost five months. Casual observers would likely describe what is going on as a sort of stalemate, with a slowdown in inflation offsetting solid economic growth and tight labor markets. That may be true, but a closer look reveals a lot of fear on the part of bond traders even though volatility is very low.

Yields on benchmark 10-year Treasuries fell to a new low for the year today at 2.08 percent despite a massive funding gap that threatens to blow out the budget deficit, a Federal Reserve that is about to begin shrinking its $4.5 trillion balance sheet next month and a European Central Bank that is starting to talk about tapering its bond purchases. It's that second part that has traders on edge, as it will not only signal the end of the post-crisis era of excess monetary accommodation but will come as Congress gears up for its annual debt-ceiling tussle.

In the meantime, the Trump administration is reeling from internal conflicts that have led to high-level departures, the lingering after-effects of the Charlottesville protest, geopolitical tensions in the form of North Korea and looming trade wars with China, Canada and Mexico, among others.

What this means is that as solid as the economic outlook seems to be with gross domestic product expanding in the 3 percent range and consumer confidence holding at elevated levels, the markets have shifted their focus toward the messy political landscape. The likely struggle over the debt ceiling will divert Congress from any real legislative work, and the uncertainty regarding the Trump administration’s tax and infrastructure plans has left business planners whistling in the dark. It's no wonder that bond traders are hesitant to push yields too much in any direction. In fact, this environment could last for quite some time with the Fed not seen raising interest rates until December -- at a minimum. While the Fed continues to insist that wage-driven inflation pressures are just around the corner, the markets aren’t buying it.

Many traders are convinced the Fed is very near the end of this hiking cycle, and the recent stumble in the equity and the credit markets added to their conviction. Cash that had been on the sidelines is pouring into Treasuries in search of a haven. Hedge funds and other leveraged speculators in the futures markets are maintaining their bullish positions as bets on a December rate shrink each time the inflation data misses on the downside and with each surprise tweet from the White House.

At this point, volatility-starved traders may need to wait until 2018 for the spark that gets the bond market moving again. By then we will likely have a new Fed Chair, the central bank will be cutting is balance sheet by $200 billion, the budget deficit will be getting much wider and the ECB will be pumping less money into markets via its quantitative easing measures.