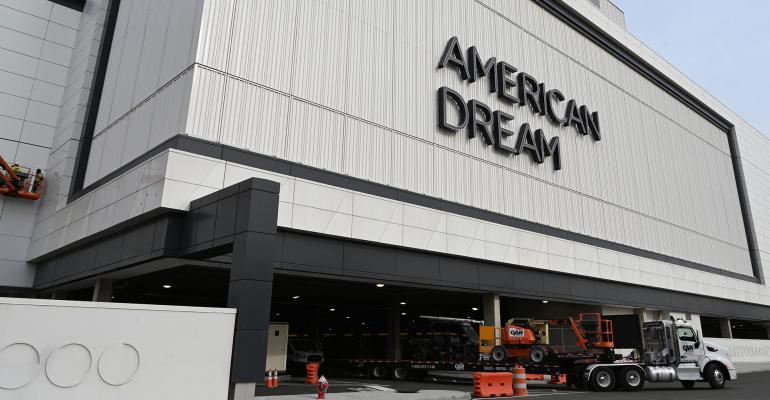 The Crazy Junk-Muni Market Makes More Sense Than Ever

There will always be risky projects looking for money, but today’s investors are better equipped to handle losses.

(Bloomberg Markets) -- When I hear complaints about some of the riskier municipal bond deals in the market today, I think back to my “map talk” in 1999.

I was the lunchtime speaker at the National Federation of Municipal Analysts advanced seminar on high-yield bonds in Santa Monica, Calif. Without any props or projections, I took the roomful of bankers, analysts, and investors on a virtual tour of many of the interesting—even fabulous—transactions I’d written about in Grant’s Municipal Bond Observer over the previous few years.

We visited a de-inker (which recycles old newspaper into new rolls of paper) in Massachusetts and a 1938 vintage aquarium in Florida. We stopped in Alabama to see VisionLand, a water theme park showcasing the history of Birmingham’s steel-smelting business, then took a side trip to a nearby recycler of dead poultry (the backers used the term “broiler mortality”) into chicken feed. Then we went to a museum, the Great Platte River Road Memorial Archway, which the backers expected “virtually every Nebraska resident [to] eventually visit in his or her lifetime.” We saw a series of golf course housing developments in the California desert. And much more.

All of these projects, about a dozen in total, were built by municipal bonds. Almost all had been sold in denominations of $5,000 to anyone willing to stomach the risk. And all of them either had—or would soon—default.

The vintage-aquarium bonds were originally offered in minimum denominations of $100,000, but the underwriter couldn’t sell them all. So they were restructured to sell in the usual $5,000 amounts, opening the deal, which featured 8.5% coupons, to one and all, including unsophisticated mom and pop investors. Several members of the original financing team, including the bond counsel, counsel to the town, and trustee, resigned in disgust.

After my talk, I remember trailing two analysts out the door and hearing one say, “That was pretty funny,” and his companion responding, “Yeah, until he got to your deal.” That made my day.

The underlying messages of my map talk were:

And: You sold most of them to individual retail investors.

And: Are you out of your minds?

Of course, the 1990s was a particularly frothy period in public finance, when it looked like retail investors would buy almost anything in the municipal market. One of my prized relics from the time is a banker’s presentation from that same conference that lays out the details of a number of proposed transactions, including the Las Vegas monorail (financed and went bust) and a theme park called the Wonderful World of Oz, to be built, of course, in Kansas (unfinanced).

At the time, I thought this must represent some kind of a peak. In 2000, two Heartland Advisors’ high-yield municipal bond funds had to write down their net asset values because so many of the bonds they held defaulted. Of the 54 bonds in one fund, 27 ran into some kind of distress, which still must be some sort of muni market record. I thought that surely would ruin people’s appetite for risk. But no, this market was just getting revved up and would hit its peak only after the financial crisis in 2008—when investors across the credit spectrum quickly became much more cautious.

It wasn’t until 2017 when, putting together the daily Municipal Market brief with my colleague Amanda Albright, I thought, “Wow, junk is back.” One of Amanda’s stories, literally about a garbage recycler, was headlined “ Junk-to-Jet-Fuel Company Tapping Muni Market With Unrated Deal.” This wasn’t the only such transaction. There were a number of visionaries who tapped the muni market for projects designed to take one form of waste and turn it into biofuel that year. In January 2018, I decided to give another virtual map talk, this time to the Bond Attorneys Winter Workshop in Palm Beach, Fla.

I took the lawyers who attended the speech on a virtual tour of some of the most noteworthy projects that had recently issued municipal bonds: New Jersey’s American Dream Mall; a private plane terminal in Westchester County, N.Y.; Elvis Presley’s home, Graceland, in Memphis; and a new high-speed train in Florida. Not to mention two biofuel refineries in Nevada and Oregon. In total we made 17 stops. So-called story bond issuance—sales of bonds that have a unique story behind the project—had really revived. This time almost all of them were sold in minimum denominations of $100,000, $250,000, or $500,000, and usually only to qualified institutional buyers as defined by the SEC’s Rule 144A. This shows how muni junk has changed for the better. Even just using high minimum denominations such as $100,000 reduces the risk that junk will wind up in unsophisticated investors’ accounts.

When I returned the following year, I told the lawyers “Remember last year’s tour? Well, I could easily give an expanded one this year!” And this pace has continued, more or less unabated. Yes, the Federal Reserve is raising interest rates, and that has choked off some deal flow, especially refundings, but there’s always some new recycler or private plane hangar operator or convention center hotel developer who wants to bring a new deal. The warnings have started to get serious: In September, Matt Fabian and Lisa Washburn of Municipal Market Analytics urged vigilance as challenges mount across key industries including hospitals, higher education, and senior living centers. The same month, the Securities and Exchange Commission accused four municipal bond underwriters of failing to comply with disclosure rules when selling the debt to investors.

Now, of course, “junk” and “municipal bonds” really shouldn’t be used in the same sentence. Municipal bonds stand for safety and preservation of capital and predictable income and state and local governments pledging their taxing powers to holders of their securities. Junk represents speculation, the new and novel—and quite possibly financial oblivion.

Good old municipal bonds have a default rate of a fraction of 1%. In 2003, Fitch Ratings did a study showing the default rate on muni junk was closer to 15%. I haven’t seen this study replicated, and it remains for me a good yardstick. Municipal Market Advisors, the independent research firm, recently said that 0.37% of all outstanding municipal bonds, excluding Puerto Rico’s, are currently in payment default. If someone comes up to you and says, “Now we’re selling munis to finance a theme park called the Wonderful World of Oz, in Kansas,” your response should be, “You’ve got to be kidding me,” not “Of course you are.”

Except “Of course you are” is usually the actual answer, has been for decades, is now, and will continue to be. The reason: Junk munis are used to finance everything from charter schools, assisted-living facilities, and real estate developments to recycling mills and tourist attractions. Even if investors lose their taste for the nuttier story bonds, they are unlikely to walk away from risk entirely, because it represents yield in a market where returns are typically slim.

There’s junk, and then there’s junk, and a lot goes into how you define it. Is it just deals rated non-investment-grade? What about the unrated market? A lot of small, plain-vanilla, infrequent municipal bond issuers go to the market without credit ratings. I once calculated that their tax-backed deals priced around an A level. They’re not junk.

To me, the only way to define junk is to count deals sold in minimum denominations of $100,000 and up. They’re usually unrated, and they’re usually sold only to qualified buyers. This categorization might miss some speculative-­grade deals, but not many.

Most of the migration of junk to this minimum-­denomination, qualified-buyer market is the result of regulatory reform. In the ’90s, after the Colorado real estate market went bust, the state demanded that the riskiest development bonds used to finance real estate construction, which then defaulted, be sold in these higher minimum denominations.

I could give you the alphabet soup progression of this, featuring exemptions from Rule 15c2-12 disclosure rules out to the codification of sophisticated municipal market professionals in Municipal Securities Rulemaking Board Rules D-15 and G-48, but a little of that goes a long way. I like to think that self-preservation and perhaps even a sense of decency had something to do with it. Remember that the MSRB is the industry’s self-regulatory organization.

Because what happens when a speculative project defaults? For an individual investor who might have three or four names in his or her portfolio, it’s a catastrophe. For a professional manager with 300 or 400 credits, it’s a footnote.

And this is another reason why muni junk is flourishing: the growing professionalization of the municipal market. Beginning in 1981, the household sector became the dominant holder of municipal securities, overtaking depository institutions, which had been the big players since 1965, according to the Fed’s Flow of Funds data. It’s little wonder that retail got stuck with junk in the ’80s and ’90s—retail investors were the big muni buyers.

Mutual funds only became a factor in municipals in the mid-’80s (although they first show up in the Fed’s data in 1976). Today we have mutual funds, closed-end funds, exchange-traded funds, and international buyers all pursuing municipal bonds and all looking for yield. Not to mention hedge funds, private equity funds, personal trusts, and separately managed accounts. The number and variety of buyers has grown even as annual sales of municipals have averaged around $350 billion over the past 10 years, and keep in mind that most of that is investment-grade, bound for the individual, retail market.

This growing number and diversity of sophisticated buyers explains why junk lives. And this is why, in another decade or two or three, whoever the municipal market columnist is at that time will be able to give a map talk.

Mysak writes about the municipal debt market for Bloomberg News in New York. This column doesn’t necessarily reflect the opinion of Bloomberg LP and its owners.