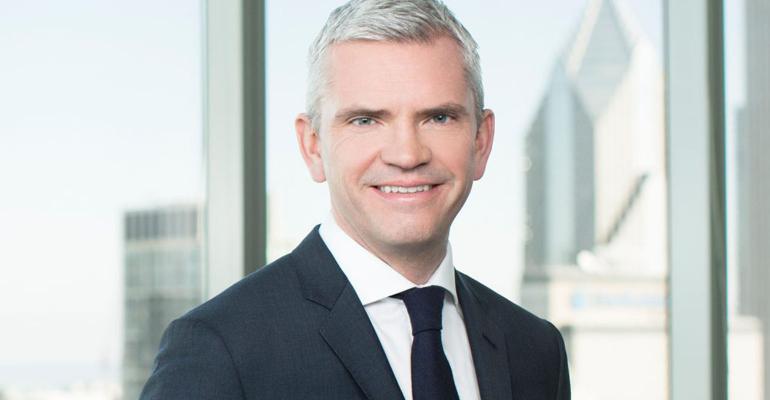 Citadel Securities will start making markets for investors in all older Treasuries, broadening an effort it started in February.

(Bloomberg) --Citadel Securities is ratcheting up its head-to-head fight against the world’s largest banks as it seeks to handle a greater share of investors’ trades in the $14 trillion Treasuries market.

The electronic market-maker has been a presence in inter-dealer Treasuries trading for more than a decade. Now it’s deepening its reach into the client-to-dealer arena -- a longtime bastion of Wall Street banks that’s proven tough for newcomers to crack and makes up almost half of daily turnover.

On Wednesday, the firm, which also deals in asset classes such as stocks and swaps, will start making markets for investors in all older Treasuries, broadening an effort it started in February. Citadel Securities, founded by Kenneth Griffin, who also created the Citadel hedge fund, is seeking a bigger share of the roughly $500 billion-per-day Treasuries market. Electronic market-makers and high-frequency traders have been making inroads for years in the interdealer business as banks retreated amid post-crisis regulations. But Citadel is virtually alone in also venturing into the investor-to-dealer segment.

“You can’t hope to be fully relevant in Treasuries to a global client base -- whether it is Japanese mega-banks, sovereign wealth funds, domestic asset managers or hedge funds, without being involved in the entire complex of securities,’’ said Paul Hamill, global head of fixed income, currencies and commodities at Chicago-based Citadel Securities. “We’re logically building this business up in layers and always knew we’d have to add all the off-the-runs.”

In the first quarter of last year, the firm entered the client-to-dealer market when it started trading with investors in benchmark Treasuries -- the most recently issued, and most frequently traded, debt for a given maturity. In February of this year, it also began acting as a middleman for investors in older securities, known as off-the-runs. It focused on non-benchmark Treasuries through the sixth most recently issued offering. Now it will deal in all seasoned Treasuries, which change hands less frequently as most traders prefer using the newest maturities for directional bets.

“Firms like Citadel, while they may not be able to compete on the capital side of the equation with large banks, make up for it through technological sophistication and their ability to be nimble,” said Anthony Perrotta, chief executive officer of research firm Tabb Group LLC. Combined with their involvement in hedging an array of asset classes, it can “potentially provide them with the ability to punch much bigger above their weight in Treasuries.”

Citadel’s initiative comes as banks’ presence in the market and their relationship with clients has evolved in the post-crisis era.

The largest banks devoted about $300 billion on their balance sheets to facilitating Treasuries trading last year, compared with $430 billion in 2010, according to Tabb Group. At the same time, more client business is flowing to fewer dealers: The five largest handled 58 percent of the volume in 2016, up from 43 percent in 2006, Greenwich Associates data show.

“Part of a clamoring we saw from our clients to push into the off-the-runs was the result of the concentration of liquidity that has occurred,’’ said Michael de Pass, head of Treasuries trading at Citadel Securities. “It really was a perfect situation where opportunity met demand from the client side. We are trying to penetrate and improve a market that is dominated by a handful of players.’’

Citadel says its Treasuries trading volume doubled last quarter, although it won’t specify the level, while it added about 300 institutional clients. In 2016, the notional value of Treasuries it traded amounted to $5 trillion, including business with investors and dealers, according to the firm. Hamill predicts that will increase this year.

Citadel Securities provides liquidity in Treasuries to institutional investors on electronic platforms of both Bloomberg LP -- the parent of Bloomberg News -- and Thomson Reuters Corp.’s Tradeweb Markets LLC, as well as over the phone. Voice execution accounts for about 25 percent of its Treasuries market-making with investors, the firm says.

The 10-year Treasury yield was little changed at 2.15 percent on Wednesday.

The group spearheading market-making in Treasuries has doubled to 18 since de Pass, a former trader at Bank of America Corp., joined in August. The staff includes sales personnel, traders, quantitative researchers and technology developers. Across fixed-income, currencies and commodities, personnel total 55.

But breaking into the dealer-to-client market is no cakewalk. One hurdle is the long-term relationships banks have forged with the major buyers and sellers of Treasuries, including central banks and sovereign wealth funds. As much as $250 billion trades in this segment daily, according to Tabb Group.

“It’s very difficult to build a customer business from scratch, but Citadel seems to be taking the right steps,” said Jim Greco, a co-founder of Direct Match Holdings Inc., a Treasuries-trading firm that failed to launch in part because it struggled to break the banks’ grip on the market. “It’s always good to have more players in the marketplace. And there is critical need for liquidity providers in off-the-runs.”

Citadel Securities has another ambition in Treasuries -- to eventually join the ranks of the Fed’s primary dealers, and it anticipates that will take several years to achieve.

“We have some work to do in building out our Treasuries product set,” Hamill said. “And once we achieve a level consistent with a primary dealer, then we can think about the application process.”