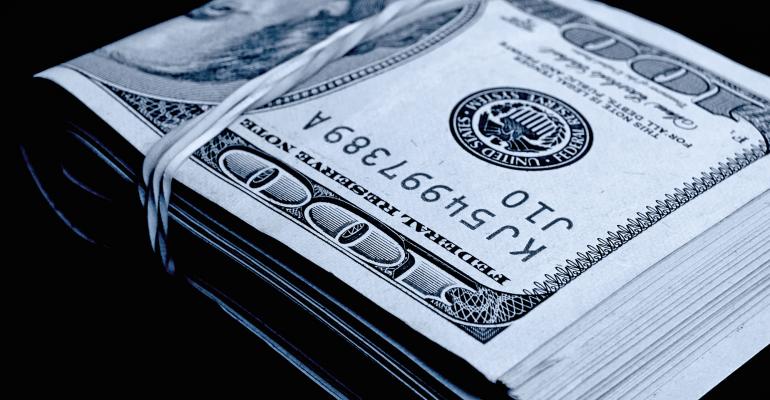 Cash Is (Once Again) King

Money market funds have benefited from the rise in interest rates; some say that makes them an attractive option for clients’ cash.

Money-market funds, often used as a cash equivalent in some investors’ portfolios, fell out of favor after the 2008-09 financial crisis, with yields dropping to 0.1 percent in many cases. But the Federal Reserve’s interest-rate hikes, which began in December 2015, have changed the equation for the better.

That obviously makes the funds a lot more appealing now. “Money-market funds are back and better than ever,” says Chris Litchfield, a retired hedge fund manager in Greenwich, Conn. who now invests actively for himself. “It’s absolutely the right thing at the right time.”

He and others note that in some sense this is a return to normal. Prior to the financial crisis, in 2007, many money-market funds yielded 5 percent or more. But the crash of the banking industry led the Fed to push short-term interest rates to almost zero.

Now things are different. The Fed has raised rates six times over the last two-plus years, most recently in March, leaving the federal funds rate target at 1.5 to 1.75 percent. And Fed officials indicate another two to three rate increases are likely this year.

As long as the Fed keeps pushing rates higher, money-market yields should rise. By the end of the year, money-market fund yields could push 2 percent, says Peter Crane, president of Crane Data. The slew of Treasury-bill issuance also is boosting money-market yields, he says. The Treasury sold $330 billion of T-bills in the two weeks ended April 6 alone.

“Certainly, cash is looking better than it has in a long time,” Crane says. And he’s not the only one who feels that way. Money-market fund assets climbed about 1 percent in 2017, the first advance in seven years. They now total $2.97 trillion.

The Vanguard Prime Money Market Fund (VMMXX) represents an attractive choice, Litchfield says, yielding 1.73 percent as of April 6. “That’s not too bad with inflation around 2 percent,” he says. To be sure, not everyone is gung ho on money-market funds. “It’s so important for people to understand that even though money-market funds are historically safe and new regulations should make them even safer, there is still some risk,” says Christine Benz, director of personal finance for Morningstar. “They don’t have iron-clad guarantees from FDIC insurance” like savings accounts do.

During the financial crisis in 2008, the Reserve Primary Fund became the first money-market fund since 1994 to break the buck—reduce its share price below $1—because of its exposure to Lehman Brothers debt securities.

“The FDIC insurance may be protection well worth obtaining, even though it sometimes means giving up yield,” Benz says. And now, there’s not much sacrifice in opting for an online savings account. Several yield 1.75 percent or more. “In times like now, it’s hard to make a case for money-market funds over FDIC-insured accounts,” she says.

If your client wants to withdraw cash from savings, both money-market funds and online bank accounts take a bit of work. With a money-market fund, clients sell shares in the fund with overnight settlement. And with online savings accounts, they can transfer funds to a bank or brokerage account.

Individuals investing directly with discount brokerages can use money-market funds as their core account, allowing them to write checks and buy securities directly with the account. The funds can yield more than 1.3 percent. But advisers are generally stuck with sweep accounts for their clients, and these can yield less than 0.2 percent.

On the exchange traded fund, there are no pure money-market ETFs now. Rather, there are several ultra-short bond ETFs, such as PIMCO Enhanced Short Maturity Active ETF (MINT). The share prices of these funds will generally dip when interest rates rise, so they aren’t a cash substitute. The Securities and Exchange Commision is likely to allow pure money-market ETFs soon, Crane says.

But the need isn’t exactly clear. There’s little advantage to buying or selling money-market funds intraday, as the net asset value generally stays at $1. And if the ETF share price strays from net asset value, that presents another worry.

In any case, with interest rates rising, it’s important to focus on what your customers are earning from cash. “Not enough people are paying attention to this kind of thing,” Litchfield says. “We’re in a year when the market is plus or minus 4 percent at any given time. You want to manage that almost 2 percent that you can add to your portfolio.”

It’s important to guide your clients on this issue. “They should be aware that money-market funds are superior compared to other alternatives and are getting more so by the day,” Litchfield says.