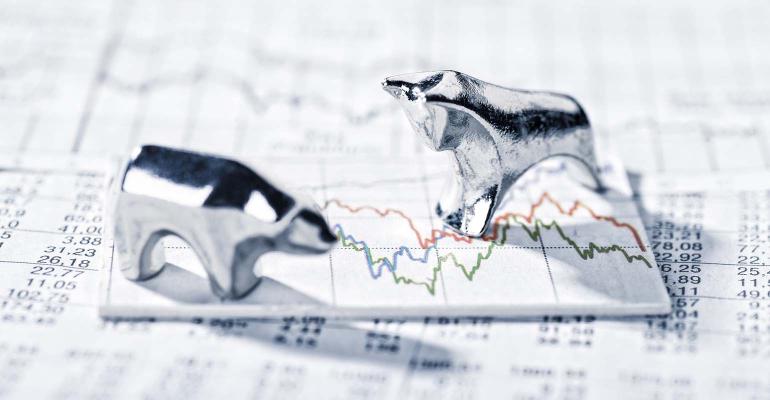 The Bullish Cases for Bonds Are All Premature

Fixed-income assets don’t always do well in a recession, especially when inflation caused the downturn.

(Bloomberg Opinion) -- There was a time, some 12 years ago, when I bowed to no one in my enthusiasm for bonds. Longer-dated government debt yields had surged after the global financial crisis. Yet for various reasons, inflation was likely to remain subdued, I argued. US Treasuries and even German bunds yielded about 3.5% at the time. Although headline inflation waxed and waned, it consistently came in below forecasts for the next 10 years.

For the past 18 months I have warned that inflation would surprise to the upside and investors should sell bonds in the US and Europe, which were, by any yardstick, insanely expensive. I also said rising bond yields would negatively impact most other financial assets. With yields having risen as anticipated, there is now a swelling chorus arguing that bonds are a buy. They’re wrong. Although yields on shorter-dated bonds might find some support for now, those on longer-dated bonds have much further to rise.

If some bullish arguments are better than others, others are just, well, bull. Into the latter camp goes the argument that yields are higher, so buy. Well, yes, they are higher. But the rise in yields doesn’t necessarily make them a good buy now. That yields on corporate bonds are their highest in 11 years is only true in the US and is irrelevant when inflation is the highest in 40 years.

Another claim by the bulls is that after the recent rout, putting longer-maturity, higher-quality debt in portfolios will help diversify them. It won’t. Returns on government bonds and equities were largely positively correlated for many years before the turn of the century. This meant there was little or no diversification benefit to holding both. In the late 1990s, after having spent many years fretting about inflation, investors started to worry about growth and disinflation. Correlations flipped the other way. They are now becoming more positive again and will become increasingly positive until markets stop worrying about inflation. Adding longer-dated bonds simply adds to portfolio risk.

A much better argument, whatever you think about longer-term valuations, is that bonds are oversold. Total returns on long-dated US Treasuries have never been worse relative to recent trends in data going back to 1926 (though they were worse in the early 1980s in inflation-adjusted terms). The performance of German, French and even Italian bonds has been about as extreme as anything since World War II on the same basis.

One problem I have with this argument it is that the sell-off in fixed income assets has been so savage because such securities were so insanely expensive. The macroeconomic backdrop has changed more swiftly than anything I have seen, but it is only recently that investors and central banks have started to wake up to how entrenched these problems are, hence the chunky sell-off this year. The US Federal Reserve has only just started to raise interest rates and reduce the assets on its balance sheet. The European Central Bank is still buying bonds, albeit at a much slower pace, and its main short-term rate is unchanged at minus 0.5%. Consumer inflation is 7.5%.

Whatever their shorter-term direction, the outlook for bonds relies on what happens to inflation, interest rates and economic growth. The global economy is clearly slowing. China and Europe are probably in recession. Yet inflation has accelerated. You might reasonably argue that inflation is a lagging indicator and might slow later this year. You might also argue that bonds generally do well in recessions. But they don’t always do well, especially if inflation is the very thing that is causing the problem and — crucially —if investors in longer-dated bonds are not rewarded for the risk of higher rates and faster-than-expected inflation. Recall that bonds performed badly in the recession of the mid-1970s after the break-up of Bretton Woods and the first oil shock. Longer-dated US bond yields are still too low even given the sharp drop in inflation rates that markets predict. In Europe and the UK, yields are even more minuscule. And inflation, I would aver, will continue to come out stronger than expected.

One of the many surprises the past couple of years has been the rise in commodity prices along with the dollar. In the past, strong commodity prices generally went hand-in-hand with a weaker greenback. A stronger dollar doesn’t really help suppress US inflation because most global trade is denominated in dollars. But a very weak euro makes the ECB’s problems worse by increasing import costs for things such as oil and gas that are on a tear. Even though that is its primary legal mandate, the ECB is no longer an inflation-targeting central bank because it fears the consequences of higher rates on weaker countries in the euro. But pressure on it to do something can only rise as a weak currency pushes inflation rates higher. I would continue to shun longer-dated US and European debt.

To contact the author of this story:
Richard Cookson at [email protected]