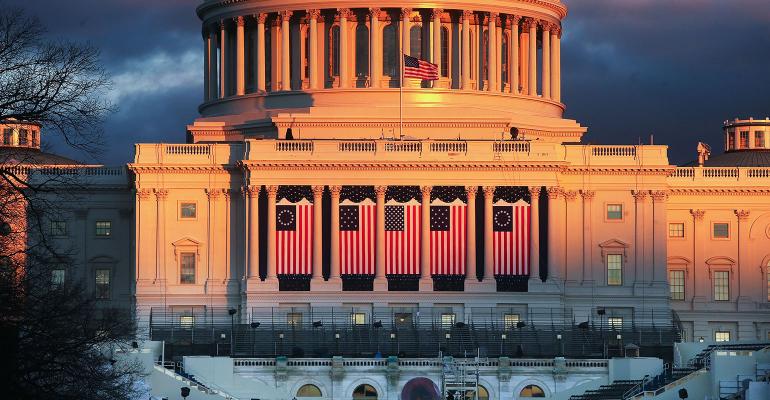 A roundup of what some of the biggest money managers are doing with their Russian holdings going into the inauguration.

That’s the message from some of the investors who took home world-topping returns from the so-called Bromance trade ignited by Trump’s pledge to cozy up with Vladimir Putin. As the presidency becomes a reality, money managers at Schroder Investment Management and RAM Capital are considering reducing holdings if they don’t get evidence that he will take concrete steps to mend frayed relations with the Kremlin, including lifting sanctions.

A U-turn in U.S.-Russian relations, which deteriorated to a post-Cold War low under Barack Obama, could prove hard to achieve in practice. Many key Republicans in Congress support keeping sanctions in place, particularly after intelligence agencies reported evidence last month that Russia was behind hacking during the November election. Trump himself subsequently conceded that he’d keep sanctions “for a period of time” and officials in Moscow are said to be skeptical about prospects for a reset in relations.

Any further signs that the detente is all bluster could trigger a correction in a rally that has sent the ruble to a 17-month high, stocks to a record and Russian bond yields to levels last seen before the nation’s invasion of Crimea in 2014. Russia’s currency weakened 0.2 percent on Thursday after the government said it may restart foreign-currency purchases to tame volatility.

Below is a roundup of what some of the biggest money managers are doing with their Russian holdings going into the inauguration.

“There are a lot of things that need to happen before sanctions get lifted.” Investors may take profit on Russian debt after the inauguration “because we’ve come so far, so fast and then you have to wait for implementation, and that’s not going to happen overnight.”

“Until we have evidence to the contrary, we’d work on the basis that Trump is in Russia’s pocket. We think sanctions will be lifted very soon. That said, Russian assets have already done very well and we’d need to see stronger oil prices to add.”

* Ogeday Topcular, a managing partner at RAM Capital in Geneva. Holdings: Helps oversee $300 million, has been reducing exposure to ruble assets since December.

“Trump seems to be a loose cannon so all bets could be off. Lifting sanctions would be complicated as first of all Trump needs to sell this move to the Republican party. The expectation of profit-taking after the inauguration would be valid for all markets, not only for Russia.”

“Some people may be too optimistic about the potential easing of the sanctions. One should not forget that, although the role of the U.S. leader is important, democratic institutions are strong in the U.S. They can moderate the President’s activities if they go against the sentiment of the majority in Congress.”

“I don’t expect an easing of sanctions in the near future. What benefit does America get from removing sanctions so soon after Trump is president? Not much, from my perspective. There has to be something in it for Trump as well.”