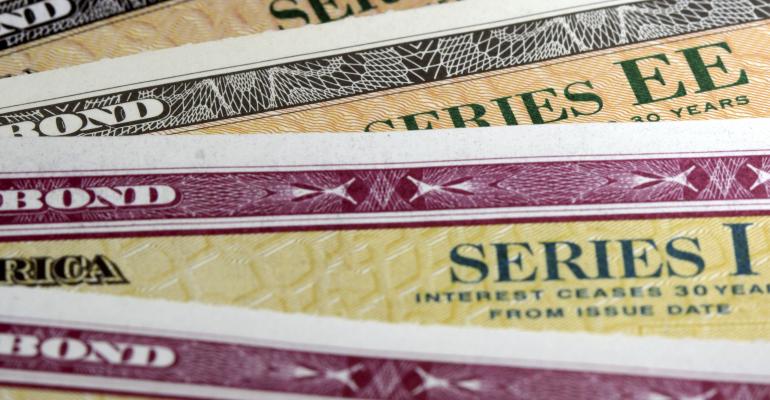 Bond Vigilantes to Trump: Be Careful, It Could Get Painful

When it comes to Donald Trump’s plan to “Make America Great Again,” the bond market is sending the president-elect a simple and unambiguous warning.

(Bloomberg) --When it comes to Donald Trump’s plan to “Make America Great Again,” the bond market is sending the president-elect a simple and unambiguous warning: be careful, or it’s going to cost you.

In the days after the billionaire scored a stunning victory with a mix of populist rhetoric and promises to cut taxes, rein in immigration and spend big on infrastructure, America’s financing costs have unexpectedly soared. Yields on Treasuries jumped, contributing to the biggest surge since the “taper tantrum.”

Part of it, of course, has to do with expectations Trump’s fiscally expansive, pro-growth agenda will spur faster inflation. But crucially, it serves as a not-so-subtle reminder that America’s creditors can still wield considerable power to constrain public spending, and force the incoming administration into making some hard choices about the proposals it can and cannot afford. It was those “bond vigilantes” who famously compelled President Bill Clinton to scale back an ambitious domestic agenda -- which included a middle-class tax cut -- during his first term to focus on deficit reduction instead.

“Trump has all these big spending plans, but he doesn’t have the revenue to pay for it,” said John Bredemus, a money manager at Allianz Investment Management, which oversees more than $700 billion. “As rates go up, funding costs go up and deficits get worse. The reality will kick in at some point that you just can’t get a lot of this stuff done.”

Economic Priorities
The details haven’t all been fleshed out, but as part of his plan to jump-start the U.S. economy, Trump has pledged to reduce personal taxes across the board, reduce corporate taxes to 15 percent from 35 percent and spend $1 trillion to rebuild and improve the nation’s crumbling infrastructure. Some costs would be offset by a one-time repatriation tax of 10 percent for companies, which hold some $2.6 trillion abroad.

He has also promised to build an impenetrable wall along the U.S. border with Mexico to keep out undocumented, low-wage workers, and to replace portions of President Barack Obama’s signature health-care law.

So far, no one is suggesting Trump will face the same degree of pushback from the bond market that Clinton confronted in 1994 (when worries about profligate spending sent 10-year yields past 8 percent), because borrowing costs are so low and foreign demand for U.S. debt has been so high.

Supply, Demand
But the situation might be starting to change. In the two days after the Nov. 8 election, 10-year yields rose 0.3 percentage point to 2.15 percent, adding to a weekly jump that was the largest since June 2013.

Today, yields jumped to 2.25 percent, while the 30-year bond yield surged past 3 percent for the first time since January.

Hardly anyone on Wall Street saw it coming. None of the 65 analysts surveyed by Bloomberg said 10-year yields would rise above 2 percent by year-end.

Worries that a wave of spending under Trump will widen the budget deficit and lead to faster inflation have already prompted some investors to step back from Treasuries. On the day following his victory, demand at the government’s sale of $23 billion of 10-year notes fell to the lowest since 2009.

A sustained retreat, especially by foreign investors who have been the biggest source of demand in the $13.8 trillion Treasury market, could potentially undermine Trump’s spending plans even before he takes office.

According to estimates from the Committee for a Responsible Federal Budget, Trump’s economic proposals would result in $5.3 trillion of borrowing and push America’s debt burden to 105 percent of its gross domestic product, from 75 percent of GDP now. Last week, Fitch Ratings warned that Trump’s fiscal policies would be negative for America’s creditworthiness.

Debt Burden
And that’s not counting the extra $10 trillion of debt the government will need to cover the rising cost of programs like Social Security and Medicare over the next decade, according to the Congressional Budget Office. Net annual interest costs alone are expected to almost triple by 2026, the CBO said.

“We suggest that investors diversify away from fixed income if they can,” said Massimiliano Castelli, head of global strategy at UBS Asset Management, which oversees about $660 billion. “The bond bull run which has lasted for more than two decades will have to come to an end at one point, but the victory of Trump probably brings this on earlier than previously thought.”

Those who are buying have responded by demanding more to own longer-term Treasuries. The 10-year term premium, a measure that prices in unexpected risks as well as changes in perceived demand relative to future debt supply, has surged in recent days and is now on the cusp of turning positive for the first time since early this year.

DoubleLine Capital’s Jeffrey Gundlach, who predicted last month that Trump would win, said on Tuesday he wouldn’t be surprised if 10-year yields are at 6 percent in four or five years as inflation outpaces economic growth.

To some, the threat of higher borrowing costs may do little to deter Trump’s ambitions. As a businessman, he often used high-cost debt to fuel expansion at his casinos and hotels, even as some defaulted on bondholders and others ended up in bankruptcy. In May, Trump said that if the economy were in a prolonged slump, he might use his business skills to push America’s creditors to accept writedowns on their government debt.

“Trump is going to do whatever he sees fit and not give too much attention or concern about the bond market,” Stephen Jen, the chief executive officer of Eurizon SLJ Capital and a former International Monetary Fund economist.

Nevertheless, BlackRock Inc.’s  Rick Rieder sees a rare window of opportunity to put much of Trump’s agenda in place without having the U.S. taxpayer bear all the costs, which could avert a potential backlash among bond investors. Public-private partnerships, combined with historically low funding costs, a Republican-controlled Congress and demand for infrastructure-secured financing will all work in Trump’s favor.

Cost Benefit
“The window to do it right, I would argue, has never been greater,” said the chief investment officer of global fixed income at BlackRock, which oversees $5.1 trillion. “The fact that you now have a totally Republican Congress means you’ll actually be able to get fiscal policy through is a big deal.”

Even if investors give Trump the green light, fiscal conservatives in his own party might not. Led by the Tea Party faction, congressional Republicans have clashed numerous times with Obama over spending priorities and the doubling of the national debt under his administration’s watch. But now, more debt-financed spending is what Trump and his advisers are advocating to spur the economy. In October, Trump claimed his plan would unleash growth of 5 percent or 6 percent -- about double today’s pace.

“Business people like Mr. Trump understand you can grow yourself out of excessive debt,” Trump economic adviser Anthony Scaramucci wrote in an opinion piece in the Financial Times over the weekend.

Beaten Back
Whatever the case, keeping the bond market on board will be key. In recent years, the global savings glut and rock-bottom rates helped keep Treasuries in demand. But any misstep now could be disastrous. Based on duration, a one percentage point increase in yields would lead to more than $400 billion in losses, which might cause investors to push borrowing costs even higher.

That could have lasting consequences on Trump’s ability to get America back on track.