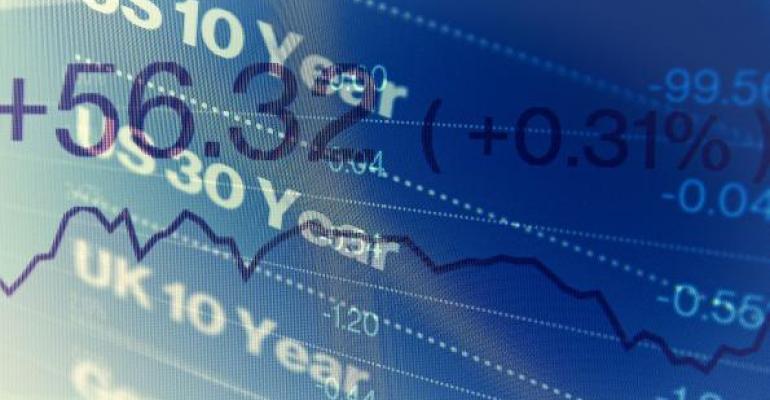 “If you’re a long-term holder of bonds for income, then this rise in yields will be a good thing.”

(Bloomberg) --In the wake of Donald Trump’s victory, much has been made about the stunning selloff in the U.S. bond market.

Traders have described it as a bloodbath and a seismic shift. Some have even dubbed it a Trump tantrum, in a nod to the Fed-induced rout of 2013.

But for those that rely on fixed-income assets for what the name actually suggests — a fixed income over time — it couldn’t have come at a better time. Pension funds, which for years have struggled to keep up with their obligations as yields plumbed new lows, are now in line for a $100 billion reprieve as interest rates increase. Savers may finally see the interest they get from Treasuries rise after more than a decade of declines. And for banks, higher yields could also mean billions in extra income.

“Our investors have been waiting and waiting for a long time for this day to come,” said Kathy Jones, the chief fixed-income strategist at Charles Schwab & Co., which has $2.7 trillion in client assets. “If you’re a long-term holder of bonds for income, then this rise in yields will be a good thing.”

After being largely left behind in the era of cheap money, savers may ultimately emerge as the big winners in a world where Trump is president. Yields on 30-year Treasury bonds have risen almost a half-percentage point since the election to 2.99 percent, as Trump’s ambitious spending plans prompt traders to ratchet up their expectations for inflation and growth.

There’s no sugarcoating the move, as the surge in yields resulted in losses of 8 percent in just 10 days. But the silver lining for investors focused on long-term income (rather than short-term returns) is that, when it comes to bonds, any selloff paves the way for higher future returns.

That’s especially important as yields have all but vanished after central banks such as the Federal Reserve implemented easy-money policies and dropped interest rates to rock-bottom levels. Since 2007, the income that investors get on interest payments from Treasuries has fallen from an average of 5.1 percent to just 1.86 percent this year, data from Bank of America Corp. show.

Historically, interest has been the key component of bond performance. From 1986 through 2008, prices of Treasuries have fallen 11 times over the course of a year. Yet only twice, in 1994 and 1999, did investors end up losing money, because the higher rates outweighed the decline in value. In the post-crisis era of ultra-low yields, that’s changed. In the four years prices fell since 2009, Treasuries have twice posted negative total returns.

U.S. companies that oversee $3 trillion in pension assets would be among the biggest winners. A half-percentage point increase in yields in the last two months of the year would cut future liabilities of the 100 largest defined-benefit plans by $109 billion, according to an estimate by Milliman Inc., a pension advisory firm.

In an ideal world, the plans could exactly offset their promises to retirees with bonds of matching maturities. But as yields fell, they turned to stocks to make up the difference. As funded ratios improve, they’ll rotate back to buying bonds, said Zorast Wadia, a principal at Milliman.

Many individuals feel the same way. Take Mary Lee Wegner, a 55-year-old lawyer who lives in Sherman Oaks, California. She says higher rates will help boost the income of her 90-year-old mother, who has her life savings in certificates of deposits. One-year deposits, which provided interest of about 5 percent a decade ago, now pay just 1.2 percent, according to Bankrate.com.

“My parents were from the Depression era, so I was always taught to save,” Wegner said. “It would be nice if my cushion was actually making a little bit of interest instead of sitting around making nothing.”

It’s not just savers. Bank executives, who have seen their profits squeezed as yields have fallen, may now get a long-awaited bump as the gap widens between what they pay on deposits and what they earn on investments. Known as net interest income, it makes up on average about 65 percent of banks’ revenue, according to Marty Mosby, an analyst at Vining Sparks, a brokerage that specializes in financial institutions.

In a third-quarter call with journalists last month, Paul Donofrio, Bank of America’s chief financial officer, said a percentage-point increase in yields across all maturities would lift the lender’s net interest income by $5.3 billion in the next 12 months.

“Banks probably benefit the most,” Mosby said. “Rates got to a point where banks couldn’t really make any money off them. Being able to re-create the spread on deposits as rates move higher is really important.”

How High?
How high can interest rates climb? DoubleLine Capital’s Jeffrey Gundlach, one of the few in the bond market to predict a Trump victory, said he wouldn’t be surprised to see yields on 10-year Treasuries reach 6 percent within four or five years as inflation outpaces economic growth. That may seem impossibly high for some, but it’s actually about the average over the past 35 years.

Though he remains an outlier, 10-year yields have already risen a percentage point since falling to an all-time low of 1.318 percent in July. And Trump’s policies may encourage rates to head even higher.

“When rates pop up really fast like this, people who have some cash may want to start to put some money to work” buying longer-term bonds, said Schwab’s Jones. And “we think rates will rise further.”