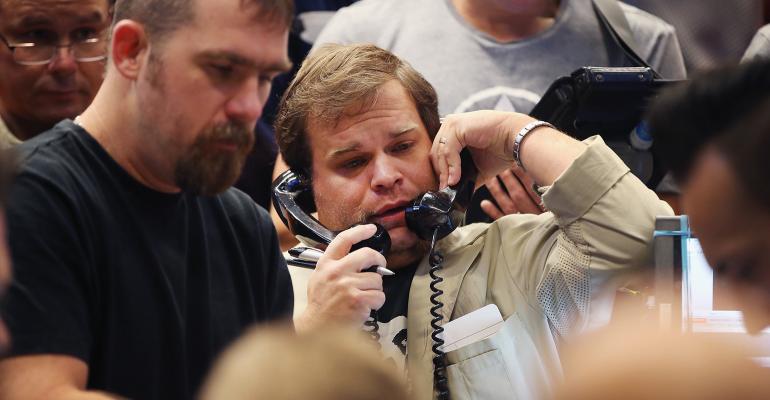 Wall Street is divided on the outlook for rates and inflation.

(Bloomberg) --For traders in the world’s biggest bond market, getting inflation right is shaping up as the key to winning 2018.

By some measures, Treasuries have become more sensitive to consumer-price data than monthly job statistics, traditionally the highest-stake set of economic figures. The shift underscores how investors are struggling with the mystery of tame inflation and whether to temper their skepticism about the Federal Reserve’s projected pace of tightening in 2018, following a likely increase next week.

Wall Street is divided on the outlook for rates and inflation. On one side, Goldman Sachs Group Inc. recommends shorting 10-year notes next year, anticipating consumer-price growth will finally quicken. Meanwhile, Morgan Stanley expects inflation to only edge higher, and sees lower long-term yields, as part of its call for a “completely flat” yield curve.

“We are very vigilant on inflation,” said Svein Floden, head of liquid alternatives America at Insight Investment Management Ltd., which manages $741 billion as a subsidiary of the Bank of New York Mellon. “There is certainly the opportunity for it to sort of creep up on us without much warning.”

So far, a robust U.S. job market has failed to spark inflation, but investors are on high alert.

In the past 12 months, surprises in the core consumer price index, which excludes food and energy, explained 58 percent of the move in 10-year yields in the two hours after the data’s release, up from 11 percent in the previous 24 months, according to JPMorgan Chase & Co.

In contrast, surprises in nonfarm payrolls, typically released the first Friday each month, explained 6 percent of the yield move, down from 46 percent over the previous two years. That reversal happened because employment -- and other so-called activity data -- is where the Fed wants it, while inflation remains too low relative to the central bank’s 2 percent target, said  Jay Barry, a JPMorgan fixed-income strategist. By the Fed’s preferred measure, inflation rose 1.6 percent year-on-year in October and has been mostly below 2 percent since 2012.

“For my whole career it’s always been the first Friday of the month is the most important data point, and it’s set the tone for the next month,” Barry said.

Now, with the unemployment rate at 4.1 percent, the lowest since 2000, “the onus is on the inflation data to drive the market’s view on where the Fed will go over the next few quarters,” he said.

While policy makers see three rate hikes in 2018, the market is pricing in just shy of two.

That’s not to say this Friday’s release of November employment statistics can be ignored. Traders will look for signs the tight labor market is spurring wage growth. Average hourly earnings probably rose at a 2.7 percent annual pace, not far off the highest levels of the past year, a Bloomberg survey shows.

The increased focus on inflation data is having a ripple effect in Treasury Inflation-Protected Securities, or TIPS. Trading volumes in short-dated TIPS have risen, and bid-offer spreads on the securities have tightened, said Bob Tzucker, head of U.S. inflation trading at Barclays Plc.

What’s more, while TIPS specialists have long measured monthly changes in the core CPI out to two decimal places, in the last year that’s become the norm for economists as well, he said.

“The scrutiny about the detail of CPI has become much more common,” Tzucker said.

That’s also evident in the correlation between market-based inflation expectations and yields, which is near the highest of the past decade, suggesting “inflation data will need to firm for yields to rise,” Barry’s group at JPMorgan said in a November report.

As traders grapple with the puzzle of low inflation, which Fed Chair Janet Yellen has called “the biggest surprise in the U.S. economy this year,” there’s no shortage of views on the outlook:

No matter how you slice it, traders may want to avoid mid-month vacations next year so they don’t miss the fireworks surrounding the key inflation data.

“The market is in a show-me state now -- priced pretty much for inflation to tick around at these levels,” said Michael Hanson, chief U.S. macro strategist at TD. “So there’s an asymmetric risk on how the market might react to the inflation numbers in 2018.”