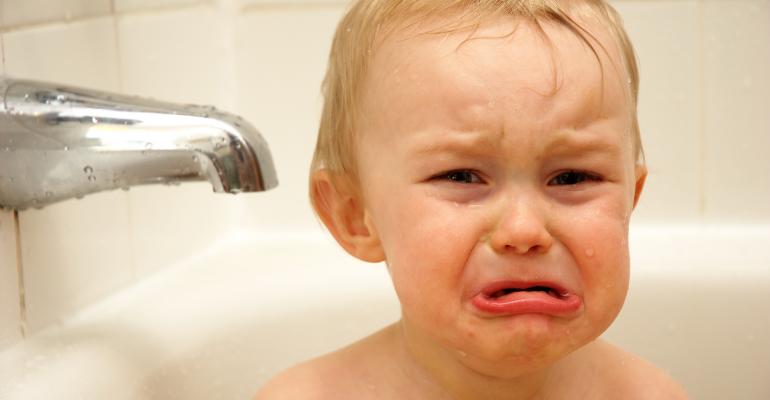 Strategists at Bank of America Merrill Lynch are left with an unwelcome feeling of deja vu.

(Bloomberg) --Soaring stocks, rallies in the financial sector, tightening credit spreads, and a drop in volatility -- all accompanied by a decline in real interest rates. That’s the story of the market since the last Federal Reserve hike in December.

Strategists at Bank of America Merrill Lynch are left with an unwelcome feeling of deja vu. The last time we saw this confluence of events was right before bond-market routs in 2013 and 2015, the so-called taper tantrum and bund tantrum.

The S&P 500 index surged Tuesday to reach the average year-end target of Wall Street analysts with a 5.5 percent gain since December. The extra yield investors demand to hold corporate bonds instead of Treasuries is near the lowest in two years, and the yield on five-year inflation protected Treasuries has dipped back into negative territory.

Stock prices and credit spreads reflect, to a certain extent, increased optimism about the outlook for economic growth and corporate fundamentals. The retreat in real yields, however, implies the exact opposite, creating an "unsustainable" divergence, according to BofA.

This is "a similar cocktail to the months leading up to the U.S. tantrum, while still somewhat away from the divergence in the bund tantrum," they add.

Rajan and Zhang aren’t sounding the alarm bell on the broad market, but do urge caution, particularly when it comes to investors’ appetite for duration. The value of longer-dated government bonds in advanced economies tends to be the most susceptible to fluctuations in interest rates, and therefore would be most at risk of sizable losses if another tantrum arises in short order.