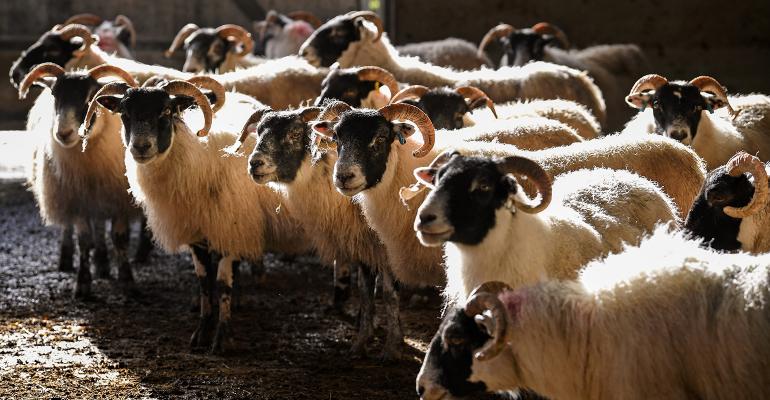 The Bond Bulls Have Run Out of Compelling Arguments

The roots of this latest pullback are deeper than even the infamous "taper tantrum" of 2013.

(Bloomberg Prophets) --George S. Patton once said that “if everyone is thinking alike, then somebody isn’t thinking.” That contrarian approach suited the controversial U.S. Army general in his drive through German-occupied France during World War II. It might also suit those navigating the $14.5 trillion market for U.S. Treasury securities today.

The herd mentality has rarely been more evident than in recent weeks, as an army of pundits, strategists and investors have said that a 3 percent 10-year Treasury yield would signal the end of this brutal six-month-long bear market in bonds. While the 3 percent barrier did mark the end of the last bear market during the infamous "taper tantrum" of 2013, the roots of this latest pullback are deeper, and the arguments for a continuation of the trend remain more compelling than any case mustered by the bulls. Those expecting a rebound mainly point to market positioning and recent flow patterns. The sight of macro hedge funds and trend-following futures funds over-positioned for higher rates has become common during the first-quarter in recent years. This year, the bets are larger and more concentrated in shorter maturities, creating a natural source of demand when those positions get unwound in what's known as "short covering." At the same time, surveys show many portfolio managers are holding ample cash on the sidelines, waiting for higher rates before they commit those funds to longer duration positions.

In terms of flows, the bulls see demand from overseas sources. Recent data from the Chinese sovereign wealth fund confirmed a turnaround in its holdings of U.S. debt, having bought $126.5 billion of Treasuries last year, the most since 2010. It isn’t surprising that a 2.90 percent 10-year Treasury yield would appeal to global investors when offered the alternatives of 0.73 percent German bunds or 0.05 percent Japanese government bonds. While large, leveraged short positions can lead to violent short-covering panics, hedge funds and other speculative types have shown a greater willingness to fight through the occasional rallies this year. Although the 10 percent correction in stocks early this month did cause 10-year yields to drop back to 2.65 percent, demand dried up as soon as equities slowed their descent and began to rebound. That underscores how bond gains are now seen as opportunities to get even more short amid strong economic fundamentals and a rising supply of Treasuries.

First-quarter gross domestic product looks on track to handily exceed 3 percent, with a boom-like 3.5 percent in the cards for the second quarter. Although the core consumer price index is rising at an unthreatening 1.8 percent year-over-year pace, it should reach the Federal Reserve's 2 percent target in the next few months, and by some estimates could be above a 2.5 percent by the end of 2018. This should keep the Fed wedded to its plan to raise interest rates three times this year. In fact, talk of four increases is creeping into the dialogue now, which is something the bond market doesn't have priced in.

With growth and inflation on the upswing and the Fed looking more firm in its resolve to tighten monetary policy, the final piece of the puzzle is the worsening supply picture, and perhaps it is there that the Treasury market faces its greatest challenge. Just this week the Treasury Department had to find demand for some $250 billion in new debt -- the largest weekly supply on record. While 64 percent of that was easily absorbed in the Treasury bill sector, there was $92 billion of two, five- and seven-year notes that had to find homes. Each of those maturities was bumped up in size to accommodate the burgeoning federal budget deficit. The auctions will only get bigger every quarter for the next few years.The bullish herd mentality in the Treasury market isn't new. It has been building for the last 35 years with few interruptions. After so many years of zero rates and massive quantitative easing programs suppressing term premiums, the risk of significantly higher U.S. rates may still be underappreciated.