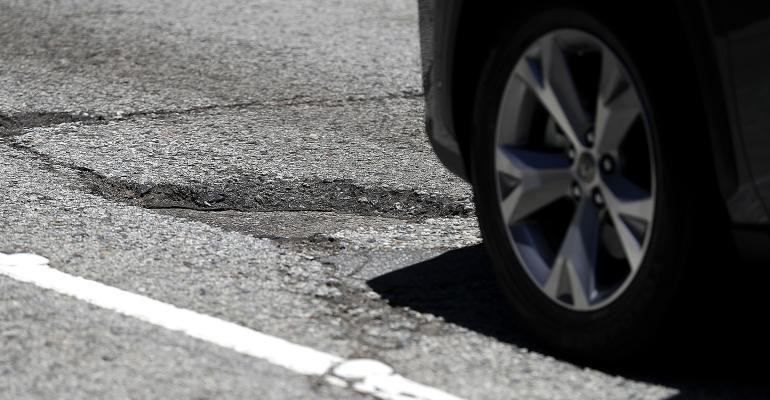 The Best 2018 Bond Strategy Has a Stock Problem

(Bloomberg Opinion) --The first three quarters of 2018 were rough for bond investors of many stripes. But not for Alan Muschott at Franklin Templeton Investments.

Heading into October, his $3.6 billion Franklin Convertible Securities Fund had returned almost 15 percent in 2018, better than any of the other more than 500 U.S. fixed-income mutual funds with at least $1 billion in assets, according to data compiled by Bloomberg. Along with fellow managers Matt Quinlan and Eric Webster, Muschott seeks out what he described as “balanced convertibles,” which capture most of any upside move in a company’s share price but only about half of the downside.

For much of the year, that strategy worked out well. Remember, convertible bonds are unique in the fixed-income world because they provide investors with an option to exchange debt for equity. And with U.S. stocks broadly hitting fresh records, convertible debt naturally soared in tandem. Case in point: The Franklin fund’s biggest single holding is a convertible bond issued in May by Square Inc. Priced at just above par, it fetched more than 140 cents on the dollar at the start of the month, reflecting how Square’s stock has soared by even more than the lofty premium baked into the securities. 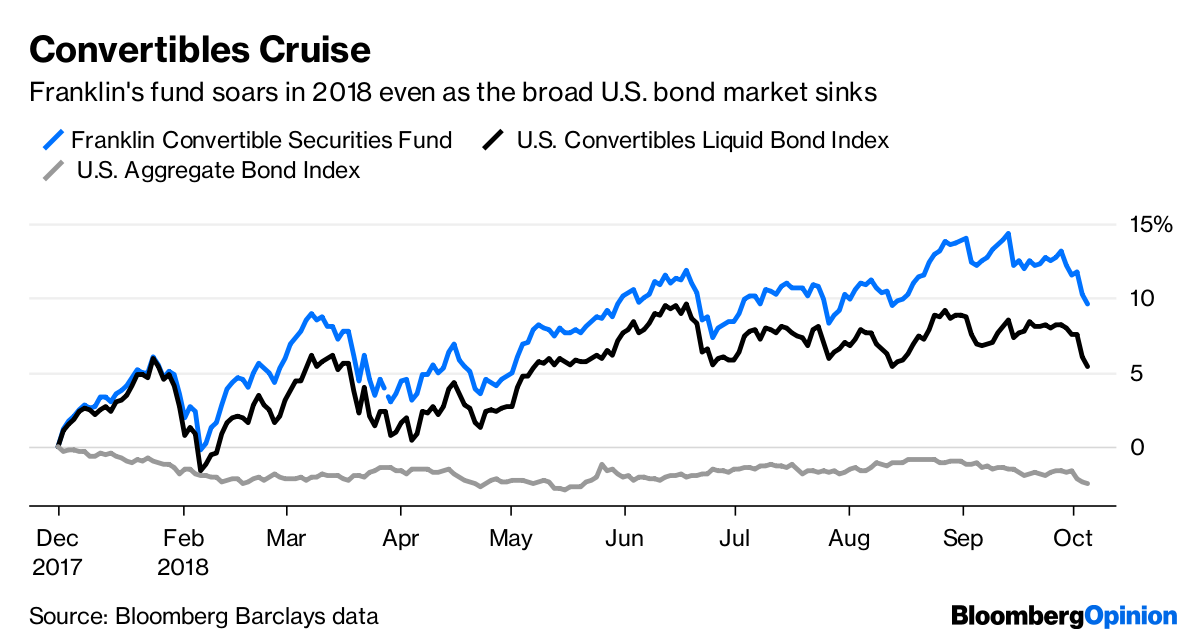 “The last five times we’ve had a rising rate environment, convertibles have done quite well,” Muschott, who has run the fund since 2002, said in an Oct. 1 interview. In particular, they’re a fixed-income star “if rates are rising for the right reasons,” he said.

Of course, that very idea is now being called into question. Two days after our interview, benchmark Treasury yields rose by the most since November 2016, sparking a sell-off in U.S. equities and rekindling debate over whether higher interest rates will pump the brakes on economic growth. This time, convertible securities couldn’t escape the fixed-income carnage. The Franklin fund suffered its steepest weekly drop since March though still remains up by more than 10 percent on the year, more than double the Bloomberg Barclays U.S. Convertibles Liquid Bond Index. The Bloomberg Barclays U.S. Aggregate Bond Index is down 2.5 percent.

Convertible bonds are in the middle of what Scott Minerd at Guggenheim Partners calls “the tug of war between stocks and bonds.” In periods like the past several months, when Treasury yields remained range-bound and equities drifted higher, the securities stood to profit — and actively managed funds sometimes even outperformed benchmark stock indexes. But they struggle during bouts of volatility.

We may get a hint in the coming days about whether convertible bonds remain a top fixed-income investment. The U.S. bond market was closed Monday for the Columbus Day holiday, but Treasury futures prices held steady and the cash market was treading water again Tuesday. The S&P 500, which looked set for another ugly day, recouped losses toward the end of the Monday trading session to end little changed. For the moment, it looks as if the markets have found a delicate equilibrium.

Among the more recent offerings globally, Tilray Inc. last week priced $450 million of convertible senior notes due in 2023 through a private placement. The formerly little-known Canadian marijuana producer became famous last month after its stock soared more than 10-fold from its initial public offering in July. Its shares, which reached as high as $300, now trade at about $142.

The heightened volatility is probably why Tilray’s convertible notes carry a 5 percent interest rate, which is rather high for a convertible security. Five of the Franklin fund’s 10 largest holdings have a coupon of less than 1 percent, for instance. That’s the trade-off for owning the option to convert to equity if the share price rises — if it falls instead, you’re left with debt that pays much less interest than a typical bond for a few years.

The outcome of the stocks-bonds battle will have a profound effect across financial markets. It’s also clearly one of the few things that could derail the Franklin fund. It hasn’t had a down year since 2011, boasting a 9.2 percent annualized return over the past five years, better than any of the other U.S. mutual funds with more than $1 billion in assets. It has almost kept pace with the S&P 500 itself.

Most fixed-income investors are having an interest-rate reckoning now. But for convertibles, the more significant consequence of rising yields is whether it causes a sustained stock-market sell-off. If equities can prevail through this latest turmoil, then Muschott and his team may very well sit atop the fund rankings once more at the end of the year.

Brian Chappatta is a Bloomberg Opinion columnist covering debt markets. He previously covered bonds for Bloomberg News. He is also a CFA charterholder.