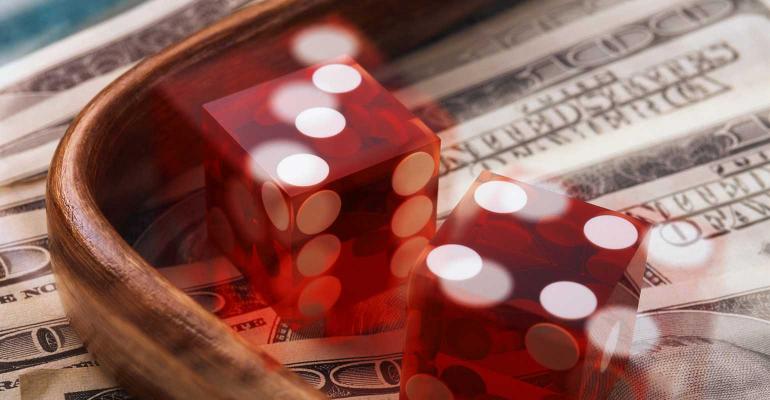 Are All SPACs Wild Speculation?

Pre-merger SPACs actually can be one of the safest investments in a portfolio by capitalizing on their fixed income nature, rather than their high-flying risk-reward attributes.

Special purpose acquisition companies (SPACs) have a reputation for being risky, get-rich quick gambles that never seem to work out in investors’ favor. And it's not entirely undeserved.

However, while that label may fit some post-merger SPACs, which are nothing more than speculative small/mid-cap companies that were the result of a SPAC merger, that’s really only half of the story.

Pre-merger SPACs get much less press, but, in my opinion, they offer the most attractive and asymmetric risk-reward opportunity in today’s fixed income market by allowing investors to capitalize on the fixed income nature of SPACs, rather than their high-flying risk-reward attributes. Given the concerns and impacts of rising rates, along with high valuations and tight spreads, pre-merger SPACs should be embraced by advisors, rather than feared, as they prepare their clients’ portfolios in 2022.

Let’s start with the basics—a SPAC is a company with no commercial operations that’s formed specifically to raise money through an IPO so that it can acquire or merge with a private company and take it public.

To do that, a group of sponsors looks to raise capital by offering “units” to investors, usually at $10 each. Each unit consists of one common stock and a portion of a warrant and/or right. The money raised through the initial public offering is held in a trust account and is typically invested in U.S. Treasuries—until the trust proceeds are needed to fund the business merger.

From the time they IPO, sponsors usually have 12 to 24 months to find and acquire their target company. If they don’t find a company in that time, the SPAC is liquidated, and the proceeds of the trust account are distributed to SPAC common stock shareholders. If the sponsors do find and approve a deal, shareholders can participate by receiving equity in the new company (a post-merger SPAC), or if they’re not so excited about the deal or just want their money back, they can choose to redeem their shares in cash from the trust account.

When considering the lifecycle of a SPAC, you need to look at it in two parts: 1) Pre-merger SPACs are fixed income instruments; and 2) post-merger SPACs are 100% equities. Pre-merger SPACs should be viewed as fixed income instruments because they have a defined liquidation date (similar to a bond’s maturity date); shareholders are either fully or overcollateralized by a trust account that’s typically invested in Treasuries, and like a "put" feature in some bonds, pre-merger SPACs shareholders have the right to redeem and put their shares back to the sponsor for cash from the trust account.

To take advantage of the opportunity in pre-merger SPACs, a client invests only in pre-merger SPACs trading at trust value or a discount to trust value (similar to a bond’s par value), with no intention of moving forward with the deal. If a SPAC announces a deal, rather than speculate on the future of the newly combined company, the investor instead redeems their shares for the cash in the trust account no matter how attractive the SPAC’s deal may be. As a bonus, if the market reacts favorably to an announced deal and the SPAC’s price rises, the investor also can always sell in the open market and realize their gain.

Given that SPAC shareholders have a full redemption right to their share of the trust account typically invested in U.S. Treasuries, the downside risks of pre-merger SPACs are significantly limited and present shareholders with potential equity upside.

SPACs can absolutely be a risky/speculative investment, but they don’t have to be. Pre-merger SPACs, handled correctly, actually can be one of the safest investments in a client's portfolio. Where else in today’s fixed income environment can clients invest in a security that has limited sensitivity interest rates or credit risk, is backed by a trust account, provides investors a put feature/full redemption right for their share of cash within the trust account and gives them an opportunity to participate in potential equity upside?