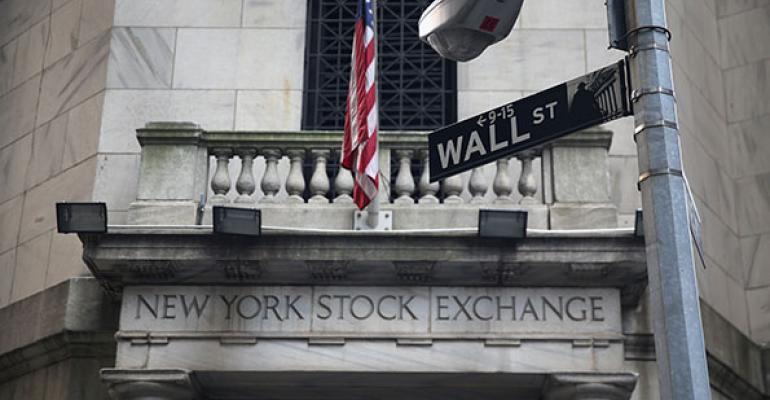 The 2017 Bond Strategy That Goldman, BlackRock and TCW All Back

Unconstrained bond funds might just be finally having their moment.

By Brian Chappatta and John Gittelsohn

(Bloomberg) --For the world’s biggest bond managers, 2017 might just be the year that unconstrained funds finally live up to the hype.

Although the bond funds -- long marketed for their potential to shine in any environment -- have failed to deliver consistently over the years, bond managers are convinced they’re about to have something of a moment. Donald Trump’s election has reignited the prospects for inflation and growth both in the U.S. and abroad, which will likely lead to higher interest rates and spell the end of the bond market’s three-decade bull run.

And that will favor funds that can go wherever the highest returns are -- without constraints on maturity, geography or even credit quality.

“This could be the rebirth of the unconstrained bond fund,” said Jonathan Beinner, the chief investment officer of global fixed income at Goldman Sachs Asset Management, which oversees more than $1 trillion. “Individual investors are very exposed, maybe more than they realize, to rising rates.”

Unconstrained funds, which started about a decade ago and exploded in 2013 amid fears of rising interest rates, have stumbled in the past two years as investors spurned them in favor of simple, low-cost alternatives like ETFs. Redemptions ballooned to almost $21 billion -- nearly 20 percent of the category’s assets -- in the first 11 months of 2016, easily surpassing the biggest year ever for withdrawals, according to Morningstar Inc.

That’s despite the fact that unconstrained funds (also called non-traditional bond funds) had one of their better years, returning an average 5.15 percent in 2016 in the face of a broad selloff in bond markets that wiped out more than $3 trillion in value globally last quarter. For the year, the Bloomberg Barclays Global Aggregate Bond Index gained 2.1 percent.

According to some bond managers, a big issue holding back the funds has been their reputation for being a bit too freewheeling.

Typically, the funds try to avoid having too much exposure to long-term debt and earn returns by opportunistically wading into everything from high-yield securities to currencies, commodities and derivatives. That creates the perception, fairly or unfairly, that they may take undue risks to chase returns.

“People are looking for havens in the fixed-income market with less volatility,” said Rieder, the chief investment officer for fixed-income at BlackRock, the world’s largest money manager.

Nevertheless, there’s little consensus among unconstrained managers on what, or where, the best investments are in 2017.

Michael Buchanan, who helps oversee more than $23 billion in unconstrained assets as deputy chief investment officer at Western Asset Management Co., says the key is simply better performance on a consistent basis. He’s targeting floating-rate bank loans with senior, secured status that makes them less risky than high-yield debt. The firm also favors company bonds, especially those of commodity and energy producers which survived the most recent wave of defaults and bankruptcies to hit those industries.

“This is clearly going to be a year where unconstrained strategies perform very well,” Buchanan said.

For Stephen Kane, managing director in U.S. fixed income for Los Angeles-based TCW Group, investing in riskier types of corporate bonds isn’t worth it. Historically low rates encouraged too many companies to borrow too much. Now, as the Federal Reserve starts to tighten monetary policy, corporate defaults are bound to rise as well.

He’s also avoiding emerging-market debt in the $2.6 billion Metropolitan West Unconstrained Bond Fund -- which has averaged 5.2 percent annual gains over the past five years -- on concern a debt crisis is brewing in China. Instead, he’s bullish on non-agency mortgage-backed securities.

“Investors should be aware that there’s no free lunch in that they’re not getting good returns in a rising rate environment without taking some form of risk,” Kane said.

At J.P. Morgan Asset Management, Bob Michele describes the firm’s unconstrained fund as “benchmark agnostic,” and a place where it can concentrate all its highest-conviction ideas.

According to J.P. Morgan Asset’s CIO of global fixed income, currency and commodities, investors are underestimating the Fed’s willingness to raise rates. Michele sees four such increases, which could push up yields on 10-year Treasuries to 3.5 percent, from about 2.46 percent today.

As a result, the firm has reduced the fund’s duration (a measure of how sensitive bond prices are to rising rates) to just half a year.

While Bill Gross doesn’t see 10-year yields rising nearly as much this year (perhaps increasing just a quarter percentage point from current levels), the manager of the $1.7 billion Janus Global Unconstrained Bond Fund envisions the current selloff in bonds as part of a multi-year bear market.

Unconstrained funds were “an anticipatory product for a long-term bear market,” Gross, who has invested about $700 million of his personal fortune into his fund, said in an e-mail. “Janus unconstrained has been true to that.”

However, Gross says markets will fluctuate less than many anticipate. He’s positioning his fund to profit from that view by selling out-of-the-money puts and calls on stocks, bonds and gold. In 2016, the fund returned 4.24 percent.

Beinner, whose $8.8 billion Goldman Sachs Strategic Income Fund returned 2.2 percent in 2016 and has averaged 3.5 percent annually over the past five years, believes more turbulent times are ahead. And that’s exactly what will separate the pros from the pretenders.

“The truth is that more volatility is just a better environment for active management,” he said. “It doesn’t automatically mean that active managers are going to outperform, but it does mean there’s that opportunity.”