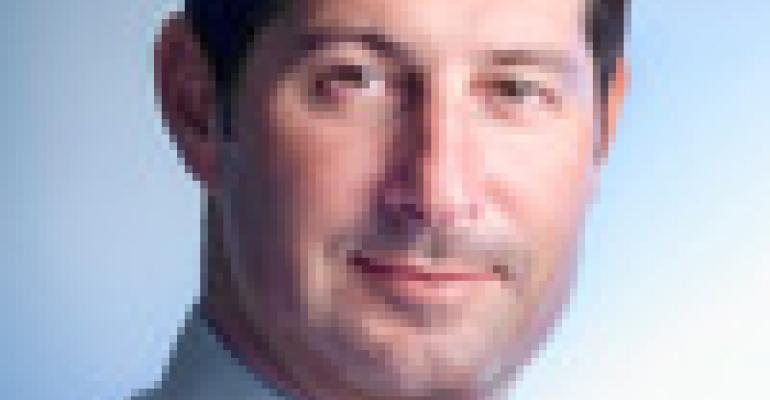 Mentioned In This Article

An outspoken fixture in the wealth management industry for over two decades, Convergent Wealth Advisors chief executive Steve Lockshin is in the headlines again, embracing a new role as a contrarian.

While the rest of the industry has been moving up-market, Convergent is rolling out an ambitious initiative to go down-market. As other advisory firms are either expanding or embracing an aggregation model, Convergent has shut down offices and has no plans to go beyond core offices in New York, Los Angeles and suburban Washington, D.C.

And while wealth management rivals are snapping up prestigious break-away teams from wirehouses, Convergent retreated from that approach last month in a high-profile split with Lori Van Dusen, another industry star whose approach to the business contrasts sharply with Lockshin’s.

The down-market division, branded “Independence by Convergent,” is targeting clients with investable assets of $500,000 to $5 million, far below the firm’s average client size, which Lockshin said is approximately $50 million. Independence clients will all receive new iPads from Convergent to facilitate both electronic and video communication. The new platform will also offer products and services such as separately managed accounts, mutual funds and ETFs geared to clients who want more growth and liquidity than typical ultra-high-net-worth clients.

“We want to serve a broader audience,” Lockshin said. “Since 1989 our goal was to take institutional level service and advice and deliver it to an ultra-high-net-worth clientele. We see ‘Independence’ as a further democratization of the service now that we have the technology and resources to deliver it.”

Convergent, which now has approximately $10 billion in assets under advisement, has begun to market the service in the Washington-New York corridor with a direct mail campaign; ads in financial publications such as Barron’s; sponsorship of radio segments on National Public Radio; search engine optimization efforts; and, incentives for referrals, offering discounts to both referring clients and prospects.

Industry analysts are intrigued by the move, citing both market opportunities and challenges.

‘Opposite Direction of the Market’

“What surprises me is that it’s a move in the opposite direction of what the market has been doing, which is that wealth management firms have been upping their minimums, not lowering them,” said Alois Pirker, research director and senior analyst for Boston-based Aite Group. “Convergent is right in that the opportunity is there – there is a gap opening at the lower end of the market, and clients will be attracted to, and feel empowered by, technology such as iPads.”

“But,” Pirker continued, “they have to really think hard about whether they can do it profitably, whether it’s scalable, what their product selection will be and what the touch points are. It’s a difficult balancing act to pull off. Wirehouses like Merrill Lynch can offer a platform for the lower end of the market like MerrillEdge because they have call centers and resources for intense scale. We’ve seen smaller firms try to crack that nut of scaling advice in a very personal, service-driven business, but we haven’t seen anybody be that successful.”

According to Lockshin, firms that are going upscale don’t realize that catering to ultra-high-net-worth clients with assets over $50 million or $100 million is actually “less profitable on a margin basis” because of the complexity of their service and reporting needs, and the personal attention those clients require.

By contrast, he argued, newly available technology and resources allow Convergent’s Independence platform to be both scalable and profitable. Video conferencing via iPads, would, for example, allow Convergent advisors to “service significantly more clients” without traveling, Lockshin said. And reporting, normally extremely time-consuming for ultra-high-net-worth clients, will be “all electronic” for Independence clients, he added, “with no human interface required.”

Targeting investors with around $500,000 in assets makes sense because they represent the “biggest pool” of the mass affluent market, said Bing Waldert, director at research firm Cerulli Associates. In addition, advice for this market is “not complex,” Waldert said, and certainly free of the kind of painstaking concierge-type services very wealthy clients may expect, such as “evaluating the cost of a private jet.”

What’s more, Convergent is starting their platform from scratch, Waldert said, enabling the firm to adapt to the marketplace more quickly with new technology. “Their advantage is they are building from dollar zero,” he said. “Their challenge is, at that level of assets, is it a true face-to-face relationship? Do you lose something in a business that’s deeply personal, and will they be able to get referrals?”

Lockshin said a number of existing Convergent clients will automatically go on the Independence platform, including some clients with assets over $5 million, who don’t need or want many face-to-face meetings.

Convergent currently has some 60 clients out of approximately 400 with $50 million or more in assets, according to Lockshin. He made it clear that Convergent isn’t abandoning its ultra-high-net-worth business, and said that the new platform will free the firm up to pursue that group more aggressively – and profitably.

Lockshin is convinced that Convergent can grow with a few core offices as national hubs, and said that he didn’t believe in the aggregator model of rapidly adding offices around the country, despite the current industry trend exemplified by fast-growing companies such as Focus Financial, United Capital and HighTower Advisors.

“All roll-ups are very difficult,” Lockshin said. “Most of these models have zero cultural leverage and this is a people business where the assets walk out the door every night. You can’t have a team where everybody is a star, and it’s hard to accomplish in a business where you have a lot of type A personalities.”

Convergent is planning to add advisors to its New York, Los Angeles and Rockville, Maryland, offices, but last year it shut down offices in Atlanta and Philadelphia. At the time, Lockshin said he wanted to focus on growing markets and “reduce focus on shrinking markets.” Convergent also has a research office in Portland, Oregon.

Last month, Convergent also bucked an industry trend when it parted ways with the advisory team of Lori Van Dusen and George Dunn, who joined Convergent with much fanfare from Citigroup/Smith Barney in 2008 and co-headed Convergent’s institutional unit. Dunn joined the Global Institutional Consulting Group at Merrill Lynch and Van Dusen founded LVW Group in the Rochester suburb of Pittsford, N.Y., and signed on with Focus, while also cutting a deal with Dynasty Financial Partners.

Both sides have publicly stated the separation was mutually agreed upon and amicable, but clear differences have emerged between Lockshin and Van Dusen over philosophy and money.

While Convergent has not abandoned the institutional business all together, Lockshin said, it was only targeting institutions that were not “overly fee sensitive” and had a “progressive,” investment approach versus one that was extremely conservative.

Van Dusen, who has a reputation as a top institutional manager, said “fees are an issue in the absence of value.” Institutional specialists, she said, can provide valuable back-office services for clients on a “leveragable platform” and maintain profitability.

Van Dusen said she also wanted to grow her ultra-high-net-worth and family office business at a 20 per cent to 25 per cent annual rate, and concluded that her “ability to take on more business” was constrained at Convergent. “We needed to evolve,” she said, and found the platforms and services provided by Focus and Dynasty more compatible.

LVW’s November ADV form filed with the SEC shows $1.5 billion in assets under management. But Van Dusen said that figure is “totally not correct” and did not reflect accounts that are still being transferred to LVW. She declined to give an exact figure for the firm’s assets, but said “we brought over 100 percent of our client base.”

Whatever the amount actually is, both Lockshin and Van Dusen are seen as representing strong, albeit different, models in a fast-changing industry.

After being hampered by the financial crisis in 2009, Lockshin said Convergent was profitable in 2010 and will be again this year. Support from parent company City National Bank is strong, he said, and the bank continues to invest in the business, as Convergent continues to benefit from City National’s close ties to the entertainment business. In fact, he said, Convergent’s L.A. office now accounts for almost half of the firm’s revenues, despite being only four years old.

Meanwhile, Focus, LVW’s equity partner, continued its hot streak last week, adding Sapient Private Wealth Management to its roster as the aggregator’s eight transaction of the year, boosting its assets to over $45 billion. And Van Dusen said that she has been so pleased with her pioneering research deal with fast-rising industry star Dynasty that she will be meeting with the New York-based firm this week to explore “how we can evolve the relationship.”