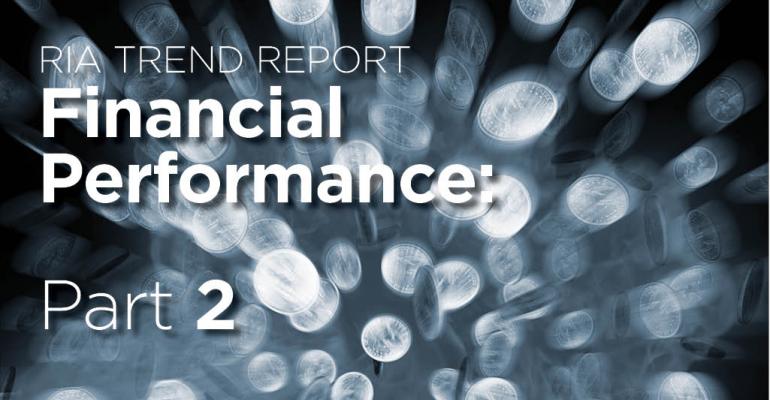 When we segregate assets under management into ranges, we observe an upward movement from the lowest range to the next two tiers. The lowest range, less-than-$25 million, saw the most meaningful change year-to-year, declining to 33% of advisors from 40% last year. The shift away from the lowest AUM range appeared to move into the next two ranges, with the $25–$50 million group at 17% vs. 14% last year and the $50–$75 million group at 11% vs. 9% in 2013. While sample differences may explain a portion of the shifts, other factors - such as organic growth, solid equity market returns in 2014, and ongoing industry consolidation — likely played a role as well. Other AUM ranges were pretty stable, although there appears to be some small mix shift at the upper end.

We also compared the median reported one-year change in AUM to the total return of the S&P 500 for each of the past seven years. In 2014, the median AUM change of 18% was slightly greater that the total return for the US equity market. This result contrasts with last year’s finding in which AUM growth lagged the equity market, but is more consistent with the observations from 2009-2012 periods.