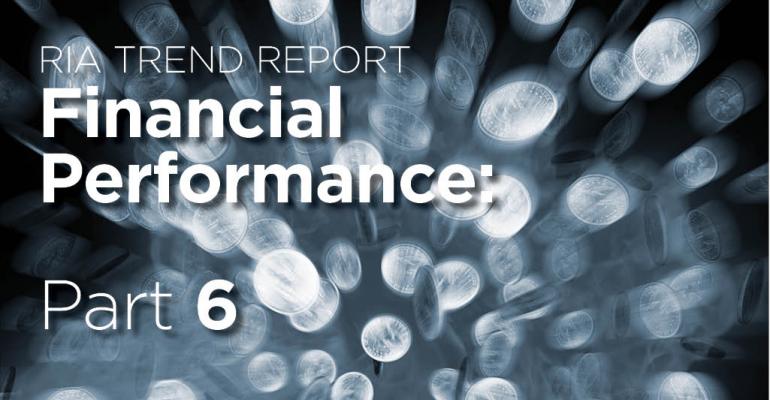 While compensation is a large part of the outcome from good business practices and strong portfolio performance, it hasn’t received as much attention from analysis of the RIA industry as have topics such as AUM and revenue. Given that increasing AUM should lead to higher revenue, which would in turn lead to profits, and finally to compensation to the advisor, this should be an area of focus for practitioners in the RIA space. Our survey showed that the largest cohort in the income distribution is the $100,000-$249,000 range, with 37% of advisors, followed closely by the lessthan-$100,000, with 32%. Just under one-third of RIAs broke the quarter million-dollar mark, with approximately 14% of advisors making $500,000 or more in 2014.

Only 5% of RIAs responded that their compensation decreased from 2013 to 2014, the majority of whom saw pay drop by less than 10% year-over-year. Approximately one-half of advisors saw their compensation increase by more than 10% with roughly one-third of that group reporting an increase of 20% or more. The general increase in advisor compensation is wholly consistent with reported increases in assets, robust market performance, and controlled expense growth over the past year.