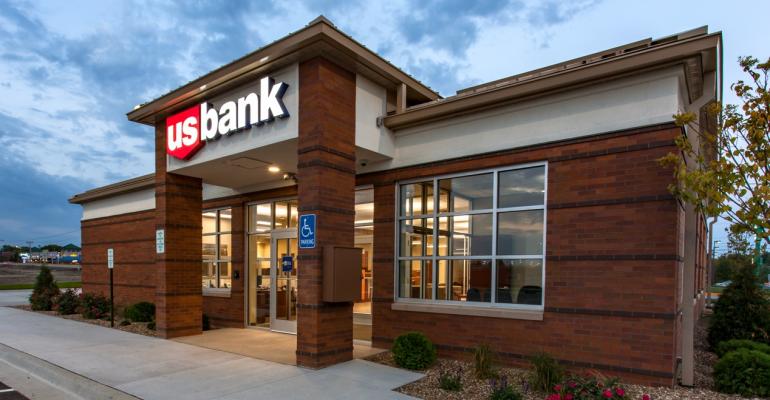 Why the West Coast is Big for U.S. Bank’s CRE Business

There’s a lot to like about the West Coast, which has both natural advantages in terms of its ports and its geography, and man-made strengths in the form of a top-tier education system and the presence of multiple, rapidly growing technology firms.

It’s telling that roughly one-third of commercial real estate lending by U.S. Bank occurs on the West Coast, including substantial exposure to California.

There are multiple factors behind this focus on the region, including population growth, job creation, exposure to the rapidly growing Asia markets and an unusually high level of economic diversity, with California alone having added nearly three million jobs since 2010. Together, these elements combine to create an extraordinarily dynamic and robust labor market that, in turn, supports demand across multiple property types, including multifamily, office and industrial.

Starting furthest north up the coast, Seattle has been another major beneficiary of the tech boom and significant immigration, which has resulted in 18.7 percent population growth since 2010, which makes Seattle the fastest-growing of the 50 largest U.S. cities. In addition, it has recently joined forces with nearby Tacoma, Wash. to create a joint port, which on a combined basis makes it the fourth largest in the country. From a technology perspective, four of the five companies with the largest market caps are based in the Seattle MSA, with Amazon and Microsoft having headquarter offices and Google and Facebook expanding regional offices in the area. This growth has spurred a variety of investment in assets ranging from single-family homes to multi-family to office and hotels.

U.S. Bank is serving as the administrative agent on two major construction projects underway in the downtown South Lake Union neighborhood. They include a 600,000-sq.-ft. mixed-use development comprised of multifamily units, ground floor retail and an office component that’s 100 percent leased to Google. The second project is a nearly 200,000-sq.-ft. office project that’s 100 percent leased to Facebook. Both are expected to house a significant number of new jobs.

Portland, Ore., on the other hand, is an example of a mid-sized city benefiting both from regional growth and the national trend towards re-urbanization among millennials looking for higher paying jobs and an attractive lifestyle. By comparison, it remains reasonably priced in both office and residential sectors, versus the Bay Area and Seattle.

Looking ahead, we expect demand for office and multifamily to remain strong across the region, followed by industrial, though growth is likely to slow as new inventory comes on-line. Retail, which has been relatively quiet, has trailed out West as well, something we expect to continue.

In the past, the California economy rested mostly upon the three pillars of aerospace, entertainment and agriculture. These industries are still critical, but media and tech companies are gaining in importance. Meanwhile, the port of Los Angeles ranks as the busiest in the country, followed by the port of Long Beach and then Seattle, which collectively serve as the entry point for the country’s trade with Asia and contribute to a robust industrial sector. Within California, there are multiple major sub-markets, each with its own economic drivers.

In San Francisco and the Bay Area, tech, of course, is the prominent driver of growth and job seekers continue to pour into the area, despite the well-publicized issues with housing. The population has increased more than 20 percent since 2010, and now exceeds four million. For a number of reasons, new construction is challenging in both residential and office sectors and, partly as a result, the prices paid for existing stock are skyrocketing with class-A office properties now changing hands for as much as $800 per sq. ft., up from $400 per sq. ft. just eight years ago. Employment is driven by the name-brand tech companies—Google, Facebook and Apple, to name a few,—as well as by the vibrant start-up culture.

Presently, there is a lot of new office construction between the peninsula, the East Bay and the city itself, and it tends to lease up very quickly. We recently closed on a 440,000-sq.-ft. mixed-use development in Silicon Valley that is 100 percent leased to one of the top social networking companies. Other projects include a 44-unit eight-story luxury condominium development in Nob Hill and a mixed-use seven-story class-A life science office/lab across the Bay in Emeryville.

As is to be expected, some of this growth is starting to broaden out as the pricing for both housing and office becomes prohibitive. Sacramento is one potential beneficiary, with some tech companies starting to gravitate there and bringing their employees—and the demand for housing—with them.

In addition to the international significance of its ports (nearly 40 percent of overseas goods flow through the ports of Los Angeles and Long Beach), the big growth story in Los Angeles is taking place downtown, where $26 billion has been invested to improve the live/work environment, and to attract people back to the city center. As a result, the downtown residential community has continued to expand, from fewer than 20,000 people a decade ago to more than 70,000 today. U.S. Bank recently led a $190 million financing of a two-phase 600-plus unit luxury multifamily project located in downtown Los Angeles’ fashion district. Additionally, located in the rapidly renewing Los Angeles Arts District, we financed the acquisition and renovation of an original Ford Model-T factory, which is 100 percent leased to a major media tenant.

Orange County is home to a broad range of diverse tech companies, which support one of the strongest office markets in the nation. Its strong education system feeds a highly educated local workforce, while the robust job creation is adding demand for multifamily housing in what has historically been a supply-constrained market. One result: the county is home to the top-selling master-planned community in the country. Among the projects supported by U.S. Bank is a master-planned community for 2,000 homes approved in Lake Forest, one of south Orange County’s most desirable markets. The project is one of Southern California’s premier master-planned communities, being developed in partnership by two of the nation’s leading builders of luxury homes.

San Diego is a major tourist destination with one of the top life Science/biotech markets in the country, if not the world. It’s also the principal home base of the U.S. Pacific Fleet and the Marine Corps, as well as a spate of related defense industries. Recent projects in which we’ve participated include funding the first speculative office development downtown since the recession, a 400-key hotel, also downtown, as well as a research lab which is already 100 percent leased. On the multifamily side of the market, the city has been experiencing significant annual rent increases and extremely low vacancies. As a result, we have a very active pipeline of apartment transactions, including acquisition, renovation and new construction.

There’s a lot to like about the West Coast, which has both natural advantages in terms of its ports and its geography, and man-made strengths in the form of a top-tier education system and the presence of multiple, rapidly growing technology firms. There are challenges too, in particular, a lack of affordable housing. (Although, for U.S. Bank, over the past three-four years, two-thirds of new construction loan requests have been for multifamily and mixed-use projects.) Competition for skilled labor and for land is pushing up prices as well. No region exists fully outside the economic cycle, but there are plenty of reasons to be optimistic that the next downturn, when it comes, will be moderate. Something else to like about the West.