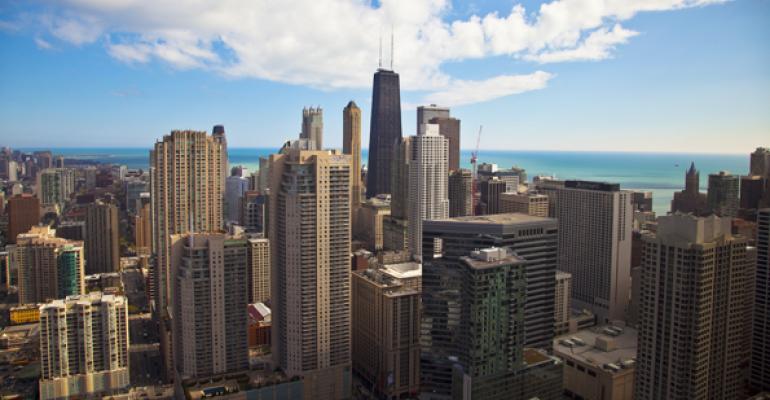 Who Are the Most Active CRE Lenders in Chicago?

While local lenders do play a big role in the capital of the Midwest, they don’t get top billing.

New York lenders like Signature Bank and New York Community Bank are pretty big players—though far from the only ones—in commercial real estate lending in New York City. But how do similar lenders do elsewhere? We took a look at another gateway city, and found that while local lenders do play a big role in the capital of the Midwest, they don’t get top billing.

A CrediFi report released in June found that national banks like Goldman Sachs, Wells Fargo and JPMorgan Chase dominate the top of the lending charts for first quarter of 2017, as well as for 2016 as a whole. Local lenders are also in the top 10, but they populate the bottom half.

Take Lakeside Bank and First Midwest Bank. Both made CrediFi’s top 10 lender rankings in the first quarter of 2017, coming in at No. 7 and No. 9, respectively. By dollar amount, both banks’ loan originations increased by 6 percent over the first quarter of 2016, even though overall commercial real estate lending in Chicago declined during the same period.

In year-end rankings for 2016, Lakeside and First Midwest were joined at the bottom of the top 10 by two other Chicago-area lenders: WinTrust Financial Corp. and PrivateBank and Trust.

So what are the differences among these Windy City lenders?

Chicago-area properties financed by First Midwest last year included Aperion Care Evanston at 1300 Oak Ave. in Evanston, Ill., one of Chicago’s North Shore suburbs. The post-hospital nursing and rehabilitation center, which was renovated in 2014-2015, was financed by a $90.2 million loan from First Midwest in July 2016.

WinTrust and Lakeside are smaller Chicago-area banks, with under $5 billion in total assets.

WinTrust, which has $4.2 billion in assets, is a financial holding company based in Rosemont, Ill. It operates community banks in the Chicago area and parts of Wisconsin and Indiana. It originated about $700 million in commercial real estate loans in Chicago in 2016, including a $50 million loan for 1601 Greenleaf Ave. in Elk Grove Village, near O’Hare International Airport. However, WinTrust issued under $60 million in Chicago-area commercial real estate loans in the first quarter of 2017.

Though JP Morgan is a national lender, its commercial real estate loans in the Chicago area in the first quarter of 2017 also fell into the $100 million to $200 million range, spread out over about 50 loans.

Wells Fargo, the No. 2 Chicago lender for the first quarter, issued between $300 million and $400 million in Chicago-area commercial real estate loans in the first quarter, and Goldman Sachs issued over $1 billion, primarily in its role as lead lender in the $1.02 billion financing of Willis Tower, the Blackstone-owned iconic skyscraper formerly known as Sears Tower.

All told, local lenders like PrivateBank, First Midwest, WinTrust and Lakeside are clearly players in the Chicago commercial real estate market. But 2016 and first quarter 2017 results indicate that for the moment, at least, national lenders are the stars of the show.