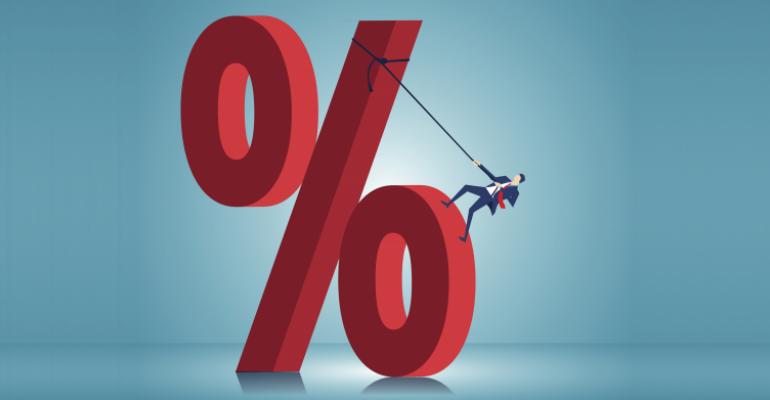 Three Factors That Will Impact Financing for Commercial Properties in 2017

The financing market has demonstrated tremendous growth and robust activity this past year. According to a report by the Mortgage Bankers Association, over $500 billion in commercial real estate loans were originated this past year, indicating a strong financial landscape for lending. Low interest rates, steady rental growth and rising property values are increasing investor activity in commercial real estate, driving up demand for loans to finance these investments.

As we start a new year, many are wondering what the future holds for commercial real estate financing. Will the market continue on this upward trajectory of increased lending activity, or will new legislation and the impact of the presidential election create volatility and drive uncertainty?

We’ve identified three major factors that will impact commercial real estate lending in the year ahead.

Despite uncertainty amidst a changing political climate, we anticipate that interest rates will remain relatively low in 2017. While the Federal Reserve will likely raise interest rates in the upcoming year, these increases will not significantly impact lending activity. We anticipate these increases will not be more than a quarter of a percentage point. Even with these anticipated hikes, the 10-year Treasury rate will remain substantially lower than the four to five percent range, which we saw prior to the Great Recession nearly a decade ago.

Given the minimal rise in interest rates, borrowers will be incentivized to refinance their maturing loans in order to lock in lower rates. According to CoStar, an estimated $353 billion in debt across all capital sources matured by the end of 2016, with an additional $395 billion maturing in 2017.

With this large volume of loans set to mature, many borrowers are looking to refinance and are pursuing long-term loans in order to secure favorable rates. Lenders are offering longer, 15- to 20-year programs to meet this demand.

Currently, rates for 10-year fixed rate loans are averaging 4.25 to 4.50 percent depending on leverage, while 15-year fixed rate loans are averaging about 4.75 percent. Despite the recent fluctuations, rates will remain low compared to historic rates. Favorable interest rates and the wave of loan maturities will spur active financing and refinancing in the year ahead.

No. 2 – Availability of Capital and Lender Competition

Based on these fundamentals, the availability of capital will remain strong in 2017. With the new president elect, we anticipate that we will also see looser regulations on lending, which in turn will fuel healthy lending activity in the year ahead.

Despite concerns that multifamily is reaching a peak, multifamily remains one of the most desirable product types to finance. National vacancy rates are down, rents are up and overall market fundamentals remain solid. The challenge of making a down payment for single-family homes is delaying home ownership and driving a fundamental shift toward renting, making multifamily a strong asset class for investment.

Lenders are also the most aggressive when it comes to industrial. The limited supply of industrial product, coupled with enormous tenant demand, is driving investor activity in this sector and increasing lender competition for industrial deals. With sub-five percent vacancy rates and a limited availability of land for new construction, especially in southern California, industrial is quickly becoming one of the most desirable asset classes to finance.

The rise of e-commerce is also fueling tremendous demand for industrial space, which lenders see as a strong sign that industrial will perform extremely well in 2017 and beyond. On the other hand, lenders are exercising more caution when it comes to financing retail, primarily because of the shift toward e-commerce.

As a result, banks and other capital sources are offering lower rates for multifamily and industrial, but adopting more conservative underwriting for office and retail. For example, banks and life insurance companies are originating loans with higher rates and lower leverage for office and retail compared to multifamily and industrial. With lenders focusing on deals that are less volatile, industrial will continue to experience strong lender appetite and increased competition in the year ahead.

No. 3 – Changes in CMBS Regulations

A new CMBS bill, under the Dodd-Frank Wall Street Reform and Consumer Protection Act, is taking effect, requiring CMBS lenders to hold onto five percent of the loans they issue as opposed to selling them off as bonds.

This new legislation is raising concerns among CMBS lenders that will be impacted by the new bill. Originally designed to protect issuers against risky lending, the new risk retention rules will essentially eat into their profit margins, potentially driving some of the smaller CMBS lenders out of the market. The larger CMBS lenders that remain will potentially scale back on the number of loans they originate due to the increasing cost of capital.

In anticipation of this new bill, many CMBS lenders are adopting more conservative underwriting standards. As CMBS lenders become more selective in the types of loans they underwrite, borrowers may seek out other sources of capital to finance their commercial real estate investments, especially for those in primary markets.

CMBS is typically the go-to source for high leverage loans in secondary and tertiary markets. While CMBS will remain a viable financing option for these types of deals, the higher cost of capital may make it difficult for investors to finance these transactions. The implication is that investors may turn to primary gateway markets for investments, where borrowers can turn to banks and life insurance companies for lower loan rates.

Therefore, while CMBS lenders will still originate loans, they will simply adopt a more cautious approach.

There has also been some discussion about Trump repealing the Dodd-Frank risk retention rules, which would reverse the impact that these rules would have on CMBS lending. That said, this change will not happen overnight, and there is still some uncertainty as to when and whether this reversal will take effect.

Ultimately, the signs point to a healthy financial landscape as we transition into 2017. The availability of capital remains strong, favorable interest rates will continue and fundamentals in the commercial real estate market will drive strong lending activity in the year ahead.