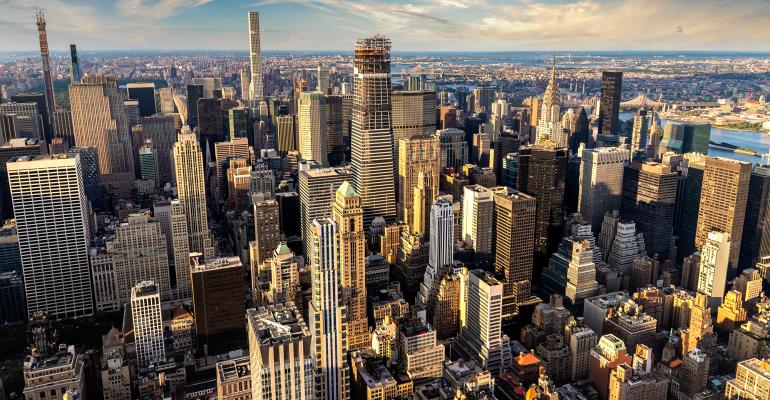 The money manager anticipates that the CLOs it’s selling now will have to pay unnecessarily higher interest rates.

(Bloomberg)—Pretium Partners is betting that the transition to a new lending benchmark next year will be chaotic for the $850 billion U.S. market where risky buyout loans are packaged into bonds.

The money manager anticipates that the collateralized loan obligations it’s selling now, including one it sold on Dec. 3, will have to pay unneccessarily higher interest rates as soon as next year, when the securities start using the Secured Overnight Financing Rate as their benchmark. So it’s adding provisions to those CLOs that will allow it to essentially refinance the securities after just a year instead of the usual two years, said Jerry Ouderkirk, head of structured credit at Pretium, in an interview.

Pretium is trying to navigate what is expected to be a complicated shift away from the scandal-plagued London interbank offered rate, a benchmark tied to trillions of dollars of obligations. Regulators have been warning financial firms for years about the importance of fixing documentation for a wide array of products, from interest-rate derivatives to leveraged loans.

The relatively high interest rates that collateralized loan obligations will have to pay stem from the procedures for switching benchmarks on the securities. The CLOs that are issued now generally have to move to SOFR when at least half the loans in their portfolios are tied to the new rate. Beginning in 2022, new deals are required to stop using Libor, though older transactions are allowed to use it till the middle of 2023.

But when CLOs drop Libor, they are contractually obliged to pay investors extra interest to compensate for the fact that the old benchmark rates tend to be higher than the new ones. It’s tricky to figure out how big that extra interest, known as a credit spread adjustment, should be.

For example, the Alternative Reference Rates Committee, a group backed by the Federal Reserve, recommended that existing assets tied to three-month Libor, such as CLOs and some loans, use an adjustment of about 0.26 percentage point, or 26 basis points when switching to SOFR. That’s based on a five-year average difference between the new and old rates. But some recent loan deals tied to SOFR priced with three-month adjustments at around 15 basis points, because whatever the difference was historically, the old and new rates are much closer to each other now.

Most CLOs sold this year are set up to automatically use the ARRC adjustment, which is probably too high, Pretium’s Ouderkirk said. That could potentially boost the funding costs for CLOs, cutting into the income that the riskiest securities, known as the equity, can receive.

That’s why Pretium’s CLO sold this month, called Crown Point CLO 11, can’t be bought back, or called, for one year. That differs from the typically longer two-year non-call period that most CLOs adhere to. The firm plans to sell other future deals with shorter maturities for similar reasons.

“We have a view towards a variety of potential SOFR transition outcomes, and we’re trying to design our new issuance thought process and secondary investing strategy to encompass the majority of the higher probability outcomes,” Ouderkirk said.

CLOs are unique in their ability to refinance over and over again. Once a CLO is eligible to be called, managers can refinance or reset the securities they issued whenever they wish, to cut their funding costs.

Reset transactions differ from refinancings as issuers are able not only to reprice at a lower rate, but also may tweak various features of the existing CLO, including shortening maturities. This has been an all-time record year not only for new CLOs, but for CLO refinancings and resets too. There have been around $106.3 billion of CLO refinancings so far this year, and about $133 billion resets, according to data compiled by Bloomberg.

CLOs, which securitize bundles of leveraged loans, typically last about four to five years before their managers sell the portfolio, pay the CLO bondholders and give the remaining cash to investors in the riskier equity part of the deals.

More than 20 companies have recently used SOFR in the leveraged loan market rather than Libor, but CLOs are transitioning more slowly.  So far, there have only been two CLOs to partially switch to SOFR: a CLO reset from Onex, and a new-issue transaction from Marathon Asset Management. Each features one portion of its bonds linked to the new rate, while the other tranches remained tied to Libor.

It is expected that a CLO with all of its tranches tied to SOFR may surface as soon as January, although all or most of the underlying loans will still be based off Libor, according to Pretium. A SOFR CLO with most or all SOFR loans may not happen until at least the second quarter, strategists have said.

--With assistance from Lisa Lee.