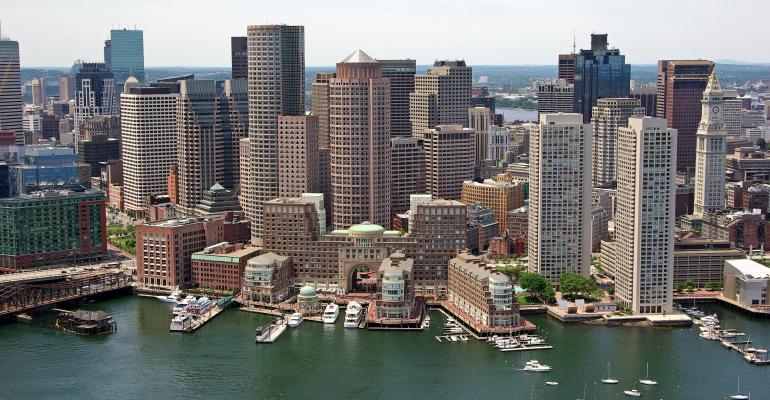 Pension funds and insurance companies were significant players in Boston’s commercial real estate market in the first half of this year.

Boston, home to world-renowned educational institutions like Harvard and MIT, as well as over 30 other colleges and universities, ranks among the most educated cities in the country, both in terms of the number of college students and the proportion of its college educated population.

So perhaps it’s fitting that the No. 1 lender financing mortgages for commercial properties in Boston in the first half of this year was the Teachers Insurance & Annuity Association of America, a U.S. pension giant founded in 1918 to provide retirement income and life insurance to educators.

In addition, a different teacher pension fund—the New York State Teachers Retirement System, or NYSTRS—was one of the top 10 originators of commercial real estate loans in Boston in 2016, according to a CrediFi analysis based on a sample of $7.4 billion in commercial real estate loan originations from the first quarter of 2016 to the first quarter of 2017. NYSTRS originated over $100 million in loans for Boston commercial properties last year.

Throw in other types of non-bank lenders, such as Los Angeles-based Mesa West Capital, a privately-held portfolio lender with a capital base of over $4 billion, and Red Mortgage Capital, a multifamily and affordable housing lender that’s a subsidiary of Tokyo-based financial services group Orix Corp., and what you get is total non-bank origination that came to about one-third (34 percent) of loan originations in our sample.

Two of the pension and insurance companies that were among the top 10 commercial real estate loan originators in Boston in the first half of the year are based in Canada: Toronto’s Manulife Financial and Oxford Properties, the real estate investment arm of the Ontario Municipal Employees Retirement System, one of Canada’s largest pension plans.

TIAA isn’t just a pension fund for academic (and other) institutions that’s making a splash in a major college town. It also happens to be behind this year’s financing of the building that houses the Harvard Club of Boston.

TIAA originated a $380 million loan in March for One Federal Street, a 38-story office building in downtown Boston whose tenants include JPMorgan Chase, U.S. Bank and, in the penthouse, the Harvard Club.

TIAA, which originated over $500 million in commercial real estate loans for Boston properties in the first half of 2017, also financed a $135 million loan for luxury South End apartment building Troy Boston at 275 Albany St.

A Fortune 100 company, TIAA saw its profits rise from $13.7 billion in 2015 to $16.6 billion in 2016 on the heels of its 2014 acquisition of Nuveen Investments and its expansion of real estate offerings, as well as offerings for investment classes such as agriculture and timber, Fortune magazine reported this year.

As for more traditional commercial real estate lenders, the top bank originating loans in Boston in the first half of this year was Wells Fargo, which came in at No. 3 in our ranking, after TIAA and New York Life Insurance.

The top three originators in 2016, by contrast, were all banks. Morgan Stanley topped the list with over $1 billion in originations over the year, followed by JPMorgan and Deutsche Bank, both of which came in at over $500 million in our sample.

With the growth of commercial real estate loans on banks’ books slowing, as Federal Reserve policymakers said in the latest Federal Open Market Committee meeting, pension funds like TIAA and NYSTRS may be trying to teach us something about the potential significance of non-bank lending for commercial real estate finance.