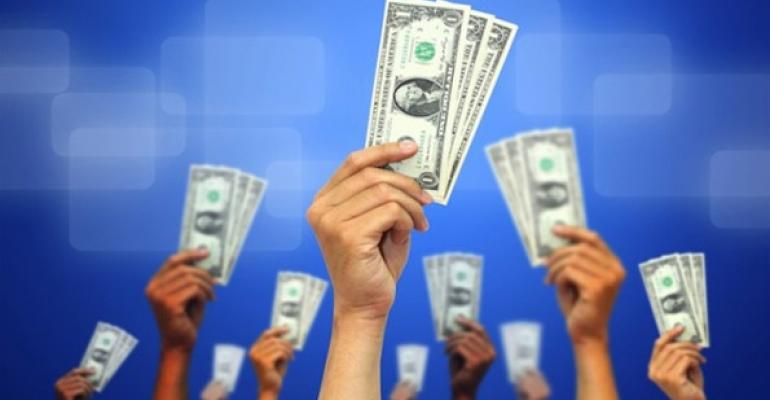 Lenders are being aggressive on bids to win refinancing business, especially for high quality assets.

Refinancing activity has typically been a steady source of business for mortgage lenders. But abundant debt capital in the marketplace, a thinning pipeline of maturing loans and a desire to stack loan portfolios with high quality deals heading into the latter stages of the cycle are just a few of the factors that are fueling a highly competitive lending market.

Lenders are being aggressive on bids to win refinancing business, especially for high quality assets. “If we are putting an offering in the market for a debt financing, it is not unusual for us to get 15 to 20 bids from Wall Street and from life insurance companies,” says David Sonnenblick, a principal at Sonnenblick-Eichner Company, a Beverly Hills-based real estate investment banking firm.

Sonnenblick-Eichner recently helped a client close on a $165 million, non-recourse interest-only loan to refinance the Airport Industrial Park, a 1.5 million –sq.-ft. office and warehouse property adjacent to the Honolulu International Airport. The asset attracted more than 15 lender bids. When a life insurance company realized it was not going to win the bid it kept coming back with tighter spreads and reduced fees until it did win the deal, according to Sonnenblick. “At the end of the day, it was a deal that they didn’t want to lose,” he says.

The high volume of loans that were originated during the peak of the market in 2004, 2005 and 2006 has resulted in a significant volume of loan refinancing over the past 24 to 36 months, notes Sonnenblick. “We also have seen a tremendous amount of our clients who are willing to pay off loans early and take pre-payment penalties or defeasance costs associated with these prepayments because they are able to roll into a lower interest rate loan today than they had eight or 10 years ago,” he says.

In the case of the Airport Industrial Park, the original loan was not coming due until 2020. However, the client decided that they wanted to take advantage of the attractive interest rate environment. So the company paid the defeasance costs to prepay the loan three years ahead of the maturity date, says Sonnenblick.

According to the Mortgage Bankers Association (MBA), there have been “no discernable trends” over the last year in terms of the share of loans that are refis versus acquisition/rehab. However, the MBA’s Quarterly Survey of Commercial/Multifamily Mortgage Bankers Originations for the third quarter shows commercial and multifamily mortgage loan originations were 21 percent higher year-over-year. That would suggest that refinancing activity, which typically accounts for about half of mortgage bankers’ total originations by dollar volume, likely has experienced at least some spike in activity this year.

Although many borrowers have already taken advantage of the prolonged low interest rates to refinance loans early, another factor fueling demand is the pricing gap that exists between seller and buyer expectations in the investment sales market. Some property owners are concerned that they may not get the price they want, or they may not be able to find a desirable replacement property after completing a sale. As a result, they are taking advantage of refinancing to pull equity out and use the cash to buy out partners or reinvest in property improvements, such as renovations, redevelopment or expansion. “In lieu of selling, if there is a lot of equity stuck in the deal and you can’t get your price, lenders are certainly willing to give borrowers cash back,” says Peter Norrie, managing director with real estate capital services firm Cohen Financial in Portland.

In other cases, developers that have built new properties are not getting the prices they want, or it is taking longer to complete lease-up and stabilize the asset. So they are refinancing construction loans with permanent debt with plans to hold properties longer than anticipated, adds Norrie.

Are lenders preparing for a shift?

The competition is not a big surprise, given the liquidity in the marketplace with lenders across the board, from banks, life companies and conduits to private equity funds and REITs all vying for deals. Lenders have ample funds available even as the pipeline of acquisition deals is slowing. Investment sales volume year-to-date through October reached $368.9 billion, which is 7.4 percent lower than the same period last year, according to research firm Real Capital Analytics (RCA).

Lenders are concerned that refinancing activity could also start to slow. Many borrowers have already taken advantage of the attractive rates and defeased loans and refinanced debt. In addition, there were fewer new originations completed between 2008 and 2010 because the recession, which means fewer maturities ahead for 10- and 15-year fixed-rate loans.

For example, the “mountain” of legacy CMBS debt has shrunk considerably, although there are still some 2007 and 2008-era loans that are driving refinancing activity. “There is still a fair amount of CMBS refinance business coming up in the next 12 months and then after that it is going to taper off some,” says Norrie. According to Trepp, approximately $26.6 billion in CMBS loans will terminate in 2018.

Lender demand remains high even amid what appears to be a shrinking supply of deals. One reason lenders like refi deals is because there is greater certainty on operations that makes deals easier to underwrite. In addition, the proven track record of those existing assets is especially attractive as lenders look to create solid loan portfolios and minimize risks moving into what many anticipate could be the later stage of the current growth cycle.

That competitive climate bodes well for borrowers looking for refinancing capital. “For good quality real estate deals, we are seeing the market be very, very competitive and it is probably going to continue to be competitive, because there are not going to be as many good opportunities to command quality assets as there has been historically,” adds Sonnenblick.