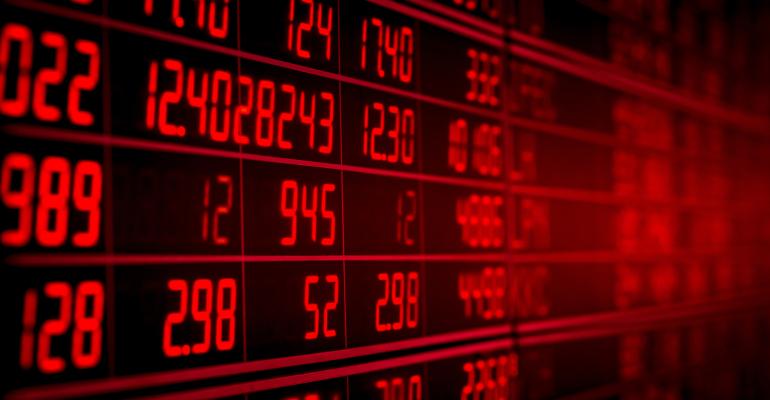 Conditions are deteriorating globally as central banks around the world raise interest rates to try to reign in inflation, pushing the cost of refinancing debt to a record.

(Bloomberg) -- Corporate credit conditions are worsening, with the last of three key measures now “flashing red,” according to a traffic-light system used by Janus Henderson Investors.

The outlook for cash flow and earnings was downgraded from amber in the third quarter, the $300 billion asset manager said on Monday. The other two measures -- access to capital and debt load -- were already red.

Conditions are deteriorating globally as central banks around the world raise interest rates to try to reign in inflation, pushing the cost of refinancing debt to a record. They’re especially bad in Europe, where higher energy costs are fueling a cost-of-living crisis that threatens to reduce consumption and earnings, leading to a drop in credit quality and ultimately more defaults.

“What started as a liquidity-induced downturn for credit is likely to become a fundamental downturn as credit quality is impacted by central banks’ relentless pursuit of combating inflation,” Janus Henderson said in a report. “Positioning portfolios for recession, heightened volatility and a deterioration in credit quality is prudent.”

The ability of companies to make money and service their debt was previously seen as the only pillar of support for credit markets in a year of record losses. Companies had strong balance sheets after taking advantage of pandemic support measures and ultra-low borrowing rates to push out maturities on their debt.

Those buffers are eroding as economic risks rise, but there’s no imminent risk of a crisis, the report said. Janus Henderson prefers higher-quality, non-cyclical companies. That echoes investors who’ve been drawn to the investment-grade market recently, where yields are at multiyear-high yields and defaults are low.

Riskier parts of the credit market are another story. Interest coverage -- a metric of how comfortably earnings cover debt interest expenses -- could fall to its lowest level in a decade for euro leveraged loan borrowers within the next six to 12 months, UBS Group AG strategists led by Kamil Amin wrote in a note to clients last week.

And zombie firms, a term typically used for companies unable to cover a single year’s interest with earnings, have made a comeback in credit discussions this year.

“As interest rates and company cash cushions move in inverse directions, some corporates will struggle to repay their debts,” Janus Henderson said in the report. However, “we see a shallower default cycle and this will help underpin significant dispersion in performance across different industries and sectors -- which presents challenges but also opportunities to investors.”

Traders have been preparing for the demise of this last indicator and increasingly price in the prospect of lower corporate earnings, Tom Ross, a portfolio manager at Janus Henderson, said in a telephone interview. Global corporate bond spreads have fully reversed their summer rebound.

Still, Goldman Sachs Group Inc. strategists joined a growing chorus warning that credit markets are not sufficiently pricing in recession risks, calling investors “complacent.” The New York-based bank added its voice to calls from PGIM and JPMorgan Asset Management flagging the upward risks to yield premiums in credit as the chances of recession in the US mount.

“We are going through a tough period of economic activity and this could lead to rising default rates,” Ross said. “While we continue to see upgrades within certain sectors, the ratings outlook will absolutely deteriorate given the growth outlook.”