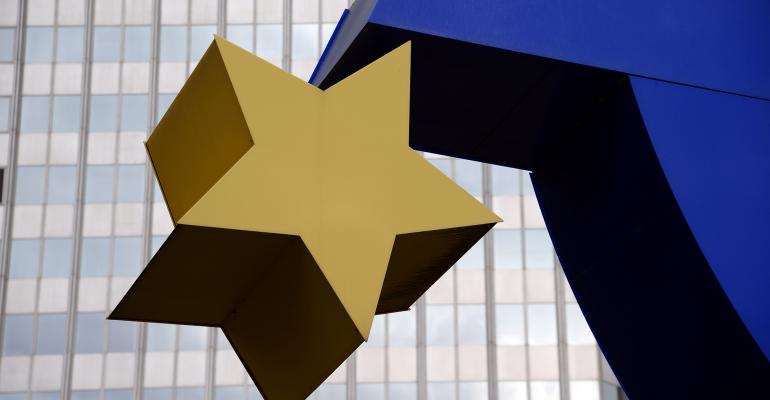 Firms are footing the extra cost to drive demand for their deals and ensure they get them over the line.

(Bloomberg) -- With volatile markets fraying investors’ nerves, companies are now paying the biggest premiums to sell new bonds since the height of the coronavirus pandemic two years ago.

Issuers including Philips and TenneT Holding BV have lured investors by paying a more than 22 basis-point premium on average to sell new euro bonds. That’s the highest in about two years, according to data compiled by Bloomberg tracking fixed-rate deals priced since the last week of April. The metric denotes the extra yield on a new bond compared to the seller’s existing debt.

Firms are footing the extra cost to drive demand for their deals and ensure they get them over the line as the global economic outlook grows increasingly uncertain. Euro-denominated high-grade borrowing costs are at the highest in nearly two years after April ranked as the worst monthly performance for global corporate bonds since the pandemic first roiled markets in March 2020, a Bloomberg index shows.

“The psychology of issuers has moved away from looking to price deals with a negative new issuance premium, to just getting deals done, while avoiding the risks of execution,” said Marc Baigneres, the head of Western Europe, Japan & Australia investment-grade finance at JPMorgan Chase & Co. “Patience has become key.”

Gucci owner Kering SA’s latest deal illustrates how market dynamics have changed. The French luxury fashion group ended the longest dry spell for sales of euro non-financial bonds since 2020 with a two-part deal on April 28 that included an eight-year note priced about 14 basis points above its existing bond curve. That’s a stark contrast to its last euro offering in 2020, when it issued two notes at spreads well inside its existing curve, Bloomberg data show.

Spokespeople for Kering, Philips and TenneT didn’t respond to requests for comment on the sales.

Current deal execution dynamics and oversubscription levels are “making some issuers rather nervous,” Rabobank’s debt capital markets team wrote in a note published May 4. “This year we seem to be looking out from one event to another which reduces the amount of favorable execution windows.”

“Volatility means that we need to keep our cards much closer to our chest before we execute and be cleverer about how and when we bring clients to the market,” JPMorgan’s Baigneres added.

A planned European Union NextGenerationEU deal could provide a boost to Europe’s primary market, as a risk gauge on the region’s safest companies breached 100 basis points for the first time in more than two years.

Investment-grade issuers may sell bonds at a faster pace this week after market volatility pushed many borrowers to the sidelines over the past month, with estimates calling for $25 billion to $40 billion.

--With assistance from Priscila Azevedo Rocha.