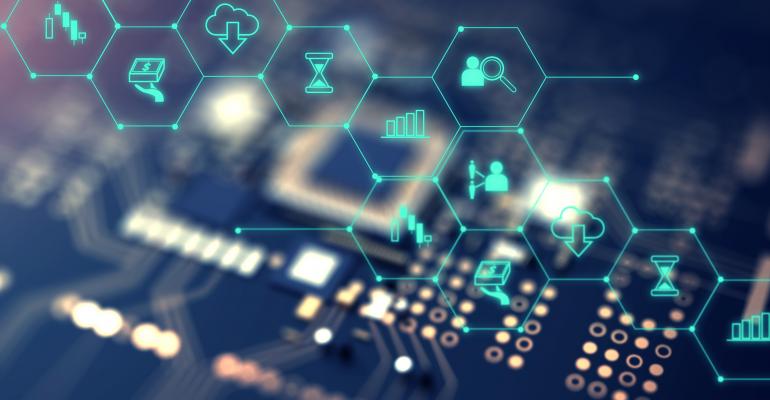 Online lending in the commercial real estate industry is still in its very early stages.

Fintech firms trying to disrupt traditional commercial real estate lending processes are finding that they still have plenty of work ahead.

Some crowdfunding firms have evolved their models to offer both equity and debt financing for developers and sponsors. At the same time, there have been other fintechs that have entered the space as direct lenders and financial intermediaries.

One reason online commercial mortgage lending has not evolved more quickly is simply due to the complexities involved. Generally speaking, there are many nuances when you lend on a particular property in a particular location, notes Jonathan J. Daniel, principal at Knighthead Funding LLC, a private equity commercial real estate lender based in Greenwich, Conn. “It is very challenging to put that underwriting in an automated process and really understand the transaction, the pros and the cons and the risks involved,” he says.

Yet tech-enabled lenders are gaining traction as they continue to grow their customer base. “Industries have been turned upside down because someone like Amazon comes in with a better solution, and that’s what we see ourselves doing, creating a better model for the customer,” says Gentry.

Meanwhile, non-fintech lenders are not sitting back in the dark ages. They are leveraging technology where applicable. For example, much of the due diligence information that lenders rely on is highly automated and sourced online as it relates to market research. Background and credit checks are much more robust and delivered electronically. “Anything that can be done in an automated way, is being done. But there is still a ‘kick the tires, understand the risk, shake hands with the borrower’ requirement when you are doing commercial property lending,” says Daniel.

Fintechs have stepped into the growing non-bank lending market. For example, Money360 focuses primarily on 2 to 3-year bridge loans for borrowers who don’t fit exactly into the box for bank loans, such as borrowers with a property that is in transition or being repositioned.

“The biggest complaint for most people who have gotten a loan, whether it is residential or commercial, is lack of communication and lack of transparency,” says Gentry. Money360 has developed an online portal where borrowers can communicate directly with Money360, including the ability to download forms and upload documents and information, as well as receive updates on their loan status through the entire process.

One of the advantages that fintechs offer is a quicker close for borrowers. “As opposed to three-four months, we can close a loan in three-four weeks,” says Gentry. “So, we see a lot of business coming to us simply for the speed, as well as the efficiency, transparency and the surety of close.” Money360 has been growing at a rate of more than 300 percent per year as its brand awareness grows.

In addition, new players are continuing to enter the space. For example, Commercial Direct officially launched its online platform in March. Commercial Direct provides loans ranging in size from $250,000 to $5 million across a variety of fixed and floating rate loans products. Borrowers apply online and structure their loan to fit their needs, and they can also interact with staff if they need lending advice or assistance, notes Leslie Smith, managing director of Commercial Direct.

“There has been so much capital and innovation behind these commercial real estate platforms that we’re really seeing a tipping point now in borrowers being comfortable with technology and comfortable with online lending platforms,” says Milazzo. And it also helps that the tools that borrowers are using in other areas of real estate, such as analyzing deals or looking at performance within a portfolio, are seeing that same innovation in technology, he adds.

StackSource helps to connect developers and borrowers with capital sources across a network of more than 200 lenders, including banks, life insurance companies, CMBS lenders, Fannie Mae and Freddie Mac and debt funds. The company launched its online platform in 2017 and closed on its first loan last summer.

StackSource also pitches a faster, more transparent process for its users. Borrowers that submit a loan request on the online platform get matched to applicable lenders within minutes as compared to two to three days for traditional mortgage brokers to complete, notes Milazzo.

Can the underwriting stand up?

Bloomberg recently reported that some of the biggest online consumer lending platforms have been forced by bond investors to tighten underwriting standards in the wake of a wave of loan defaults.

Some see that tightening as simply part of the learning curve. Those firms were putting out new and progressive ways of quickly underwriting and approving loans, but some of it wasn’t fully proven in a lending cycle. Now they are learning and adjusting algorithms accordingly, notes Smith.

Commercial real estate is different because it involves loans secured by the underlying real estate, she says. “From our perspective, we marry technology and data with traditional lending and underwriting. We use the five Cs (character, capacity, capital, collateral and conditions)—that is very much at the core. The difference is that we use technology to accelerate that process, but we don’t lose sight of the core of the borrower, who they are and the property,” Smith notes.

Across the industry, default rates on commercial real estate loans appear to be at very low levels, and they are also low among the non-bank lenders, adds Gentry. At Money360, the default rate is perhaps 1-2 percent, with no losses. In most cases, borrowers that have fallen behind have been able to correct the situation. The company also originates loans with a loan-to-value (LTV) ratio of between 65 and 75 percent. So, borrowers have equity in a deal and are motivated to hang onto assets.

“That being said, we’re on almost a 10-year run of a bull market of increasing property values,” says Gentry. “So, just based on where we are in the cycle, I think it is prudent for any lender to reevaluate their underwriting standards to make sure they are making good loans.”

Despite the explosive growth of disruptive technology, there are still relatively few dedicated online or tech-based lending platforms in the commercial real estate industry. “When we go out and compete, we go out and compete against the traditional lenders—the banks and CMBS and also non-bank hedge fund and bridge lenders as opposed to competing with other technology-based solutions,” says Gentry.

“I definitely think we will continue to see growth across crowdfunding and online lending,” says Milazzo. The bigger question is what will the commercial real estate lending sector look like a decade from now? Fintechs are using data and automation to streamline the lending process. “If you’re not automating things a machine can do better than a human, that means you’re wasting human capital on the wrong activities,” says Milazzo. Commercial real estate lenders and intermediaries will need to leverage technology to stay relevant, which means that traditional firms will need to have a serious technology strategy in order to remain relevant and competitive, he adds.