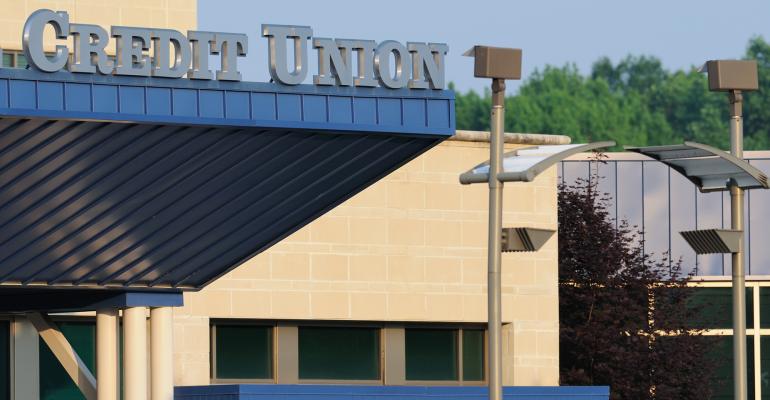 Credit Unions are Making a Bigger Play for CRE Loans

Credit unions are an attractive option for borrowers who are seeing fewer lender bids, particularly from banks and debt funds.

Credit unions that have been working to grow market share in the commercial real estate lending space in recent years are taking advantage of open runway as other capital sources have pulled back in recent months. In fact, these institutions are willing to offer competitive terms and creative solutions.

“What we have seen from credit unions is that they are willing to finance property types that others aren’t doing,” says Pat Minea, executive vice president, debt and equity at NorthMarq. NorthMarq estimates that its financing activity with credit unions is about 50 percent higher this year compared to last year. Since March, the firm has closed more than two dozen financing transactions with credit unions as the lender for borrowers across the board involving multifamily, industrial, retail and office projects.

There are plenty of capital sources still willing to finance multifamily and industrial assets. Interest drops off, however, for office and retail properties with financing that has become tougher because of COVID-19.

“We are having to dig a little deeper to find the terms that borrowers want in the current climate, and credit unions are a great example of that alternative,” says Minea. “They are more receptive, for whatever reason, to doing these deals that, in today’s world, are a little more on the edge.”

For example, credit unions are still willing to finance single-tenant retail and unanchored retail properties. That may be because credit unions don’t have as large of a loan portfolio and potential concentration risk to that sector as other lenders might have, notes Minea.

Credit unions are an attractive option for borrowers who are seeing fewer lender bids, particularly from banks and debt funds. Although most credit unions focus on loans below $5 million in a tight local footprint, some of the larger credit unions will go up to $50 million or higher.

“I’ve seen credit unions inserting themselves into the lending market on a much more active basis over the past couple years,” agrees Ari Schwartzbard, a senior managing director on the Multifamily Capital Markets team at Newmark Knight Frank (NKF) in Atlanta. “We have seen them try to come up with different creative ways to get a bigger share of the market,” he adds.

In June, NKF’s multifamily capital markets team helped to arrange the financing for American Landmark Apartments’ acquisition of The Bentley at Marietta through Alliant Credit Union. The credit union provided a $22.8 million, five-year loan with a two-year interest-only period followed by a 30-year amortization. The loan includes structure components, including a future built-in rate reduction and an earn-out provision to partially reimburse capital improvement costs.

The financing execution occurred in the midst of COVID-19 when a lot of other lenders had pulled back. Pre-COVID-19, there were 10 to 15 debt funds that were extremely aggressive on the multifamily side. However, those debt funds were hit hard in COVID-19 when repo lines were pulled or terms changed, notes Schwartzbard. In addition, there were certain underwriting quirks of the deal that made it not a good fit for Fannie Mae or Freddie Mac, he says. “That created a great opportunity for a credit union, Alliant in this case, to come in and step up to the plate to provide an acquisition loan,” he adds.

In a recent episode of NREI’s Common Area podcast, Alliant Credit Union, Vice President and Head of Commercial Lending Charles Krawitz said that Alliant has been active nationally both before and during COVID-19. About 85 percent of its commercial loans are made to stabilized assets.

Stepping into the gap

“I do not think they are more active or less active now than they were pre-COVID-19. However, they are gaining more attention because other lenders have pulled back, and therefore they are a good option for borrowers that need to transact,” says Shawn Hill, a principal at The BSC Group, a financial brokerage and advisory firm based in Chicago.

The BSC Group recently closed a $12.1-million loan with a credit union for a portfolio of three self-storage assets. The five-year loan featured a 30-year amortization and one year of interest-only payments. Because the properties had recently been expanded, the loan was structured with an initial funding at 61 percent loan-to-value (LTV) ratio and a "future funding” component for the balance at 70 percent LTV based on performance as certain leasing hurdles were met. In addition, there was a 50 percent limited recourse to the sponsors with a burn off as cash flow increased. Hill has seen credit unions focusing on permanent loans with between five-year and 10-year terms at moderate leverage of 60 percent to 65 percent with competitive pricing between 3.25 percent to 4.25 percent.

Credit unions may have a bigger appetite for CRE loans these days as compared to their bank competitors, because they have less concentration risk. Additionally, banks are highly focused on granting forbearance and preserving capital because they are not sure how deeply they will be impacted by distressed loans. “I think credit unions have a better handle on their balance sheet exposure and are therefore able to take advantage of the lending opportunities in the market,” says Hill.