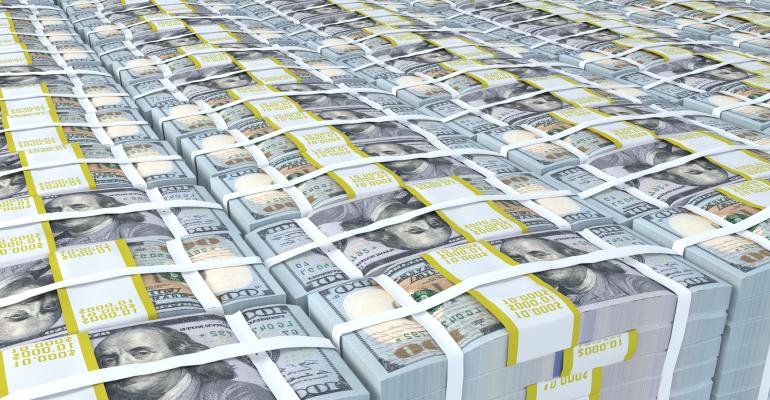 Capital markets are showing some weakness. CrediFi CEO Ely Razin talks about what the data means for the future.

CrediFi, a commercial real estate data/analytics firm that tracks lenders across the U.S., has recently released data that showed some slowdown in new loan originations across virtually every product type in 2018. The number of loan originations on retail properties went down by almost 10 percent year-over-year, while the number of hospitality property loans went down by more than 15 percent. Stats on office, multifamily and industrial originations were also down. NREI recently talked with CrediFi CEO Ely Razin about his take on the latest stats on commercial real estate debt financing.

NREI: How does the debt market look for commercial real estate investments for the remainder of 2019?

Ely Razin: Last year showed some weakening in real estate financing with about a 4 percent drop in the debt financing market from 2017. As a result, as we move through 2019, our concerns are heightening for two reasons: first, from a data perspective, we are seeing some ongoing weakness in the market. Second, and more anecdotally from customers and others, is a concern about a pick-up in risk and concerns about a slowdown in financing. This all signals an ongoing weakening that will not only impact lending, but it will impact commercial real estate transactions in general.

NREI: You mentioned a concern about rising risks. What kind of risk has commercial real estate lenders and investors concerned?

Ely Razin: There are a number of flavors of risk that impact the market. Some are [about] property level performance, which is what the market will often concentrate on, such as a slowdown in rents. Some of it is more about risks associated with sponsors. Those kinds of risks take two forms: essentially, their operating success and their ability to refinance their own properties. If a sponsor can’t get a refi at the right rates or at all, that jeopardizes that particular asset and, more broadly, their entire real estate portfolio. We are also seeing risk picking up because of the slowdown in financing, which will impact the ability of certain people to get loans. If a particular owner can’t get a loan, it’s not like the building melts down, obviously. That’s an opportunity for someone else to come in and buy the building. However, if liquidity is lessening, that is a risk for the market.

NREI: Is that risk displaying itself in any particular property sectors more than others?

Ely Razin: The risk that has been much talked about, which we are seeing also, is risk in retail. The move toward e-commerce obviously impacts retail real estate but, in addition to that, we are seeing retailers filing for bankruptcies and we’ve seen a number who have filed this year, including ShopKo, Charlotte Russe and, most recently, Payless Shoe Source. I don’t think the issues are just about e-commerce, but we are seeing Amazon continuing to prosper and it impacts retail real estate.”

NREI: Are there debt financing trends that you are keeping an eye on?

Ely Razin: The real estate market, prior to the credit crisis, was significantly based on CMBS and bond financing. One of the things that has happened since then is that the bond markets have shrunk everywhere, except for those associated with Freddie Mac and Fannie Mae. As a corollary, balance sheet lending from private lenders, whether they are banks, debt funds or life insurance companies, has grown in importance. We are keeping an eye on that, both on the bond side, which we track, and the balance sheet side, which is much larger, and we also track. One thing we saw as we exited 2018 was a drop in lending overall for real estate. We are also seeing a shift in the lender segments that are making loans off of their balance sheets. In general, bank lending has slowed down, as is lending by insurance companies and credit unions (having dropped between 8 and10 percent each in 2018, by dollar value). Interestingly, debt funds and other alternative lenders have increased by almost 10 percent, though admittedly off a much smaller base of loans. In 2018, the only segment that grew in the value of lending over the prior year was multifamily, and we expect that to continue. The other sectors have all shrunk year-over-year, so we are seeing less financing for significant portions of the real estate economy.

NREI: Besides multifamily, everyone talks about industrial being robust. It’s not?

Ely Razin: I know there’s a lot of talk in the real estate press about industrial being a hot sector. Earlier this decade, that was absolutely the case, but what we see in terms of financing trends is that the amount of financing—the amount of loans available for industrial—actually went down in 2018. We expect that trend to have continued in the first quarter of 2019, although our first quarter numbers aren’t out yet.

Ely Razin: I don’t know the specific details on Oregon’s new law, but, in general, if rent controls are placed onto a property that means the revenue for the building drops meaningfully and it impacts the economics of the building. It impacts the returns that any new investor might see from the building. It could impact the ability of an owner to repay a loan or to take out a loan because they can’t afford the same interest rates, and it certainly will impact the level of economic investment that they’ll make on an ongoing basis in the building. While I’m not expecting a rise in defaults, you could have changes in predictive models that show less rent revenue on a rent-controlled building that could result in banks saying ‘We don’t want to make the loan,’ but more likely we’ll hear: ‘We’ll make the loan, but it will be a smaller loan’ and that could trigger the owner to say, “I need to cut my spending and won’t be redoing the lobby or providing other tenant improvements.”

NREI: Who’s making what types of loans? Can you give us a taste of what CrediFi’s data is showing in that respect? And are there any particular metros that are hot for lending and others that are not?

Ely Razin: We look at lending in a few ways: by loan size, asset class, MSA, use of proceeds, and other dimensions. One thing that jumps out is that while lending levels are declining, average loan sizes are actually growing. Think about that for a moment—lenders are cutting their lending, but they are increasing the size of each individual “bet.” This is true across most lender types, and is good news for those seeking bigger loans, but may be a problem for those seeking small balance loans. One last parting thought: even at a time of declining lending, some markets are seeing higher liquidity, like Charlotte, Denver and Minneapolis (growing 13 to 15 percent each in 2018, by dollar value). These are due to market conditions, including relatively strong employment growth and economic stability.