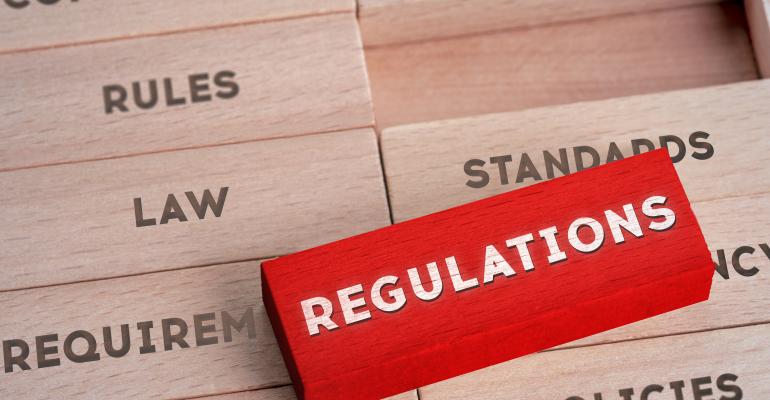 Financiers adjust as the current expected credit losses methodology has begun to take effect for many players.

Nearly a dozen years after the financial crisis, commercial real estate lenders are facing another new rule that aims to increase transparency and reduce risk in lending practices. But however well-intentioned the new rule might be, many lenders are worried about the added operational burden and potential ripple effects on borrowers and lending practices.

The Financial Accounting Standards Board (FASB) introduced the current expected credit losses methodology (CECL) for estimating allowances for credit losses back in 2016 to come into force this year. The new rules officially went into effect in January for publicly traded SEC filers, including major banks, publicly traded life insurance companies, mortgage REITs and the GSEs. Non-SEC filers have three more years to get their ducks in a row and processes in place to comply with their January 2023 implementation date.

It is fairly safe to say that the CECL rules are a concern for every institution that uses a FASB accounting standard. Effectively, it changes the entire process behind the reserves that an institution is making against credit risk, says Kelly Hamill, associate director of the commercial/multifamily policy group at the Mortgage Bankers Association (MBA). The MBA also had previously stated that CECL “probably represents one of the most significant rewrites of U.S. GAAP in the past 40 years.” It will fundamentally change how banks and other financial companies recognize credit losses in their loan portfolios.

The new rules have created some pushback from the lending industry because compliance is creating a strain on resources. This is one more exercise that lenders have to go through, document and explain, including buying data to do their own modeling internally or hiring outside people to do it, says Joe McBride, CFA, head of commercial real estate finance at Trepp. “I think the biggest impact is less about the impact to financial statements and more that this is a huge overhead burden on these institutions that already have many, many overhead financial burdens,” he says. Trepp has been building and selling data and model solutions to institutions in preparation of the new CECL rules for the past four years.

In addition, there is an added concern that CECL will result in banks holding more cash reserves to offset loan risk, which could remove some liquidity from the market. That information is expected to start showing up in first quarter reporting from the affected financial institutions. “You hear a lot of talk about whether it will cause reserves to go up or down, but I don’t think we will know for sure until we see that data,” says Mike Flood, senior vice president for commercial/multifamily at the MBA. So, there is a bit of a wait and see period as to the true affect, he adds.

Another concern is that the new rules will make it more difficult to make longer seven- or 10-year loans. “The longer the term of your loan, the higher the expected loss will be in most industry models,” says McBride. So, you may see fewer on balance sheet longer term loans. Potentially, instead of a 10-year loan a lender may do a five-year loan with a five-year extension.

It also will be interesting to see how the new rules will impact the pricing of loans, says McBride. How a loan impacts reserves could also factor into pricing models. However, given that lenders are still competing tooth and nail to win deals, there also could be no ripple effects on loan pricing, he says.

Dusting off the crystal ball

“The problem that a lot of our members in the commercial real estate space run into, particularly for smaller institutions, is that they don’t have the same historical data necessarily available as some of the banks and larger institutions do. So, it is difficult to make some of those projections,” says Hamill. Even for those institutions that do have access to historical data, many of the losses that have occurred tend to be idiosyncratic in the way that they may result from specific events or are tied to specific geographic locations. “So, that is a definite challenge that faces a lot of our commercial members in modeling these CECL reserves,” she says.

The new rule represents a fairly significant change to previous methods. It used to be that if a lender had 10 loans on its balance sheet that it knew were distressed and likely headed for a loss, they could do some analysis on that small set and come up with a reserve to offset the expected losses. Now a lender has to do a forward-looking life analysis on every loan on the balance sheet. So, if there is a change on the assumption of the economy, that flows through every loan multiplied by how long all of those loans are, notes McBride. “So, the changes to these reserves could be decently bigger than what they have been in the past,” he says.

In addition, the new rule applies to all debt securities held on the balance sheet, including loans or leases. So, for banks in particular, this would apply to many different portfolios of loans, including commercial and residential real estate, auto and commercial loans. Logistically, this is difficult for institutions as most usually don’t have all of the needed data in one easy place to access, adds McBride.

Another question is how institutions “reasonably” input different variables into their forecasting models. The recent volatility in financial markets triggered by the coronavirus shows that there are black swan events that are impossible to predict. Six weeks ago, economic forecasts were fairly benign. It will be interesting to see how CECL filers respond to the disruptive effect of the coronavirus in terms of changing their macroeconomic assumptions, notes McBride.

“If we had perfect foresight, this would be a great rule,” says McBride. For example, if lenders knew the economy was heading into a recession, they could increase their reserves. At the same time, if there is a recession coming and lenders pull back on lending, the recession gets worse, he adds.

As with any new rule, there is a general concern of unintended consequences. In that regard, the MBA has been advocating for various government agencies, including FASB to keep a close eye on data and conduct impact studies in order to better gauge the true effect on the economy and on lending. “Anytime you come up with a new policy or procedure, you put it out there and then when you get real time data back you make adjustments to make sure that it works, not only for the government, but also for the industry,” says Flood.