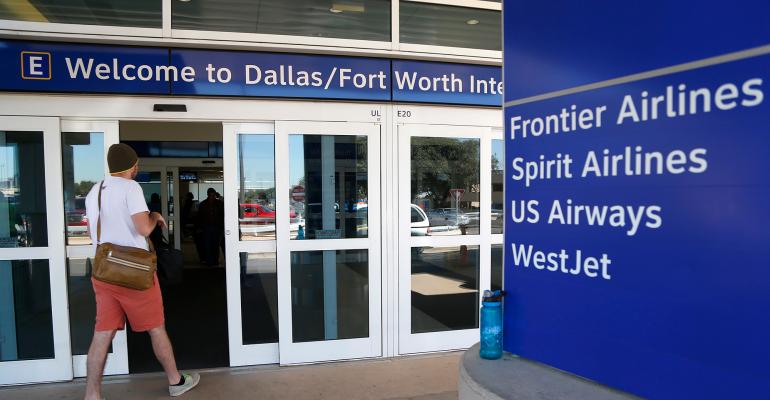 The deal is the largest the bank managed to do since re-entering the Texas municipal bond market.

(Bloomberg)—Citigroup Inc. is underwriting a $1.2 billion bond sale for the Dallas Fort Worth International Airport, the largest deal it has managed since reentering the Texas municipal-bond market after being temporarily sidelined last year over the bank’s firearms policy.

The transaction would be a major win for the bank’s public finance business, which has seen its standing in the Lone Star State slide after a GOP law sought to keep companies that “discriminate” against firearms entities from working in Texas. Citi, which limits its business with gun retailers but has repeatedly said it complies with the law, has only underwritten four Texas deals amounting to $216 million since the legislation went into effect in September.

The bank was ranked as the 22nd biggest underwriter of Texas municipal-bond deals over the seven-month period ended March 31, down 17 slots from the same period a year earlier, according to data compiled by Bloomberg. Meanwhile other large banks including Bank of America Corp., Goldman Sachs Group Inc. and JPMorgan Chase & Co. haven’t underwritten a bond deal by a Texas city or the state during that time.

It hasn’t been easy for Citigroup to rebuild its business in the state. It lost two major bankers, Mario Carrasco and Mark Tarpley, to competitors. Even though Citi provided a written verification of its adherence to the law, it has been accused of not being able to comply by industry group National Shooting Sports Foundation. The group also pleaded its case to the Texas Attorney General’s office, which oversees bond deals.

The entity had provided details of the bank’s “discriminatory policies against members of the firearm industry” to Attorney General Kenneth Paxton, said Lawrence Keane, senior vice president and general counsel for the industry group, in an emailed statement last week.

“We are confident based on the undisputed facts Attorney General Paxton will find Citigroup’s filed an invalid verification and is ineligible under Texas law to receive taxpayer funded contracts,” he said.

Paxton’s office, in January, had asked Citigroup for more information about its gun policies. The Texas Attorney General did not respond to requests for comment.

Citigroup has repeatedly said it doesn’t see its policies as violating Texas’s new law. The bank “simply requires our clients to use best practices when selling firearms,” it said in a June blogpost. It also said it continues to work with retail sector clients that sell firearms in Texas. A spokesperson for Citigroup also declined to comment further.

Banks’ public-finance businesses face a growing threat from legislation backed by the National Shooting Sports Foundation seeking to punish Wall Street for taking on gun policies. Bills proposed by Republican lawmakers in Arizona and Oklahoma have advanced in the state legislatures there this year.

There’s no mention of the Texas law, known as Senate Bill 19, or concerns about the underwriter’s compliance in the bond documents. A spokesperson for DFW Airport declined to comment.

Meanwhile, the DFW Airport is in the midst of a borrowing spree. It plans to sell $3.1 billion of debt between the 2022 and 2025 fiscal years in part to help fund a $5.9 billion capital program designed to equip the facility to support more passengers, according to investor roadshow documents. The population of the DFW area is expected to surpass that of Chicago’s by about 2033, according to the documents.

The $1.2 billion deal, slated to price as early as this week, is federally taxable. Its proceeds will be used to finance improvements to the airport and make a payment to a reserve fund, the preliminary offering documents say.

The new deal is rated A1 by Moody’s Investors Service, A+ by S&P Global Ratings and Fitch Ratings and AA by Kroll Bond Rating Agency, LLC. S&P upgraded the airport’s credit in March, the company wrote in a report.

“The upgrade reflects our view of DFW’s demonstrated financial resilience and rate-setting flexibility during a period of materially depressed activity, along with strong passenger recovery trends,” said S&P credit analyst Ken Biddison in a statement.