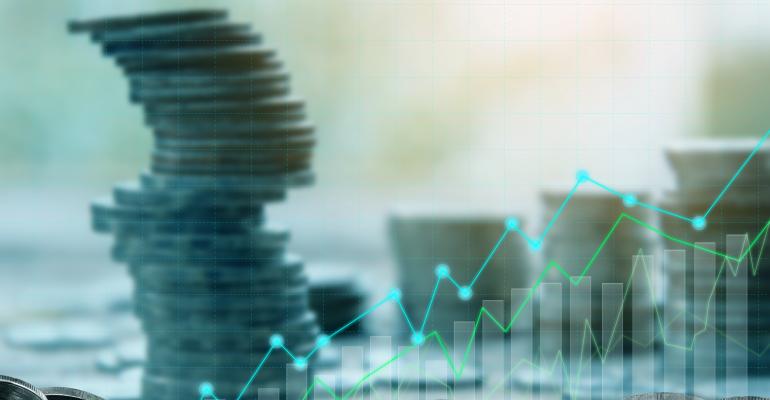 With the cycle nearing the end and some banks making uncharacteristic loan bets, there is some concern about rising risk in the sector.

Banks are enjoying near record low commercial real estate loan delinquency rates at 0.5 percent. Yet some industry observers are cautioning that there could be greater risk exposure emerging among some banks that has the potential to snowball into bigger problems in the event of a downturn.

Given the depth of the last financial crisis, it is no surprise that observers are keeping a close eye on weaknesses that could negatively impact the banking sector and capital markets in general. “Overall, the system continues to function, as it should, safely providing liquidity,” says CrediFi CEO Ely Razin. “However, there are pockets of concern already and more may form, if and when there is a downturn.”

CrediFi recently published a commercial real estate lending report that suggests that the banking system has much greater commercial real estate risk exposure than publicly recognized. Top concerns highlighted in the report are associated with levels of lending to “more opaque” property sectors, including retail and industrial. In addition, the report noted potential risks from out-of-norm lending by banks that occasionally take on loans that are outsized or out-of-character for them.

“We did not issue this report to say all bank lending is problematic. It's absolutely not. However, certain areas of lending, and certain institutions, are taking on more risk and we are simply calling this out,” says Razin.

A downturn could expose problems

The big issue is how concentration risk could impact banks in an economic or real estate market downturn. In particular, one area of concern is the risks construction loans might pose, especially in the current climate of rising costs. Bigger projects can take up to two years to complete at a time when construction costs are rising at about 10 percent per year.

Banks are underwriting construction loans at 75 to 80 percent loan-to-cost. Over 24 months, rising costs could push the loan-to-cost close to 90 percent or higher, meaning that developers will need to put in more equity when transitioning to permanent financing, notes Conway. Certainly, there is plenty of capital in the market to fill that gap, such as from private equity debt funds. However, they are typically more expensive sources, which can impact yields and financial feasibility.

In some cases, rising loan-to-cost levels during the construction cycle may result in the bank having to hold a loan on their books longer than anticipated. Potentially, a loan might also have to be reclassified as a high volatility commercial real estate (HVCRE) loan, which would require a bank to hold more capital in reserve. According to Conway, there is likely a “day of reckoning” looming. He expects a test to come sometime in 2020, when borrowers try to move construction loans to permanent financing. “I fear that the loan-to-value will be north of what the permanent market is willing to take it out at,” says Conway.

One way the CMBS market has been dealing with that is with interest only loans so that the debt service coverage test passes, but there is still a loan-to-value issue, he says. Another concern is that there has been some easing in the regulatory environment under the Trump administration.

“Regulators have allowed the banks to lower their loan loss reserves for commercial real estate at a time when we are late in the cycle, values are stretched and costs are rising,” says Conway. So, banks may not be well prepared for any kind of problems right now. Additionally, banks and regulators are not paying attention to potential risks related to lease accounting changes and a potential shift away from long-term leases to short-term leases, which could impact underwriting in the permanent debt market, he adds.

Some banks are making bigger gambles

Bank risk exposure is not uniform across the board, and in fact, may exist only among some pockets of the banking sector. For the bigger banks, commercial real estate is not a big percentage of their loan books, and they haven’t been growing it as fast as some of the smaller and mid-size banks[BM1] , notes Chris Wolfe, managing director and head of North American banks at Fitch Ratings.

Banks are not likely to fall into the financial abyss as they did in the last recession, emphasizes Conway. In the event of a downturn, the negative effects will likely be felt by a limited group of banks that have a higher concentration of commercial real estate loans and/or are negatively impacted by a contraction in certain geographies. “The good news here is that this not going to be a 2009 type of real estate crisis, and banks do have more capital than they did then to absorb it,” he says. However, bank exposure risk to commercial real estate loans is certainly something that ratings agencies and other stakeholders will continue to watch.