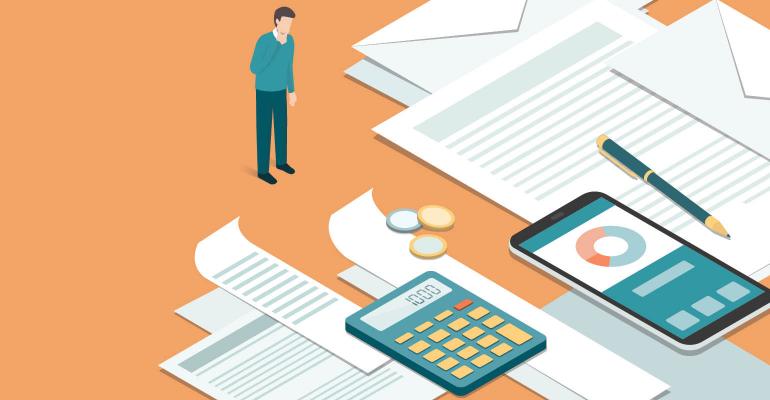 Alternative CRE Lenders Grab a Greater Share of the Market

Debt funds, mortgage REITs and other finance companies finished 2019 with a boffo quarter and are off to a running start so far in 2020.

Lenders across the board are still celebrating capping off a record-high year of mortgage originations in 2019 and have stayed busy the first two months of this year. Yet while that high tide is generally raising all boats, some capital sources are getting a bigger boost than others.

It was a robust year for capital sources across the board. Commercial and multifamily mortgage bankers were expected to close a record $628 billion in loans in 2019 with a further 9 percent increase ahead for 2020 to $683 billion in new originations, according to the Mortgage Bankers Association (MBA). However, industry research also supports a common trend that many in the industry have been seeing for quite some time. Alternative capital sources have emerged as a formidable competitor and they are playing a bigger role in CRE finance.

“What we have seen is that the overall commercial/multifamily lending market has been growing pretty significantly. Within that, you have seen some groups growing faster than others,” says Jamie Woodwell, MBA's vice president of commercial real estate research.

The MBA is tracking strong growth from what it refers to as investor-driven lenders, which includes mortgage REITs, debt funds and others. “They have absolutely seen significant growth in recent years,” says Woodwell. Commercial/multifamily mortgages that have been intermediated to investor-driven lenders have been surging from $32 billion in 2016 to $52 billion in 2017 and $67 billion in 2018. Data for the first half of 2019 stood at $25 billion, which is about 10 percent ahead of the prior year, and that percentage could climb higher after second half results are tallied, according to the MBA.

Alternative lenders are benefitting from an active commercial real estate lending market. In particular, the sweet spot for many of these alternative lenders is short-term construction and bridge loans. “There has been an awful lot of interest in the market for that type of lending in recent years,” says Woodwell. “So, there is a great confluence for investor-driven lenders wanting to get their money into the commercial mortgage market and a lot of borrower demand.”

Those investor-driven lenders still represent a smaller segment of the overall financing market. For example, life company lenders originated about $83 billion in 2018 and CMBS $77 billion, according to the MBA. The question is how much runway alternative lenders might have ahead to continue to expand.

“As far as the alternative lenders continuing to gain market share, I think it is going to ebb and flow like it has done historically,” says Brian Stoffers, global president, debt & structured finance at CBRE. “Traditionally, life companies come out pretty aggressive in the first quarter. So, we will see if that plays out this quarter,” he adds.

Alternative lenders, and debt funds in particular, have been around for some time. Their continued fundraising success gives them plenty of dry powder to put to work. “There’s just a tremendous amount of capital that these debt funds have raised for real estate,” says David Sonnenblick, co-founder and principal at Sonnenblick-Eichner Company, a boutique real estate investment banking firm based in Los Angeles. Debt funds have been very active in recent years, and they are likely to remain very active in 2020. “I think you’re going to see their pricing be more competitive in order to win market share from other debt funds looking to place debt,” he adds.

The strength that debt funds are playing to is their willingness to be aggressive in providing short-term, floating rate debt for assets that are in transition, such as new construction or bridge loans on a renovation or redevelopment. Debt funds are willing to go higher in the capital stack than other floating rate lenders, such as banks, and they also will offer non-recourse loans. Borrowers pay a little more for that, but debt funds fill a really big void for assets that are not stabilized and need that interim capital, notes Sonnenblick.

The question is whether the success of alternative lenders is putting pressure on traditional capital sources, namely the banks. Banks are typically more conservative, and most banks also will require at least some recourse. “Borrowers would prefer to be doing commercial bank loans, but if they’re looking to push leverage, it’s going to to go to a debt fund and debt fund loans are non-recourse,” says Sonnenblick.

For example, Sonnenblick-Eichner is currently financing a $130 million hotel construction project in Northern California. The deal is in application with a debt fund at $95 million or 73 percent of cost on a non-recourse basis. Some debt funds are willing to go up to 80 percent of cost on some deals. “We’re also seeing debt funds refinance hotel projects upon completion with no operating history. The commercial banks are just not going to get there,” he says.

The data suggests that debt funds are pulling business away from the banks. However, banks continue to have strong commitment to commercial real estate overall. The irony is that it is bank financing that is essentially supporting the debt funds through CLOs, notes Stoffers. “So, if banks aren’t getting their money out the front door in traditional bank lending, they are getting it out the back door by basically supporting some of the debt funds through CLOs or warehouse lines,” he says.

In addition, the lines that used to separate lenders and their specific financing niches are continuing to blur, adds Stoffers. For instance, life insurance companies are coming out with high-yield loan products that compete more directly with debt funds, while some of the debt funds are leveraging lower cost capital, such as from Japanese investors, that allows them to better compete with life companies on lower rate loans. “The competition is great for borrowers. There is more money than there is deals looking for money,” says Stoffers. “But we don’t see any crazy lending going on with any lender type.”