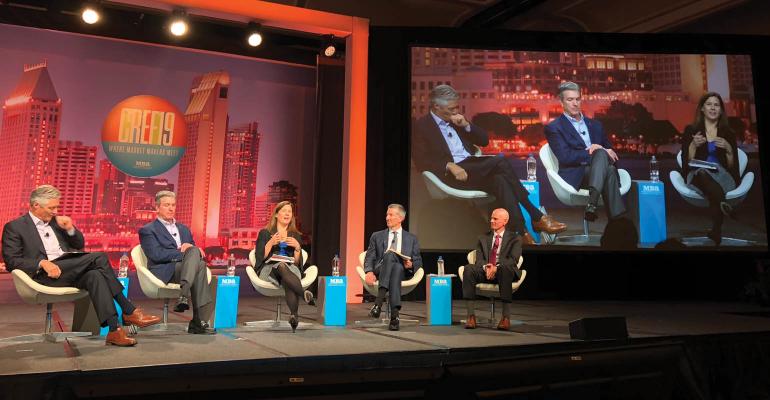 On Tuesday, panelists tackled the subjects including Opportunity Zones and lack of diversity in the industry as well as the state of financing.

As the MBA CREF/Multifamily Housing Convention & Expo 2019 continued on Tuesday, panelists provided an outlook for the investment sales market, discussed the issues surrounding Opportunity Zones investment and reviewed the commercial real estate industry’s progress in tackling its diversity problem. Here are some takeaways from Tuesday’s sessions.

On the other hand, Stafford offered some reassurance that the industry is still looking strong when it comes to property fundamentals, with no expectation of a downturn this year. While there has been some slowing in NOI growth in 2018, “from the first mortgage perspective, those look very healthy,” she said. “In terms of fundamentals, it feels much better” than it did in 2006-2007.