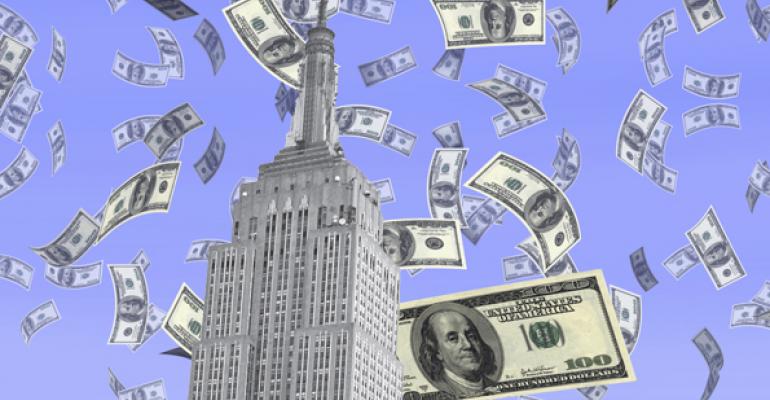 The Tyranny of Minority Shareholders

What family businesses can learn from the Empire State Building IPO

When real estate mogul Leona Helmsley died, she left millions to her dog, and her will stipulated that her real estate holdings, including a substantial stake in the 82-year-old iconic Empire State Building, be sold to support a charitable trust.  That’s one reason why property owners, the Helmsley Trust and Malkin Holdings, intend to convert the New York high-rise into a real estate investment trust.  The Malkin family, which is widely credited as having been a good custodian of the property, also stands to gain some $700 million. But the proposed initial public offering (IPO) has led of number of dissident minority shareholders to speak out against it.

At heart, the Empire State Building IPO is a story about the challenges created by minority ownership when families take their assets public.  The property has been in the Malkin family for more than five decades, but resistance to their plans is coming from investors who own a share or only half a share in the Empire State Building.  There’s an important lesson here for owners of family businesses.  The Malkins have a controlling interest in the property, but even a small number of minority shareholders can influence big decisions because state and/or federal law protect these dissident shareholders.  When owners constitute the dominant majority, they tend to forget that minority shareholders create complexity, which, in turn, can cause problems.

In family businesses, there are two main ways stock gets diluted: it gets passed on to employees or it’s passed down through the generations.  We often see the first situation occur in families when owners give out shares to non-family executives as part of a compensation package.  Owners want non-family business leaders to behave like owners, and so they give them shares.  Trying to align incentives is right, and families certainly want to reward executives when the business does well.  But the family needs to exercise extreme caution when giving shares outside the business-owning family.  At the very least, provisions must be made for how those shares will be brought back to the family when the employee leaves the business.

In general, it’s better for families to create compensation systems that mimic the risks and rewards of ownership, rather than to distribute shares outright.  For example, owners can grant shares of phantom stock to non-family executives. Phantom shares align incentives without distribution of any legal ownership.  Since the value of the phantom shares is based on the actual performance of the company, non-family executives are rewarded in the same way as the owners.  But, since no legal ownership changes hands, the family retains control and thus the ability to act decisively.

Another challenging situation we often see in family businesses is when one family branch has a controlling interest, but the rest of the shares are distributed across other branches.  We are working with a family now that has  five siblings in the second generation.  One of them had been given a majority of the shares by the founder, and the others owned minority stakes.  The minority shareholders respected and appreciated the leadership of the majority shareholder, and the business thrived under their united ownership.  The challenge is that families grow geometrically rather than arithmetically.  In the third generation, there are 30 cousins, 25 of whom are potentially going to inherit slivers of the shareholdings.

This situation could create problems in the future.  The majority owner would need to engage an ever-increasing number of owners, many who would have little connection to the business.  Most of them might continue to be passive, but even a few concerned shareholders could distract the business from its focus on growth or limit its ability to make major decisions (like going public).

There are a variety of options open to business families dealing with similar situations.  An important step is to set clear rules about how shares can be transferred among family owners.  These rules should specify how often share sales are permitted and establish a valuation methodology that strikes a balance between protecting the business and providing fair value.  We encourage majority owners to obtain a right of first refusal that enables them to limit the proliferation of shareholders.  When set up correctly, such rules can enable the majority owner to consolidate control over time, while also providing an orderly exit for those minority shareholders who wish to sell. Another approach we’ve seen that works well is to have each branch establish its own holding company that keeps its shares of the business.  This way, each branch can pass on its shares as it wishes, but—as with phantom stock—the total number of shareholders of the business is kept to a minimum.  Regardless of the method used, owners should think about the governance structures and processes that are required to keep the broader business family engaged and unified.

As we see with the Malkin family and the Empire State Building, not keeping shares consolidated in the hands of a few can lead to trouble because a minority can wield real power ultimately.  Dominant owners tend to focus on control; families typically think that so long as they have majority control, they’re in charge.  But they’re not looking at all the implications of having dispersed shares with different interests.

The proposed IPO for the Empire State Building has been approved by the 80 percent of shareholders, a legal requirement, and now seems certain to go ahead.  Nevertheless, the case is now with the appellate court and, as one dissident shareholder put it, “the deciding vote will be by judges.” The court is unlikely to reverse the earlier ruling, but this is just one more way that minority shareholders holding different interests can challenge even the best-laid plans.