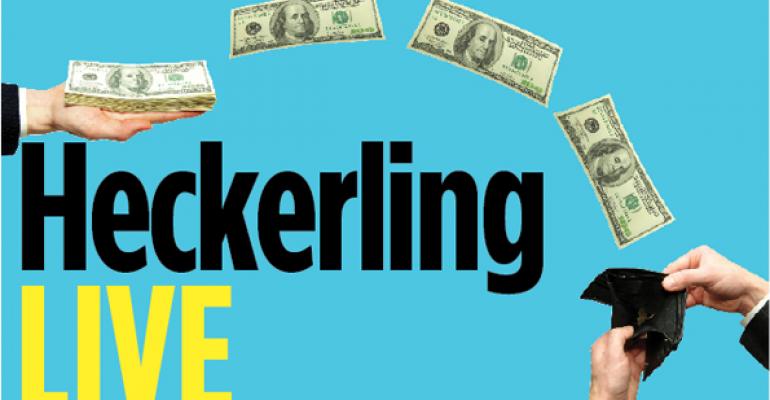 A Mad Rush
-There was a tsunami after the election because clients were afraid they’d lose the $5 million exemption. Most clients had done nothing. A few smart ones had some contingency plans, but they were in the minority. Clients rushed in, preoccupied with the issue of what assets they were going to give away.
- Clients weren’t really thinking about talking to the next generation. And, the whole basis of family governance is that over time, it’s a collaborative effort. But, there wasn’t time at the end of the year, so gifts were made into trusts that may not have been suitable for the family or could have been done better.
-Despite high marks for legal and tax advice given to clients, there wasn’t time to talk about the “softer side” of issues, which is a longer process.

Filling in the Gaps
-Now we’re encouraging clients to take out and review their documents. It’s not too late for clients to talk to their children. But before that, they should speak to their wealth managers and discuss certain issues such as, “Who have they chosen as their trustee?”
-A common predicament is that, sometimes, the eldest child who’s money-savvy is chosen as trustee and the younger or less money-savvy child is left out. But, that’s almost always never a good idea. Most of the time, good trusts have a provision to change the trustee. For example, the less money-savvy child can be a co-trustee with a bank.
-Bottom line: Although it’s not easy to change a trustee, depending on the terms of the trust, there are still ways to accomplish this. It’s rare that this issue can’t be fixed.
-Another example: A situation in which a family wraps up assets in a family limited partnership. The parents gift minority interests (49 percent) to their children. But, what parents may forget is that they need their own distributions to live on. If the children aren’t ready to use the distributions, but the parents are, the parents can’t instruct the general partner to withhold distributions solely for the children.

The Clean Up
-Now that the end-of-the year is over, planners are reminding clients to look at what’s really going to happen with the plans they set up.
-On the tech side, make sure gift tax returns are filed with income taxes (April).
-Some clients still need valuations for their assets, such as real estate, which was transferred into an irrevocable trust.
-Look at the transfers that clients made to their grandchildren, to take advantage of 2012’s generation-skipping transfer tax. Clients thought it was a good idea to put money towards their grandchildren, but they forgot about leaving assets to their children. Even with decanting, most states won’t allow a change of beneficiary. But, there are ways to remedy this.
-Make a flow chart to show a client where his transfers are going. Work with children, grandchildren and other family members. Explain to clients and their families what strategies were implemented at the end of the year. Lack of education is the worst thing. Whether you’re giving a family member anything or nothing, it’s still important to discuss transfers so there’s no shock. Remember to start a dialogue with children in their 20s.
-The most important goal many parents have is for their children to like each other, love each other and work together (whether with investments or in business). It’s the last goal that’s the most difficult.