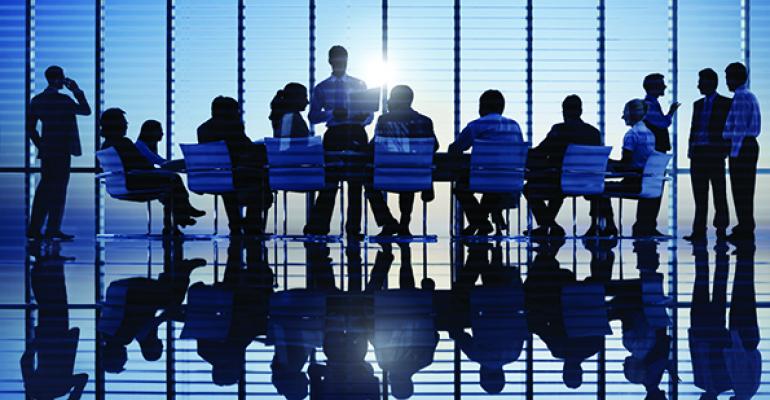 Recent survey shows positive mindset and higher expectations than ever

The next generation of family business owners has a lot on their plate according to a recent study by PwC.1 Luckily, they are more prepared, confident and ambitious than their predecessors — and they’re coming on board with the motto “go big or go home.” Many of them are looking to grow their companies internationally, diversify into new business segments and modernize the business model.

Since their last survey two years ago, the number of next-generation respondents who had always planned to go into the family business hasn’t changed — just under half. What has changed is that they are more aware of the challenges of succession and are better equipped to tackle their roles. For example, 70 percent of those surveyed have worked outside the family firm before joining, many citing a desire to achieve an objective view of the challenges their own family firm is facing from an outsider perspective. Another trend is that the next generation is getting involved early on; 80 percent of respondents said they attend board meetings before having a formal seat on the board to gain an understanding of the company’s issues and how boards work, as well as to see governance in action.

Despite their positive outlook, many respondents acknowledge that they still struggle with convincing their parents, the current generation, of the importance of innovation, particularly the role digital technology plays in the business. Jonathan Flack, PwC’s U.S. Family Business Co-Leader, says, “Most next-gens have been saturated in new technology all their lives, so it’s no surprise they expect it to play a significant role in shaping their family business.” What seems like common sense to the younger generation, however, isn’t necessarily as intuitive to the current generation of leaders. Twenty-nine percent of respondents feel that family firms are slower than other types of business to keep up with new technology, and 40 percent admitted to experiencing some level of frustration in trying to get such new ideas across to the current generation.

Notwithstanding the current generation’s continued reluctance to acquiesce to such developments, this year’s survey identifies a shift of attitude amongst even the most conservative of next-generation family business leaders. With more and more leaders becoming aware that no sector of the industry is completely immune from digital disruption in this day and age, investing in digital technology is no longer a question of if but rather a question of what and how much. And, as one respondent puts it, technology can still play a major role in improving internal factors, such as efficiency and logistics, even if you’re in an industry that may not benefit from creating a digital platform.

The difficulty of getting out of the comfort zone when things are going well is another factor preventing innovation. Though 59 percent of respondents would like to diversify their product portfolio, 68 percent believe that their firms are unlikely to make the change, even in 5-10 years time, and only 31 percent believe that family businesses take more risk than other types of businesses. This risk aversion seems especially troublesome because many respondents believe that family firms often have an advantage of being able to attain approvals of new ideas and proposals more quickly than the competition.

Stakeholder perceptions are becoming increasingly more important to businesses, and this is having a major impact on corporate decision-making. Ninety-four percent of respondents agreed that customers and clients have the largest influence on corporate strategy, followed by industry competitors and peers (72 percent) and government and regulators (69 percent). Because of family values and such public expectations, the next generation is more focused than their parents on social responsibility, transparency and ethical behavior.

Differing visions of the future between the current and next generations is the source of another concern: the succession process and the issue of professionalization of the business. Because of the well-known fact that family businesses generally fail for family reasons and not business ones, it should come as no surprise that 52 percent of next-generation respondents are worried that they’ll need to spend time managing family politics. One common problem is the founder isn’t ready to let go, creating tension with the next generation of leaders trying to implement their ideas. Issues can also arise between family members who work in the firm and those who don’t. Sixty-nine percent of respondents expressed that bringing in non-family managers to help modernize and professionalize the firm is one of the key things they would like to implement. The next generation largely identifies talent as an important agenda item, recognizing that who is best for the job might well be an outside leader. Family stakeholders who don’t actually work in the business might not like this approach.

The next generation is more determined than ever, but some old challenges remain and new ones have surfaced. A staggering 88 percent of respondents agree that they have to work harder to prove themselves to the company and to gain credibility as leaders, rather than just be viewed as the “boss’s child.” The gender divide also remains unresolved, with 45 percent of women surveyed agreeing that the next generation of men is more likely to run the business. The contributors to the PwC report suggest that developing technical and business know-how, good communication and the ability to reinvent the firm without losing its core values and passion are key for a smooth succession plan.