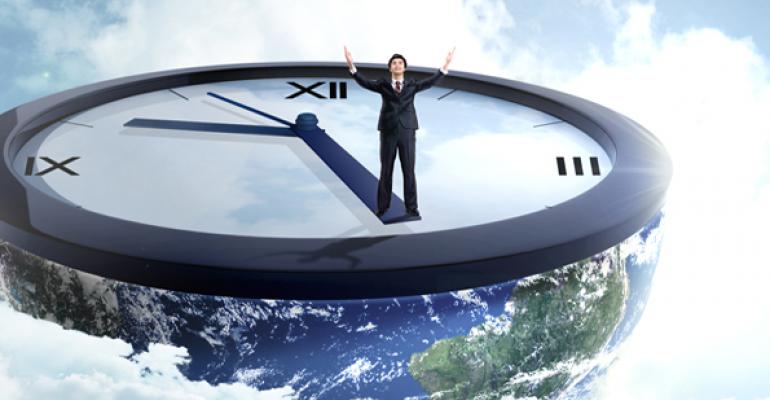 The Myths and Realities of Succession Planning For Small Businesses

When successful business owners reach a certain age, it becomes imperative that they address the issue of succession planning.  Many of them may have been dodging this particular conversation for years, yet they often come to their advisors with seemingly ironclad convictions about how they’d like the succession to play out.

That doesn’t mean that they actually know what they want.

Often, a business owner meets with a financial advisor who has only cursory knowledge of the tools related to transfer of ownership or assets and effective strategies to minimize or avoid future or current tax liabilities related to ownership changes.

They also come to the advisor fully devoted to a set of myths, beliefs and emotions that are almost always counterproductive in the early stages of the process.

The first step by any qualified advisor should not be a discussion of strategies or tools.  It should be a frank discussion of what the client really wants.

That discussion requires breaking down some myths that are almost universal amongst small business owners and confronting not only the realities of succession planning, but also the emotions and family dynamics that are powerful forces in many small businesses.

Myth One:  There’s Plenty of Time

Reluctance to accept the realities of time can have disastrous consequences, especially since timing issues are often beyond an owner’s control.   Just as the aging CEOs of major corporations are pressed by shareholders who demand a succession plan to protect their investments, so too a small business owner should implement a succession plan to protect the interests of all stakeholders.

The lesson? Start early. Select your successor(s), and work with a financial professional to develop a succession plan before it’s an issue.

Really? To whom? When? For how much? Finding a willing buyer for any business is rarely just a matter of hanging up a “for sale” sign.  Buyers are not necessarily prepared to wait until the time is right in a business’s life cycle before making an offer.

The same issues of timing influence the way businesses will be valued. Most business owners have an idea of the worth of their business based on revenues, fixed assets, profitability and a variety of balance sheet items.

What the business owners want is fair value paid by the buyer, as if that was a constant or objective number.

The United States Board of Tax Appeals defines fair market value as, “The price at which property would change hands between a willing buyer and a willing seller, neither being under any compulsion to buy or sell, and both having reasonable knowledge of the relevant facts.”

Myth Three:  A Successor Will Be Ready When I’m Ready

It’s surprising how many business owners come to an advisor wanting a succession plan without a successor clearly established.

“Established” means more than simply identifying a successor.  It’s also preparing that successor, which may require a long apprenticeship. The apprenticeship will certainly involve learning all the operational tasks required in the business, but it may require much more from both the successor and the business owner.

Growth is the lifeblood of any business. In most businesses, growth comes not only as a result of outstanding performance, but also the careful management and expansion of business relationships. A successful succession plan builds into the apprenticeship not only the mastery of business tasks but, equally as important, the building of business relationships. The outstanding taskmaster does not always turn out to be the best rainmaker, and that’s an important thing to learn when identifying a successor.

The business owner may also have handpicked a successor that has very different ideas as to how the business should eventually be run. Now the owner has to listen to new ideas about a successful business he or she has built. It’s not easy. That’s why an advisor should stress a long apprenticeship as part of the succession plan.

Hardly. It isn’t at all unusual for a business owner to say to an advisor that he intends to divide a business equally between all eventual heirs. Is that a fair approach?

Take the successor example above and add two siblings. The successor son or daughter has worked hard in the apprenticeship, while the siblings have pursued other interests. Are all three entitled to equal shares of ownership, income and control? The successor certainly won’t think so.

If the business owner transfers a larger share of ownership to the primary successor, the siblings may not think that’s fair. Knowing that someone is going to be disappointed makes it critically important for an advisor to establish what the owner really wants.

It’s also just as important for the owner to realize that, whatever the plan, there may be difficult and uncomfortable issues related to potential divorces and other matters that must be accounted for, if not predicted, in a succession plan.

While many things can be guaranteed in a successful succession plan, happiness amongst all family members isn’t one of them.

An owner may still run a business and be paid for that role without the loss of title or any of the other satisfactions of operating an independent business.

However, the earlier a business owner begins transferring ownership to a successor, the likelier it is for a succession plan to be a success, both emotionally and financially.

Business owners who think that creating a succession plan isn’t worth the trouble are likely people who have never considered the potential long-term tax advantages of passing on a portion of ownership in the early stages of a long apprenticeship.

Planning strategies that make effective use of the current federal gift and estate tax exclusions and exemptions by transferring ownership in the business to successors over a long period of time, while maintaining control and preserving the income of the business owner, can result in ultimate tax savings of millions of dollars in federal and state taxes.   Good planning is good business!  Although no one can know for certain what the future will look like for small businesses, creating and implementing an effective business succession plan will result in financial benefits, tax advantages and emotional satisfaction, regardless of what the future brings.