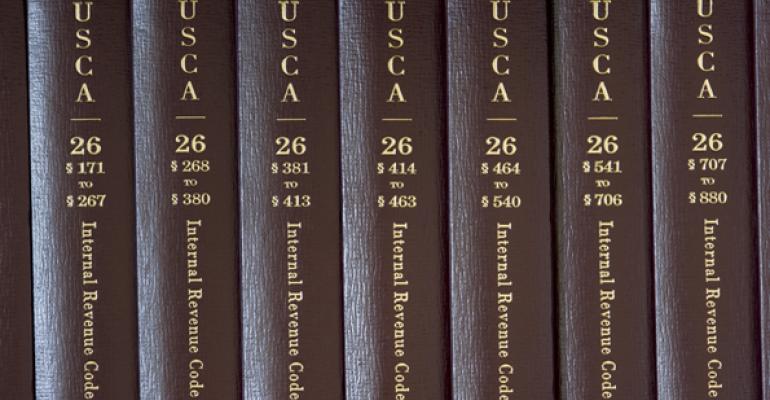 The 2016 FEUSA Family Business Survey results are in, and there are some discussion-worthy revelations. For starters, it’s a well-known fact that conflict in a family business is viewed as one of the biggest threats to the success of a company. After all, the “shirtsleeves to shirtsleeves in three generations” adage has been around for quite some time. It might come as a surprise then that an overwhelming majority of survey participants (half of whom are still in the first or second-generation stages of their businesses) view external factors, such as tax policy and government regulation, as their biggest concern. Of the 155 family-owned businesses that responded to the question, only 23 percent felt that internal family disagreements and strategic decisions were a bigger threat to the future of their business.

The estate tax, which just celebrated its 100th birthday and continues to be a hot-button issue in politics, is highlighted as a major driver of such concern. The participants were adamant about letting legislators know the real impact of estate taxes on their businesses and their communities. They feel estate taxes cause “great uncertainty” and make investment planning for the business harder, are “unfair” and “hamper growth and eliminate jobs.” Costs incurred and time spent planning for estate taxes were also cited as hindrances to business. Most agreed they would like to see a simplification of the tax code and reduction or elimination of the estate tax. The future of the estate tax, however, remains unclear—particularly with the circus of an election year so far.

Participants also emphasized concern regarding government regulation of their businesses and taxes. Patricia M. Soldano, founder of the Policy and Taxation Group in Washington D.C., said that most family business owners she speaks with “think that government regulations are already oppressive and only getting worse and that such regulation will affect their ability to grow the business and hire more employees.”

In spite of such concerns and 69 percent agreeing that it’s become increasingly harder to operate their family business over the past five years, all confidence hasn’t been lost. Seventy-eight percent reported business revenue growth in 2015 and an optimistic outlook about their business’ ability to increase revenue each year. Sixty-six percent are still planning to hire new employees and 89 percent reported that they’re giving back to their communities by contributing money to one or more charitable organizations. Such positive activity indicates that family business owners’ fears haven’t completely overshadowed the typical positive attitude and ethic of family businesses.

Another revelation worth mentioning is that 62 percent of the family business respondents have liquid wealth outside of the business, and 44 percent already have a family office. According to Soldano, this means that wealth managers may have a greater opportunity to help family-owned businesses manage their liquid assets than perceived. A win-win situation all around, if you ask me.