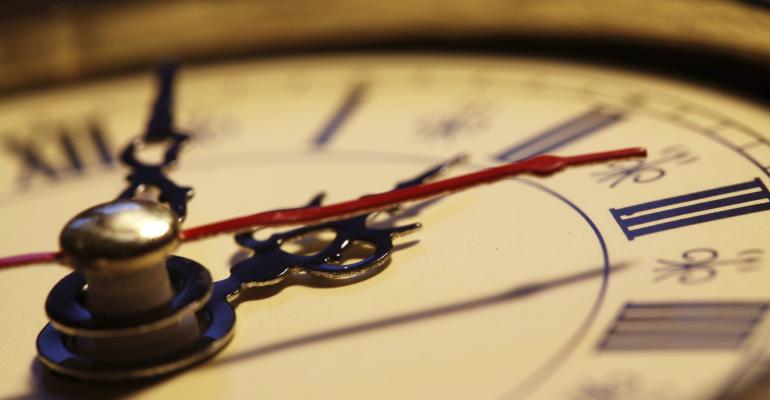 Without a succession plan, advisors are placing themselves, their families and their clients at serious financial risk.

Succession planning should be a vital component of any financial advisory business plan, although too many advisors put it off or simply avoid it entirely. According to Charles Schwab & Co.’s 2014 RIA Benchmarking Study, only 49 percent of advisors have formalized succession plans in place. This is ironic given one of the top concerns among clients is, “What happens if my advisor passes away, or is no longer there?” Many advisors put off succession planning because they developed their practices into lifestyle-conducive businesses and do not plan to retire; however, without a succession plan, advisors are placing themselves, their families and their clients at serious financial risk.

An important step in creating a succession plan is to identify the true value of the business—which advisors can only realize if they own their own firms. Advisors who are employees of wirehouses have no ownership of their client relationships, no matter how much blood, sweat and tears they pour into them over the years. Independent RIAs own their relationships and their practices, which gives much more control over the directions and futures of their practices than their wirehouse counterparts.

Craig Stuvland, CEO and President of tru Independence, has lived this. Craig’s father successfully transitioned his advisory practice, which he built for over 30 years at a wirehouse, to Craig’s brother. However, his brother passed away unexpectedly. After a lifetime of hard work, the surviving widow was only paid out 50 percent of trailing net commissions for one year and clients were distributed to the remaining four brokers—not a great outcome for a lifetime of building a thriving practice.

Being an employee instead of an owner reduces an advisor’s future cash flows—the primary indicator used by potential successors or acquirers to assess RIA practice value. Wirehouse advisors typically keep only 35-40 percent of their practice’s revenues, while the remaining 60-65 percent is absorbed by their employers. If advisors break away from wirehouses and go independent, those figures flip—the advisors take home 60-65 percent of their revenues, and use the rest to pay vendors that make it possible to serve their clients. This increased compensation is essentially profits. You can choose to pay yourself these profits, reinvest them in your business or use them to bolster free cash flow which ultimately drives the value of your firm.

One of the common succession challenges involves small RIA practices that rely on the expertise or relationships of one person. These businesses often experience difficulty finding someone else with both the specialized skills and entrepreneurial drive to take over.

Some RIAs want their practices to remain small because such businesses can afford a more enjoyable lifestyle, particularly for older or semi-retired advisors who work from home and do not want to give up the practice they have spent years building. While this is understandable, these types of businesses put clients at risk because all advisors need to stop servicing clients eventually and if an unexpected event occurs (such as death or disability to the advisor), there is no one familiar with the clients and their financial/investment plans. In addition, if a practice’s cash flow and client assets drop after the death of its primary or sole advisor, the business cannot be sold for its true value.

Small, single-advisor practices should have succession plans in place to protect the advisor, his/her family and clients at least five years before a planned departure, but if they have no new clients or do not generate enough cash flow, potential successors are unlikely to see the value. Simply bringing on junior partners or other personnel who share the primary RIA’s vision and commitment is not enough. These staff members may not have the money to purchase equity in the business. The ideal solution to this conundrum is for small practices to merge or partner with similar RIAs that can provide the size, entrepreneurial spirit and capital required to keep them going.

Advisors can identify potential partners without giving up autonomy by turning to wealth management platforms that provide tools and services that empower independent RIAs to flourish now and in the future. These platforms can guide independent RIAs through the succession planning process, and offer back-office support and other assistance enabling RIAs to spend more time on core client service.

Advisors can also introduce RIAs to other practices in their networks which could serve as strategic partners or acquirers. Instead of hiring a consultant or investment banker to find partners or acquirers, using an all-around RIA services platform provider to both create succession plans and identify ways to achieve the growth required to enact those succession plans is a much more cost-effective and convenient option.

The independent RIA space remains the fastest-growing channel in the financial services industry. The amount of RIAs grew by eight percent annually between 2004 and 2012, according to Cerulli Associates. In addition, Schwab’s 2014 RIA Benchmarking Study reveals that 36 percent of all RIAs have doubled their assets under management and revenues since 2009.

This impressive ongoing growth brings with it an increase in competition for clients among RIAs. One way to attract and keep clients is by reassuring them that their assets will not be adversely affected if their advisor retires or passes away.

An institutionalized, independent RIA business with a mix of younger and older advisors, and a formalized succession plan, will provide the least amount of disruption for clients in case of retirement or an unexpected event. No matter what independent advisors wish to see become of their businesses, the increasingly competitive RIA space adds a new sense of urgency to enshrining those goals in succession plans, and taking steps toward realizing those objectives.