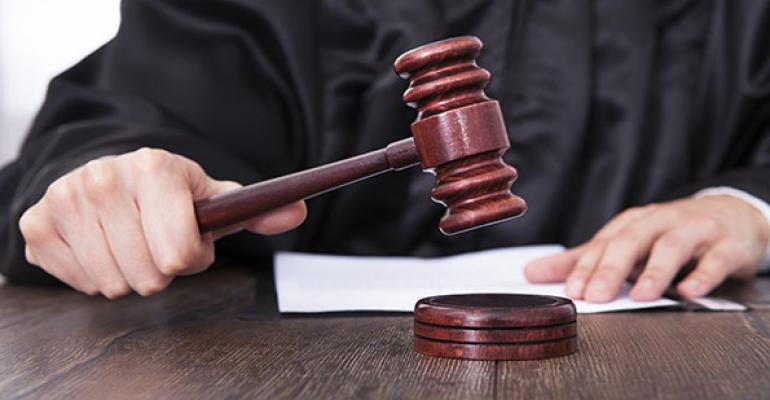 Is the fiduciary rule truly dead?

"The reports of my death are greatly exaggerated." - Mark Twain. Ahead of her seminal speaking slot at Wealth/Stack later this year in Arizona, Barbara Roper, Director of Investor Protection at Consumer Federation of America, asks if the fiduciary rule is really dead at all?

When the Securities and Exchange Commission voted 3-1 last June to adopt a new standard of conduct for broker-dealers, dubbed Regulation Best Interest (or Reg BI), the brokerage industry heaved a huge sigh of relief.

It appeared that the decades-long effort to hold brokers to a strong fiduciary standard when providing personalized investment advice to retail customers was well and truly dead.

Despite protestations by Commission officials that the new standard is “based on fiduciary principles,” Reg BI clearly lacks the essential components of a true fiduciary standard.

Despite its fancy “best interest” label, Reg BI doesn’t actually require brokers to recommend the investments they reasonably believe are best for their customers. Indeed, it is not clear whether the rule’s new care obligation will change, in any meaningful way, how brokers evaluate which investments to recommend.

Under the rule’s new conflict obligation, conflicts of interest will have to be “mitigated,” and certain types of sales contests and quotas will be banned. But the Commission is vague on what sort of mitigation will be required.

It makes crystal clear, however, that firms will remain free to artificially create incentives that encourage recommendations that are not in the customer’s best interests, so long as they somehow “mitigate” the resulting conflicts.

While brokers will remain free to market themselves as wealth managers, financial consultants, retirement planners and the like – implying that they provide holistic financial advisory services – the standard will apply only to their securities sales recommendations.

To the degree that the broker offers related advisory services that go beyond mere product sales, those services will be exempt from regulation under either Reg BI or the Investment Advisers Act

And even brokers who advertise their services as long-term relationships of trust will have no obligation under Reg BI to provide even the most basic of periodic account monitoring to ensure that the customer’s investments remain on track unless the customer separately contracts for such services.

This provision actually weakens protections applied by courts and arbitration panels in such circumstances under the existing rules.

"Despite protestations by Commission officials that the new standard is “based on fiduciary principles,” Reg BI clearly lacks the essential components of a true fiduciary standard."

As with Reg BI, the Commission imposes no obligation on advisers to recommend the investments or investment strategies they reasonably believe represent the best available options for the investor.

While investment advisers have an ongoing duty to their clients, the Commission provides plenty of wiggle room for advisers to contract out of providing such services. And the Commission makes clear that virtually any conflict of interest can be addressed through disclosure alone.

A fierce debate has struck up over whether this represents a weakening of the Commission’s long-standing interpretation of the Advisers Act or simply a “clarification” of a standard that has always been weak.

What is incontrovertibly true, however, is that this disclosure-based approach isn’t remotely strong enough to protect investors, particularly when it comes to the potentially harmful conflicts of interest too often associated with advisory accounts at dual registrant firms.

Where will we end up?

The end result? Whether they are dealing with a broker or an investment adviser, investors are being misled into expecting protections the SEC is unwilling to provide.

Yet, despite that grim picture, I still see cause for hope.

Many independent advisers eagerly embrace a fiduciary standard much higher than the SEC is willing to enforce. They take pride in limiting conflicts and always seeking to do what is best for the investor.

Our challenge will be to figure out how to steer investors toward these true fiduciaries now that our traditional advice – seek out an RIA – can’t be relied on.

Some states are stepping in to adopt the strong, uniform fiduciary standard the SEC refused to adopt. So far, it is just a handful, but if these early movers in Nevada, New Jersey, and Massachusetts survive the inevitable industry legal challenge, we could see more states follow suit.

The statements of concern and opposition from many congressional Democrats – and House passage of an amendment to prevent the SEC from spending money to implement the rule in 2020 – sends a strong message that Reg BI will be reopened and extensively revised in a new Democratic administration.

The SEC already has all the authority it needs to adopt a strong, pro-investor standard for brokers and advisers. It just needs the will to use it.

"The end result? Whether they are dealing with a broker or an investment adviser, investors are being misled into expecting protections the SEC is unwilling to provide."

Ironically, politics being what it is, we may be more likely to get a good, strong fiduciary rule out of a Democrat-led SEC now that there’s a bad Trump Administration rule to overturn than we would have gotten starting from scratch in a Democratic administration.

Obviously, none of this comes with any guarantees. The SEC just handed the brokerage industry its dream standard – one that lets them market themselves as acting in customers’ best interest without actually requiring them to do so. Having spent millions on lobbying and in court to achieve that goal, they won’t give it up easily.

But those of us who believe that investors deserve advice they can trust, untainted by harmful and avoidable conflicts of interest, also aren’t inclined to go down without a fight. We are not prepared to declare the fiduciary rule dead just yet.