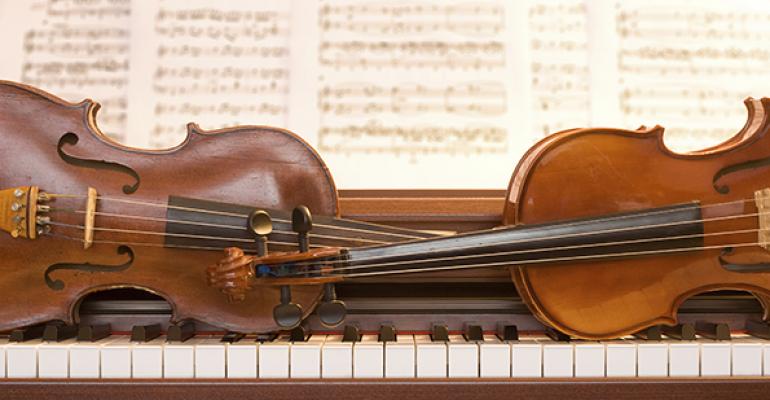 New regulations may affect the valuation of many estates

The antique trade is in an uproar about what’s being called “the ivory mess,” and new regulations by the Fish and Wildlife Service (FWS)1 may affect the valuation of many estates.  At issue are small amounts of ivory in pianos, antique furniture, violin bows, jewelry, knives, clocks, canes, sculpture, silver teapots, pens, guns and even billiard cues.  New rules and enforcement guidelines may render these items not only illegal to export or import, but also unsalable within the United States.

Heirs will be surprised to discover that auctioneers may now be unwilling to accept these antiques for sale, and because of lack of marketability, appraisers are likely to value them at zero.  The dilemma for tax preparers is that, as demonstrated by the recent Sonnabend2 case, the Internal Revenue Service may challenge a zero valuation even when an object can’t legally be sold.

A key document in understanding the still evolving regulations is “Questions and Answers about Director’s Order 210,” which is posted on the website of the FWS.3 It begins with the statement: “We are currently undertaking a series of administrative actions to implement a nearly complete ban on commercial elephant ivory trade.”

The current status of the law and the intent of the new regulations is clarified, as follows: “Under a special rule that has not yet been revoked, items made from African elephant ivory can still be sold across State lines and exported whether they qualify for the ESA [Endangered Species Act] antiques exception or not. We are working on the regulatory action needed to change this regulation.”

Readers of Trusts & Estates are already aware of the difficulty of appraising antique items protected by the ESA.4 New developments on this issue include the FWS’ Director’s Order No. 210  (February 2014), its subsequent amendment in May 2014, and in June 2014 recommendations by the Advisory Council and New York State’s Bill S7890-2013. During the summer of 2014, it’s expected that there will be a revision to the African elephant special rule 50 CFR 17.40 (e).

Exceptions to the ESA?

In the past, antiques have qualified for an “antiques exception” (except in California) if an owner claimed that the objects were over 100 years old.  The proposed new rules will require much more extensive documentation.

According to Elyse Dreyer, North American compliance counsel for Sotheby’s, “Whether by intent or not, the new rules have ensnared a broad swath of property and individuals and have taken many in the antiques trade by surprise.”5

Enforcement of the Antique Exception

FWS inspectors have been instructed to enforce regulations strictly.  California has had additional restrictions6 on ivory since 1970, but in recent months, according to antiques trade columnist, Wayne Jordan, the ban has been vigorously enforced for the first time.7

News of this enforcement in the press has focused on the import and export of ivory. For example, The New York Times reported that violinists from the Budapest Festival Orchestra were unable to bring some of their violin bows into the United States for performances at Lincoln Center.8 However, the bigger story for trust and estate advisors is likely to be the restrictions on the sale of antiques containing ivory.

Restrictions on Sale: "Use After Import"

According to CFR 50 Section 23.55 of the regulations implementing the Convention on International Trade in Endangered Species of Wild Fauna and Flora (CITES), a “CITES specimen” may not be bought or sold, that is, can only be for “non-commercial use” unless it qualifies for an exemption.  To qualify for an exemption an owner must :

“… clearly demonstrate (using written records or other documentary evidence) that your specimen was imported prior to the CITES listing, with no restrictions on its use after import. If you are unable to clearly demonstrate that this exception applies, the specimen may be used only for noncommercial purposes.”9

The burden of proof is on the owner to show that the object containing ivory meets all of the criteria.

According to Maine Antique Digest, a widely read art and antiques trade publication, “The ban, meant to cripple the illegal trade in ivory, has instead put a serious crimp in the antiques trade. The values of inventories and lifelong collections have suddenly been thrown out of whack.”10

Complying with the Regulations

While antiques may qualify as an exception to the ESA, complying with the rules for documentation has become more complicated.

Specifically, according to “Questions and Answers about Director’s Order No. 210”11 as amended on May 15, 2014, “To qualify as antique, the importer, exporter or seller must show that the item meets all of these criteria:

It’s unclear how sellers will be able to document, for example, the port of origin of components of 1920s sculptural works by Demetre Chiparus, Steinway piano keys or small ivory insulators in nineteenth century silver teapots.

A New York State bill attempts to address the issue of small components of an antique by making an exception for antique ivory articles that “are less than twenty percent by volume” or “part of a musical instrument.”12 However, there is a caveat that the owner or seller must provide documentation “such as the Department may require” about the source and date of manufacture.

Some examples of how to prove that an object meets the standards for an exception include:

“… testing using scientifically approved aging methods by a laboratory or facility accredited to conduct such tests, a qualified appraisal, or another method that documents the age by establishing the origin of the article. The provenance may be determined through a detailed history of the article, including but not limited to family photos, ethnographic fieldwork, or other information that authenticates the article and assigns the work to a known period of time or, where possible, to a known artist.”14

Many heirs will be dismayed to discover that these procedures are time-consuming and expensive.

If an appraisal is submitted as documentary evidence of an article’s eligibility under the ESA antique exception, it will be subject to strict review based on:

Very few appraisers are qualified to make a judgment about whether the ivory inlay is Asian or African, and providing proof of authenticity is generally beyond the scope of an appraisal.

Despite the fact that ivory sales are still legal pending the release of the new regulations, a number of high value antiques containing ivory have failed to sell at recent auctions.

Comparing the sale of two Steinway grand pianos this year, one sold in January for $18,000 plus buyer’s premium; and another very similar piano offered for sale in March after the new regulations were issued, failed to sell at all.16 Another example is a nineteenth century ebony side cabinet with engraved ivory inlay made in Northern Italy. Estimated to sell for $60,000 to $100,000 at Sotheby’s in New York on June 6, 2014, the cabinet went unsold.

In another case, painstaking documentation to prove that the ivory wasn’t from an elephant no doubt helped sell a small Fabergé desk clock.  The Christie’s catalogue for the clock that sold for $100,000 on April 9, 2014 carefully notes that the back is made of “mammoth ivory” and that the clock was “acquired by the grandmother of the present owner in London in the 1920s.”

While major objects containing ivory have gone unsold at the big auction houses, meanwhile, regional auction houses describe a surge in ivory items offered for sale.  It’s like a game of “hot potato” said one auctioneer, as many sellers don’t want to be the ones owning unsalable antiques after the final regulations are published.

Options for Disposition of Ivory Antiques

Heirs faced with the question of what to do with antiques made in part of ivory may wish to consider the following three options:

1. Keep it in the family as a sentimental heirloom at zero value.

2. Replace the ivory.  Harriete Estel Berman, a California silversmith17 will replace ivory insulators in an antique silver teapot or coffeepot with a synthetic polymer called, Delrin.  She reports that the cost is about $850 and up because each one has to be hand carved to fit that particular handle.

3. Donate to a museum without deduction for charitable contribution.

For many heirs, this process may also involve hiring an attorney specializing in the field of ESA compliance.

While it’s too soon to analyze the ramifications of the regulations that haven’t yet been issued in final form, it would be prudent to advise families to begin preparing to identify and document the provenance of any objects they think may contain ivory.  Family photos, letters or receipts indicating when and where the antiques were acquired may be essential evidence.  Otherwise, according to James McConnaughy, president of the National Antique and Art Dealers Association, “That beautiful 1947 Steinway might be worthless now unless you replace the keys.”18

1. The exact timeline is uncertain, but an official has indicated, “By the summer of 2014, the Fish and Wildlife Service will publish a proposed rule of some possible changes to the ivory regulations. These changes will be open to public comment prior to a potential final rule.”

Patricia Atwood has been designated an Accredited Senior Appraiser by the American Society of Appraisers and is the founder of Timely Antique Appraisals.