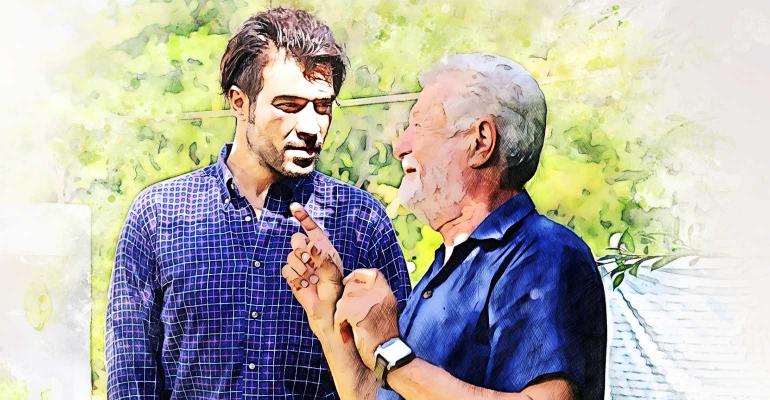 "Whose Money is This?" Part 2: Build Relationships Based on Trust

Families don’t just pass on wealth; they pass on communication strategies they learned from the generations before them.

Family wealth transfers can be perilous.

According to the Family Business Institute, 30% of family business transitions succeed, which means 70% of those businesses—and the accompanying wealth transfers—fail.

Although most family business owners understand the importance of creating an estate plan—the first half of the equation—fewer recognize the importance of telling their kids about those important documents—the second half.

Many parents skip this important step because they simply don’t know how to start the conversation. Though their intention is for the next generation to be prepared, they put little action behind it.

By following a few recommendations, unveiling the family estate plan can be a rich conversation filled with great pride, anticipation of exciting new possibilities and tremendous gratitude. It allows the next generation an opportunity to have a say in how the wealth will impact their lives and how they would like to contribute to the wealth. It also enables them to gain clarity about the purpose of the wealth.

To investigate why 70% of family businesses stumble, we surveyed 3,250 families. We discovered that transitions to the next generation occur more smoothly when the following three conditions are present within a family:

In the first article of this series, we unpacked properly preparing heirs. In this piece, we'll tackle the thorny space of maintaining trust and affability in familial relationships.

Build Relationships Based on Trust

We live in unprecedented times—the greatest wealth transfer in history is happening. Baby boomers are passing on $68 trillion to the next generation, according to a Cerulli study. That wealth is largely undirected, being transferred to unprepared heirs by parents who are not talking about it. By failing to have the “money talk,” they are opening Pandora’s box of distrust.

Clients of ours who owned a highly successful business were preparing for the wedding of their oldest son, age 35. The son had ownership in various family projects in his name, including a trust, and he was told he had a number of investments accounts. Yet he still had to ask his dad for money to pay for his honeymoon. He asked the family coach, “Will I need to go to my dad to pay for my kids’ education? When can I start earning my own money so I can do with it what I want?”

Like many heirs, the son was a college graduate, worked full time, lived in a modest home and was saving for the future. These heirs are demonstrating a healthy work ethic and responsible stewardship; some even sit on the family foundation, giving money away to charitable organizations. Yet many have to wait until their mom and dad pass before they have control over their assets. Even then, it can be dicey for them to gain access, depending on the stipulations that rule from the grave.

In another instance, three siblings in their mid- to late 30s, each with their own family, reported to their coach they experienced a monthly “walk of shame.” Their dad set them up in multimillion-dollar homes, covered their country club memberships and insisted they could pursue their passions instead of having to worry about making enough money to cover their expenses.

However, each month, they had to ask their dad for the funds to pay their bills. While well intended, the heirs viewed the experience as a “walk of shame” because they did not have full control over their assets.

In another situation, a family council ran into a snag that halted decision-making and raised alarm bells of distrust with their father.

Believing they had autonomous decision-making regarding their assets, they were setting policy on the use and purpose of family resources. But then one day, their dad overrode their decisions and redirected funds to be used for a purpose they had already decided not to fund. The impact left the family council believing everything they had been told was lip service and they had no real authority over their assets.

This left them confused, angry and asking the inevitable question, “Whose money is this?” Some even left the family council and vowed they wanted nothing to do with the family money.

These actual family situations were created, at least in part, because of a lack of trust, which results when the lines of communication are closed. When families leave important conversations about the family wealth unaddressed, negative emotions tend to gain mass over time and degrade trust.

Another example of a family grappling with trust issues is a client of ours who found himself in his late 70s with no one to take over the 100-year-old business that had been in the family for three generations. His younger daughter volunteered to step in because she had some knowledge of business and marketing.

For the next 15 years, she ran the business and ultimately sold it. In a family meeting, the eldest daughter finally revealed why she had been so distant from the family. She had expected that, because she was the eldest, she would be given the opportunity to work for the family business. For the previous 15 years, she had assumed she was never asked to join the family business because her dad did not trust her. Her dad explained he was forced into the family business, along with his brother, decades earlier, and he swore he would never do that to his own children.

His explanation put his older daughter’s fears of not being good enough to rest. Imagine if he had passed away without ever having had the conversation.

The day comes when the will is read and the stories the heirs have been telling themselves for most of their lives turn out not to be true. Worse yet, each of their siblings has their own version of the story. On top of that, one of them learns he or she is the executor and is suddenly thrown into the impossible task of being the gatekeeper of who gets what.

Before long, hurt feelings and unresolved rifts in relationships lead them to an attorney’s office to settle what they strongly believe is “rightfully” theirs.

Building trust into every family interaction is easier when you create an environment of honest communication and mutual understanding. This often requires learning or strengthening skills. However, the same skills that generate great wealth are not likely the same skills needed to transfer control. Communicating more effectively leads to more trust, which can ensure your estate plan is implemented as intended.

We recommend bringing in a third-party facilitator to help navigate the complex conversations and to build trust and communication skills. The facilitator will work with you and your family to discover how to co-design the standards for what it means to be a responsible beneficiary, learn how conflict can be generative, manage and repair trust, make powerful requests and coordinate commitments effectively.

The facilitator will engage the family in the meaningful conversations about where that line of entitlement is for you and for them, what would it look like for them to contribute to the family wealth on their terms, whether they want to work in the family foundation, how is someone treated if they don’t work for the family business? Should they use their own inheritance to buy into the family business?

In trust-based relationships, people can speak truth to power, feel safe to express themselves honestly and have the skills to co-design a future that works for them.

Families don’t just pass on wealth; they pass on communication strategies they learned from the generations before them.