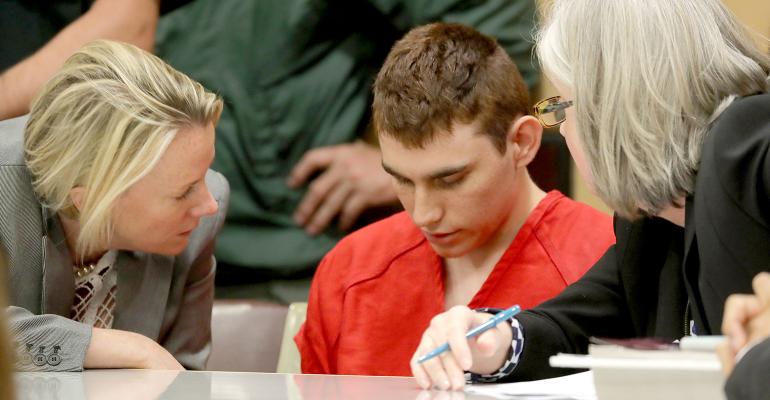 A family friend seeks to be appointed as administrator.

A day after the horrific massacre at Marjory Stoneman Douglas High School in Parkland, Fla., Roxanne Deschamps, a family friend who took in the alleged shooter and his brother after their mother, Lynda Cruz, passed away from flu complications in November 2017, filed court papers seeking to be appointed administrator of the deceased mother’s estate (who apparently died without a known will).

According to Florida’s Sun-Sentinel, Deschamps had kicked the alleged shooter out of her home after a row over him bringing a gun home, leading to him going to live with a family of a school friend around Thanksgiving time last year. However, the younger brother, Zachary Cruz, remains in Deschamps care and she reportedly filed the petition on the grounds that she’s “caring for a 50 percent minor beneficiary.” Interestingly, Zachary was a minor at the time of the filing, but turned 18 on Wednesday. ABC 15 Arizona reported that a social worker reached out to Deschamps a few weeks after the mother’s death, concerned that she has yet to file for guardianship. Since both brothers are no longer minors, no guardianship would be allowed at this point.

It’s also reported that Deschamps had Zachary involuntarily committed the day after the shooting for reasons that remain unknown.

It isn’t readily apparent what Deschamps motive was to file the petition a day after the tragic shooting, though according to the New York Post, her attorney Audra Simovitz called the timing “appropriate.”

As far as whether Deschamps stands to benefit from administering the estate, it’s possible she may be paid a court-approved fee for her services, but she wouldn’t be entitled to any of the assets, said Blake A. Rummel, a litigation attorney at Weinstock Manion in Los Angeles, who isn’t involved in the matter. That being said, it’s possible that her motive was to make sure Zachary receives his entitled share of whatever is left after the estate is settled. According to Rummel, it’s also possible that Deschamps may view herself as a creditor, based on media reports that Deschamps has been caring for the brothers out of her own pocket, and may want to move the estate administration process along because she may eventually seek to petition the court for some sort of reimbursement for her caregiving.

There are also reports circulating that the alleged shooter stood to inherit at least $800,000 and that he allegedly accused Deschamps of plotting to steal the money from him. Unless more information becomes available, we can only speculate whether Deschamps has good intentions.

“Under Florida intestacy laws, a judge would need to approve the appointment of Deschamps as the estate administrator,” says Rummel. She went on the explain that priority for an appointment would go to a spouse or immediate family members or an individual who’s nominated by a majority of the beneficiaries.