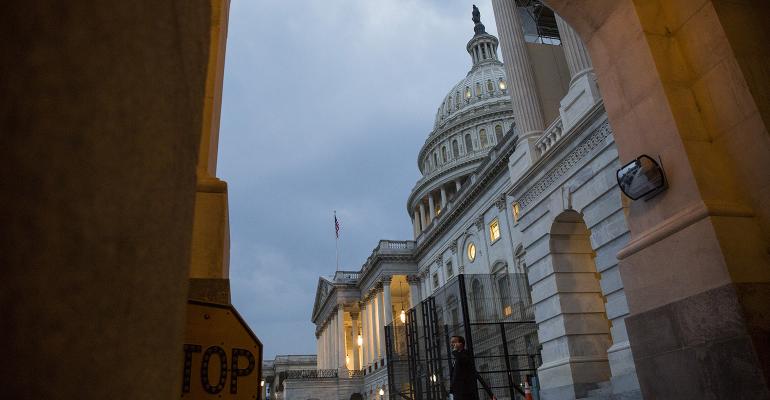 Who Cares About Estate Tax Repeal?

The estate tax, as currently constructed, is already effectively voluntary.

The federal estate tax has been repealed and has returned four times in our history. The most recent repeal occurred in 2010. If it’s repealed again, the likelihood of its return is high.

The current estate tax rate is 40 percent on both individual estates over $5.49 million and married couple’s estates over nearly $11 million. These exemptions are due to increase to $5.6 million per person in 2018. Under the current proposals, the estate, generation-skipping transfer and gift tax exemptions would double to $11.2 million per individual and $22.4 million for a married couple.

It’s important to note that, according to Chye-Ching Huang and Chloe Cho’s article: Ten Facts You Should Know About the Federal Estate Tax, only 0.2 percent of all U.S. estates are expected to pay estate taxes in 2017. In 2017, the estate tax is projected to generate an estimated $19.7 billion in revenue. If exemptions double in 2018, the number of individuals paying the estate tax and GST tax would decrease from roughly 5,000 to less than 2,000. The current bills also call for the repeal of the estate tax in 2024, which would decrease estate tax revenue by an estimated $172 billion over the next decade. Though the Senate’s bill doesn’t call for the repeal of the estate and GST taxes, pushing exemptions so high acts as an effective repeal for the vast majority of Americans.

Further, the estate tax, as currently constructed, is effectively a voluntary tax. As Professor A. James Casner of Harvard Law School once stated, “In fact, we haven’t got an estate tax, what we have is, you pay an estate tax if you want to; if you don’t want to, you don’t have to.” What he means is that estates exceeding the exemption can almost always avoid the estate taxes with proper planning. SO, why does anyone end up “volunteering” Two key reasons: (1) they’re not aware of all the planning vehicles available and (2) their tax objectives don’t coordinate with their non-tax objectives

Despite the proposed high estate, GST and gift tax exemptions and whether there’s a repeal, trusts will remain extremely popular for many non-tax reasons, including:

So,it may not be prudent to automatically pass assets, outright and directly, to one’s children even if the federal estate tax is repealed. Consequently, clients will continue to transfer assets to trusts—most likely GST and dynasty trusts.

It’s important to note that the gift tax will most likely always remain to limit transfers and income tax shifting. The House bill calls for the gift tax exemption to double in 2018 and to remain if the estate and GST taxes are repealed effective Jan. 1, 2024. This increase provides a huge opportunity for families to fund trusts, as well as increase their funding for all of the previously mentioned reasons. Additionally, the gift tax rate would drop from 40 percent to 35 percent.

The Future of GST Trusts

An interesting issue could arise regarding future GST tax planning if repeal were to occur: How would GST tax planning work with trusts established after repeal? Also, in planning for the possibility that the GST tax could return, flexibility and proper drafting would be crucial to take advantage of GST tax repeal, but avoid possible issues with any past or future legislation. This was also an issue discussed back in 2010. If the estate and GST tax are both repealed, there may be four scenarios for GST issues during the repeal year and beyond:

This is an adapted version of the author’s original article in the December issue of Trusts & Estates.