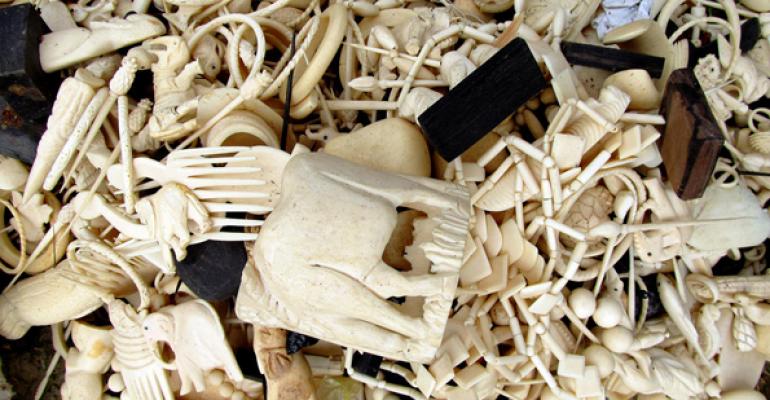 In our December 2013 article  “Lions, Elephants and Birds, Oh My!,”1 we discussed issues executors and advisors face with regard to estate items subject to possession and transfer restrictions.  These issues came to the forefront in Estate of Sonnabend,2 which demonstrated the complex legal landscape surrounding estate valuation and administration of an estate that holds assets subject to federal bans.  Art dealer Illeana Sonnabend’s estate included the iconic artwork, “Canyon,” created by Robert Rauschenberg.  “Canyon” incorporated a stuffed bald eagle.  The mere possession and sale of bald eagles is subject to serious criminal penalties and monetary fines under the Migratory Bird Treaty Act and the Bald and Golden Eagle Protection Act.3 Based on the fact that it was illegal to possess or sell “Canyon,” the estate tax return valued the work at zero dollars.  The Internal Revenue Service disagreed and valued the piece at $65 million.  A lengthy dispute followed, and the estate and the IRS did eventually reach an agreement.  “Canyon” would be valued at zero and donated to a non-profit museum (for no charitable deduction), and in exchange, the IRS would drop its tax claim against the estate.4

Since the article was published, a development has occurred with regard to ivory, which could create estate administration complications similar to those in Estate of Sonnabend. On Feb. 11, 2014, the White House issued an executive order announcing that it was taking administrative steps to effectively ban all commercial trade of elephant ivory (the “Ivory Initiative”).5  As ivory has been a coveted asset for thousands of years and may have been passed on within a family estate containing art, family heirlooms and travel memorabilia, executors of such estates should be aware of the Ivory Initiative and its unexpected complications on estate valuation and administration.  If an estate includes ivory assets and possession and/or distribution of the ivory assets is deemed illegal under the Ivory Initiative, both the value of the ivory asset for purposes of the estate and how an estate may go about transferring these assets out of the estate are uncertain.

The Ivory Initiative provides for a three-fold scheme targeting exports, imports and domestic resales of all ivory products.  Prior to the Ivory Initiative, federal regulations prohibited most, but not all, ivory imports, exports and resales.  The Ivory Initiative is significantly narrower and restricts most transactions with ivory.  The Ivory Initiative is best understood as essentially creating two categories of ivory—contemporary ivory and antique ivory.  The Ivory Initiative defines “antique” ivory as an ivory item that’s more than 100 years old.  The item also must meet certain other nuances under the Endangered Species Act (ESA).6  The onus now falls on the importer, exporter or seller to demonstrate that the ivory meets the relevant criteria for classification as an antique.  Exports, imports and any resales of contemporary ivory are completely banned under the Ivory Initiative.  Antique ivory can’t be imported into the United States, but can be exported and resold domestically across state lines.  Domestic resales within a state line are prohibited unless a seller can demonstrate that an item was legally imported prior to 1990 for African elephants and 1975 for Asian elephants, or otherwise, under an exemption document.   Executors and advisors to clients with ivory assets should also be aware that state laws vary and provide further restrictions on the sale of ivory within state lines.  For example, in California, there’s an extremely high burden of proof to certifying the age and provenance of ivory.7 Additionally, legislators in New York have been rallying to propose a law that would ban all ivory sales in New York state, without exception, which would mean a tougher regime than the Ivory Initiative.8

Determining which ivory may be legally possessed and resold requires a very careful analysis of the documentation and provenance of the ivory.  Establishing provenance of an ivory item can be difficult, as there’s no official certification board or process.   Executors and advisors should assemble a strong paper trail, in the form of import records and bills of sale.  In general, the following facts are integral to establishing provenance: (1) the country of origin, (2) the country of export, (3) the year in which the ivory was imported, (4) whether the ivory is from an African or Asian elephant, and (5) the age of the ivory object at the time of import into the United States.9

In addition to the Ivory Initiative in the United States, the international landscape surrounding ivory is currently in flux.  A European Union resolution passed in January calls for members to pass moratoria on commercial imports, exports and domestic sales and purchases of ivory.  Additionally, on Feb. 13, 2014, the United Kingdom held a summit in London with African heads of state and officials from around 50 countries aimed at stopping the illegal ivory trade.