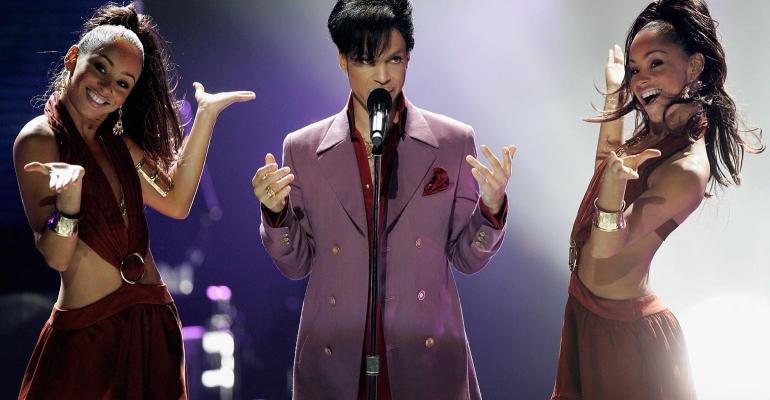 The vexing valuation and potential loss of his name and likeness

It was less than a week ago when seven-time Grammy-winning artist Prince passed away at his mansion in Paisley Park, and many of the specifics surrounding his estate plan (or apparent lack thereof) remain unknown. Yet Prince’s estate, purportedly worth some $300 million according to the website CelebrityNetWorth, is already wrought with a number of palpable estate planning problems.

At the time of his death, Prince wasn’t married, outwardly had no children and his parents were deceased.  Questions abound and may take many months to answer: Did Prince even have a documented estate plan? Notably, Prince’s sister, Tyka Nelson, recently filed documents with the Carver County District Court in Minnesota stating that he had no known will. If Prince had a will, did he properly plan for how his intellectual property may be used over a period of time, empowering his trustee and/or executor permission to grant licenses for use of his extensive catalog of music? Might an illegitimate child or unknown relative come forth with a potential claim against the estate? Is there sufficient liquidity to pay the hefty estate tax burden, or could charity figure prominently as a beneficiary and help reduce the estate taxes owed?

Even assuming Prince had a formal estate plan and that he exercised the same degree of intensive care in crafting his estate plan as he did in retaining artistic control of his music, issues are likely to surface. Among them are the vexing valuation and potential loss of Prince’s right of publicity.

Commercializing dead celebrities has become big business. Indeed, the monetization of publicity rights of deceased celebrities has markedly expanded in recent times as new technology, such as holograms and computer-generated imagery can keep the virtual celebrity alive and entertaining us forever.

Forbes now has an entire website devoted to “top-earning dead celebrities.” More than a few notable celebrities are monetarily worth more dead than alive.

Coming in at No. 1 on the Forbes top-earning dead celebrities list was the “King of Pop,” Michael Jackson. Since Jackson’s death in 2009, the estate has generated more than a whopping $1 billion in revenue by licensing his name, likeness and music—including the Las Vegas Cirque du Soleil show “Michael Jackson: One,” the Mijac Music catalog, music sales and half of the Sony/ATV publishing empire according to Forbes.

In Prince’s case, he was a unique blend of gifted musician and shrewd businessman. Prince owned many of his recording and publishing copyrights, guarded his music closely against an exploitive digital age and amassed a massive amount of unreleased material that rests in his “vault” at Paisley Park. Experts are already predicting that the value of Prince’s $300 million estate is expected to soar in coming years. Yet, valuing and retaining Prince’s post-mortem right of publicity may prove to be problematic.

The right of publicity is simply the right to control the commercial exploitation of an individual’s name, image or persona. Pre- and post-mortem rights of publicity are clearly intangibles, but the Internal Revenue Service has a less-than-clearly defined method when it comes to determining the commercial value of publicity rights on death.

In theory, valuing a post-mortem right of publicity should generally require putting a present value on what the projected income stream of the deceased’s image or likeness could earn over its “remaining useful life”—the expected period in which the image will remain relevant.

Notably, there can be wide discrepancies in determining both the projected income stream and its remaining useful life. For example, a considerable amount of post-mortem earnings surrounding Michael Jackson came from licensing his name and likeness. The IRS has valued them at $434 million and Jackson’s estate at $2,105! It’s no surprise that the IRS and the Jackson estate are scheduled to appear before a Los Angeles Tax Tribunal in 2017 to settle their dispute.

There’s very little, if any, precedence for estate taxation of a posthumous right of publicity, and determining a date-of-death fair market value can be quite complicated. Consider the sentiments of Howard Weitzman, lead counsel for the Jackson estate, who estimates that Jackson earned no more than $50 million from the licensing of his name and image when the pop star was alive. How then could the IRS value them at a figure nearly 10 times that amount upon Jackson’s death?

At the time of his death, Jackson hadn’t been touring, and his brand had been tarnished due in large part to child molestation charges. Might it have been the work of savvy executors and the documentary, “This Is It” ($261 million gross), that led to the commercial rebirth of Jackson’s name and likeness after the date-of-death value? On the other hand, isn’t it reasonably foreseeable from the IRS’ standpoint that unique celebrity estates like Michael Jackson’s, Elvis Presley’s and Prince’s would produce sizable income streams due to the post-mortem right of publicity for many years to come and, therefore, they must be included in the deceased celebrity's taxable estate?

Prince ostensibly has far less controversial baggage than Michael Jackson regarding his name, likeness and persona. Be that as it may, will Prince’s pop-funk brand of music prove to be timeless, or will younger generations, who’ve grown up largely on digital music, identify with Prince and his music since Prince’s most popular songs are noticeably absent from Apple Music, Spotify and other sites?

The right of publicity is a state law intellectual property right, and the application of state law oftentimes turns on the question of where one is domiciled. Domicile is typically a question of fact based on the individual’s intent to remain in, or return to, a particular state and his permanent place of abode. In Prince’s case, Minnesota was undoubtedly his state of domicile.

If the post-mortem right of publicity ends up being litigated in the Prince estate, it could be held to be a personal privacy right that died with Prince, instead of a distinct economic property right that could be passed on. It’s worth noting that the estate of Marilyn Monroe couldn’t obtain relief for a right of publicity violation in California, because at the time of her death, she was found to have been domiciled in New York, which didn’t recognize a post-mortem right.5

Passing on Prince’s post-mortem right of publicity is far from certain, and perhaps his death may be the catalyst for a federal right of publicity statute. It would be sad commentary if Prince, who fought so fiercely for artistic control during his life, ended up losing the right to his own name, likeness and persona upon his death. Should that be the case, there would be a notable change in tune when heirs, instead of doves, cry!