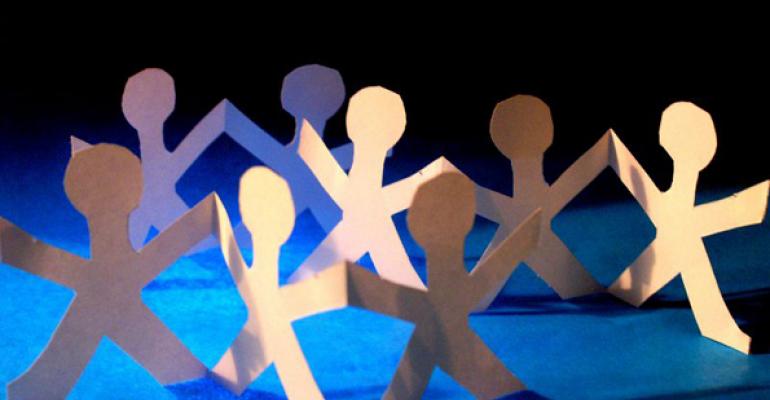 What’s Trending in The Estate-Planning World

There are many interesting estate-planning developments currently taking place. Here are four that practitioners should know about.

The sizes of the gift and generation-skipping transfer (GST) tax exemptions, $5.34 million each, have resulted in the increased popularity of self-settled trusts. Currently, 15 states allow for self-settled trusts, and 14 of these states also allow for dynasty trusts.1 Grantors are more comfortable with self-settled trusts because grantors can also be a permissible beneficiary of an irrevocable trust that they establish for their family. As long as there’s no pre-existing understanding or arrangement between the grantor and the trustee, the assets aren’t transferred fraudulently, and there are no exception creditors.

2. Limited liability company to own and further shield the trust property with charging order as the sole and exclusive remedy protection;

Despite these four levels of protection, several bad fact cases2 involving fraud, public policy issues and bankruptcy have resulted in much press. Most recently, Huber3 provided an important example of how not to handle a DAPT. If properly structured and administered, however, DAPTs remain powerful vehicles and great alternatives to off-shore trusts, which are now subject to burdensome Report of Foreign Bank and Financial Accounts and Foreign Account Tax Compliance Act reporting requirements, as well as increased Internal Revenue Service and U.S. government scrutiny.

Another trend deals with discretionary interests and spendthrift clauses. It emanates from the recent Casselberry4 case in Florida, in which the court stated:

As a result of this case, Florida lawyers are seeking a solution for similar third-party discretionary trusts. One answer may be changing the situs to a state, like Alaska, Delaware, Nevada or South Dakota, which has powerful statutes following the Second Restatement of Trusts and stating that a discretionary interest in trust isn’t a property right or an entitlement but rather a “mere expectancy.” This type of statute will be increasingly important for both self-settled and third-party trust asset protection.

Another key development is state income taxes as they relate to trusts. There are many different state income tax models for taxing trusts. Most recently, the McNeil6 and Pritzker7 cases dealing with the income taxation of trusts in Pennsylvania and Illinois, respectively, resulted in the courts ruling in favor of taxpayers. On the other hand, New York recently passed legislation8 treating Nevada incomplete non-grantor trusts (NINGs)/Delaware incomplete non-grantor trusts (DINGs) as grantor trusts for state income tax purposes, effective June 1, 2014 and retroactive to Jan. 1, thus eliminating the opportunity to save state income taxes. I’m not sure if any other states will follow New York. There have also been several recent favorable private letter rulings regarding NINGs,9 but it’s important to keep in mind that these PLRs aren’t binding on the states. These rulings and their predecessor PLRs regarding DINGs10 have been frequently used to reduce state income tax for clients in high tax states. Rising state income taxes have also resulted in an increased interest in private placement life insurance (PPLI), providing investment flexibility as well as a mechanism for tax-free deferral and withdrawals. Many clients also look for low premium tax states to establish trusts and/or LLCs to own these PPLI policies.11

Up until recently, foreign families set up trusts in the United States only if they owned real estate and/or had green card/citizen children and/or grandchildren in the United States. These international families are now establishing U.S. situs trusts, even if they have no ties to the United States. These vehicles are typically foreign grantor trusts with U.S. trustees, generally holding an off-shore entity, which in turn holds the off-shore property. If there’s not any U.S. property, there’s no U.S. tax. These international families are very concerned that their home country may eventually try to take their assets and, consequently, they prefer U.S. trust situs and a U.S. trustee versus the traditional offshore trust jurisdiction, which may be “blacklisted” by the client’s resident country or may not be strong enough to protect the client’s assets.