/sites/all/themes/penton_subtheme_wealthmanagement/images/logos/footer.png
Recent
Recent
Life Insurance and Trusts: Power Tools of Estate Planning
Oct 21, 2021
10 Must Reads for the CRE Industry Today (Oct. 22, 2021)
Oct 21, 2021
Toothpaste Will Fly as Alphabet’s Drones Test Delivery in Texas
Oct 21, 2021
When Raising Money Is Not the Problem: S2 Capital’s Scott Everett on Current Multifamily Dynamics
Oct 21, 2021
Featured
The 10 Best and 10 Worst States in Which to Retire in 2021
Jul 15, 2021
Poll: 15 Classic Books on Investing and the Markets
Apr 03, 2020
25 U.S. Markets Adding the Most Multifamily Units This Year
Feb 03, 2021
Fifteen Must-Listen Business Podcasts for Advisors
Aug 14, 2020
Coronavirus
brought to you by 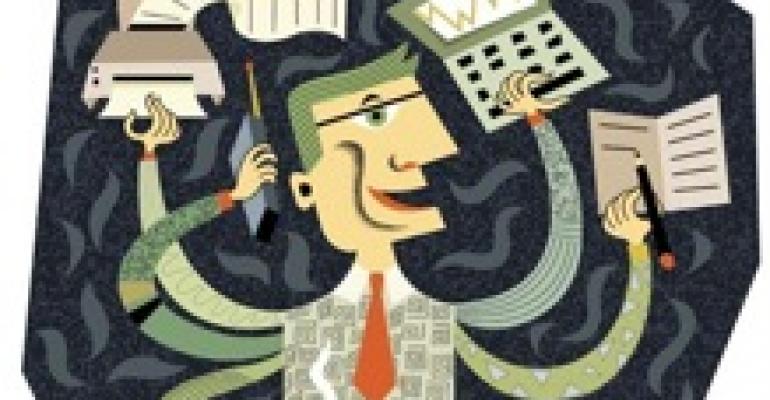 Using the Harmless Error Doctrine in Light of COVID-19

Five tips for shoring up evidence of testamentary intent.

Courts generally require a decedent’s will to satisfy specific, codified formalities for the will to be admitted to probate. With slight variation, the requirements for executing a valid will—writing, signature, and attestation by witnesses—have remained unchanged for centuries.

Several sensible objectives underpin these requirements. Namely, will formalities serve: (1) as evidence that a document is the testator’s will, (2) to alert the testator to the significance of the document, (3) to prevent fraud and (4) to standardize the enforceability of an important legal instrument. Requiring strict compliance with will formalities also leads to more predictable outcomes. After all, individuals are unlikely to submit a facially deficient will to the court if the court never bends its rules regarding formalities.

But adhering to rigid requirements has drawbacks as well. It prevents a court from considering whether a testator intended to execute a valid will, for example, but was unable to do so through no fault of his own. That shortcoming is taking on unprecedented significance during the present public health emergency, as federal guidelines, as well as state and local emergency orders, may prevent a testator from executing a valid will.

The attestation requirement is particularly troublesome in the face of widespread directives to stay home and practice social distancing. In some cases, it may be impossible to arrange for multiple individuals to witness the testator’s will or to have the testator meet with a notary. Assuming witnesses or a notary can be marshaled, it may not be wise for testators, particularly those at higher risk for serious illness, to be in proximity to others to execute a will.

With that in mind, practitioners who routinely ensure that will formalities are satisfied may find it prudent to consider any harmless error exception adopted in their jurisdiction.

The harmless error doctrine gained traction in the United States in 1990 when the Uniform Law Commission added a harmless error provision to the Uniform Probate Code (UPC). See UPC Section 2-503. Section 2-503 permits defects in formal execution to be overcome “by clear and convincing evidence that the decedent intended the document” to operate as the decedent's will.

Notably, several of the country’s most populous states—including New York and Texas—haven’t adopted the harmless error doctrine in any form. But these and other jurisdictions may be addressing the complications created by COVID-19 at the state level.

In New York, for example, Gov. Andrew Cuomo issued an executive order on April 7, 2020, that authorizes residents to use “audio-video technology” to complete “the act of witnessing” a will. (Executive Order No. 202.14.) The executive order details conditions that must be met for video witnessing to be valid, but assuming those steps are followed, New Yorkers now have the ability to execute a will without leaving their homes.

Similarly, in Texas, Gov. Greg Abbott suspended certain statutes requiring appearance before a notary to execute a “self-proved will,” among other documents. In a press release issued April 9, 2020, the Office of the Governor explained that as a result of these suspensions, residents are temporarily permitted to appear before a notary “via videoconference” to execute a self-proved will. Again, there are conditions that must be met for video notarization to be valid, but documents executed in accordance with those conditions will be valid even after the suspensions are no longer in effect.

Where available, the harmless error doctrine offers a valuable “Plan B” to estate planners and their clients. Although there’s no definitive checklist of what constitutes clear and convincing evidence in this context, a review of the statutes and existing cases reveals a few common threads. Here are tips for attorneys practicing in harmless error jurisdictions who are looking to increase the likelihood that a court will probate a deficient will in the event that a testator passes away before the deficiencies can be corrected.

(1) Develop potential “declarants.” Encourage clients to share concrete facts regarding the creation, execution and maintenance of their will with friends or relatives who don’t stand to inherit from the testator. Make note of these disinterested persons, including contact information, and discuss with the testator the facts that could be helpful to share. Keep in mind that at its core, the harmless error doctrine focuses on the testator’s intent that a particular writing constitute a will. The intent must relate to the document itself. For example, a court will likely credit disinterested witness testimony regarding when the will was created, why the testator created a will at that time and where the will was kept.

(2) Consider distributing the will. If the testator is comfortable providing a copy of the will to friends or relatives, encourage him to do so, as the testator’s efforts to make others aware of the will may be used to show intent. Similarly, if the testator enclosed the will in an envelope labeled “last will and testament,” included a handwritten note identifying the document as a will or directed the recipient to open the envelope on the testator’s death, all of those facts can be used to support admission of the will.

(3) Schedule a time to address defects. A court may have concerns about probating an instrument the testator knew was defective. To help alleviate those concerns, promptly schedule to meet with the testator for the purpose of correcting any deficiencies. That appointment, and its purpose, should be well documented. Ideally, that meeting will result in proper execution and witnessing. If, however, the testator passes away before the meeting occurs, the appointment itself can be used as additional evidence of the testator’s intent to execute a valid will.

(4) Take a belt-and-suspenders approach. The clear and convincing evidentiary standard is a fairly high burden of proof, so don’t assume that clear drafting will allow the will to stand on its own. Relying on one definitive document (or witness, for that matter) is risky—if that key piece of evidence is undermined or unavailable, it has a disproportionate effect. Take a belt-and-suspenders approach to building your case and plan to present several pieces of evidence that, taken together, provide a cohesive narrative for the court.

(5) Satisfy feasible formalities. Perhaps it goes without saying, but ensure the testator has met as many formal requirements as possible. There’s a hierarchy to the types of defects that courts are willing to overlook based on evidence of intent. A court is more likely to excuse deficiencies in attestation, which is true as a general matter but likely all the more so during a pandemic. If the testator failed to sign the document, however, that’s harder to overcome, as signing the document is typically within the testator’s control. In essence, the testator shouldn’t be lax in meeting formalities in the hopes of relying on the harmless error rule.

Finally, although some states will recognize holographic (handwritten) wills, only the most basic estates are likely to benefit from such a simple instrument. We as attorneys may be uncomfortable knowing that the estate plans executed during this crisis are less than perfect. But we should be ready to assist our clients with creative solutions that use every tool (and exception) at our disposal. To that end, hopefully the tips in this article will aid practitioners in their efforts to ensure the admissibility of wills executed during this challenging time.