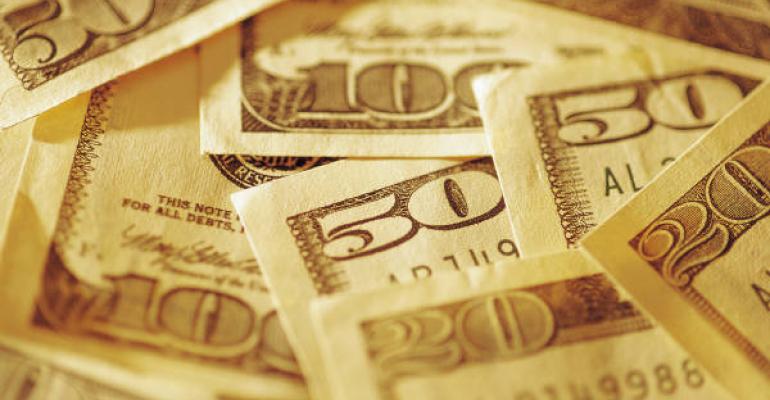 Update: Are Trust Funds Safe From Claims For Alimony or Child Support?

Parents who want a child’s inheritance to pass into a trust, rather than outright, often seek to prevent the child’s former spouse from reaching such assets in the event of divorce. As noted in my April 2013 article, “Are Trust Funds Safe From Claims For Alimony or Child Support?” Trusts & Estates (April 2013) at p. 15, under the laws of some states, regardless of whether a trust has spendthrift provision or is a discretionary trust (or both), a beneficiary’s children and/or a former spouse may have rights to reach trust assets that are otherwise protected from creditors. The April article expressed concern that discretionary and spendthrift trusts under Article 5 of the Uniform Trust Code aren’t protected from claims of a former spouse who holds a judgment in the form of support. It warned that in some states, such as Florida, it was unclear whether a former spouse with a judgment in the form of support could garnish assets held in a discretionary trust. The April article stated: “[i]n light of the fact that as many as 30 states provide some type of exception creditor access to spendthrift trusts, it appears that for those beneficiaries known to have exposure, forum shopping for more protective jurisdictions may be advisable.”

On Nov. 27, 2013, the Second District Court of Appeal of Florida issued its decision in Berlinger v. Casselberry, Case No. 2D12-6470 (Fla. 2d DCA Nov. 27, 2013). Berlinger is the first Florida appellate decision addressing whether a former spouse, who has a judgment in the form of support resulting from dissolution of marriage, can obtain a continuing garnishment, since the enactment of the Florida Trust Code (FTC).

The facts of Berlinger made it easy for the appellate judges to determine that the public policy reflected in Bacardi should continue in Florida, despite subsequent enactment of Florida Statutes Section 736.0504.

The April article described Florida Statutes Section 736.0504, entitled “Discretionary Trusts; effect of standard” and questioned whether that statute would protect a beneficiary of a discretionary trust who was the subject of a judgment in the form of support held by his former spouse. Concern was raised that the spouse holding such a judgment under Florida law could request a court to place a continuing garnishment as was the law under the Florida Supreme Court decision of Bacardi v. White, 463 So.2d 218 (Fla. 1985).

With respect to discretionary trusts the Bacardi decision stated:

Bruce Berlinger appealed an order of the trial court granting Roberta Casselberry’s, motion for contempt and motion for a continuing writ of garnishment over any disbursements made from the Berlinger Discretionary Trusts (the discretionary trusts) to or for Bruce’s benefit. After 30 years of marriage, the spouses divorced in 2007. Pursuant to a marital settlement agreement ratified by the court and incorporated into the final judgment of dissolution, Bruce agreed to pay Roberta $16,000 a month in permanent alimony. Thereafter, Bruce and his current wife enjoyed a substantial lifestyle sustained through payments made to them directly or on his behalf by the discretionary trusts. Although Bruce continued to benefit from substantial distributions from the discretionary trusts, he voluntarily stopped paying alimony in May 2011.

The court in Berlinger held that Bacardi still controls Florida law. The court was quite direct stating “[w]e conclude that the Florida Supreme Court's decision in Bacardi… is still controlling.” Berlinger, Case No. 2D12-6470 at 6.

The court analyzed Florida Statutes Sections 736.0503 and 736.0504, both enacted as part of the FTC. Since the trust in Berlinger was a discretionary trust, the critical section was Florida Statutes Section 736.0504(2), which provides a former spouse may not compel distributions that are subject to a trustee’s discretion or attach or otherwise reach [emphasis added] the interest, if any, which the beneficiary may have. The opinion states:  “[t]he section does not expressly prohibit a former spouse from obtaining a writ of garnishment against discretionary disbursements….”  Berlinger, Case No. 2D12-6470 at 9.

Based upon Berlinger, parents desiring maximum protection for their children should consider creating and administering discretionary trusts in Alaska, Nevada or South Dakota, rather than Florida.

Among the difficult issues presented by this case are:

1. Should a parent or other settlor be able to create a trust to protect a child or other beneficiary, such that the trust funds are held exclusively to benefit the beneficiary?

2. Should the holder of an unsatisfied judgment in the form of support as a result of dissolution of marriage be able to garnish a discretionary trust, held for the benefit of a former spouse?

It may be that the facts in Berlinger were simply too powerful for the Second District Court of Appeal of Florida to ignore. To be continued…