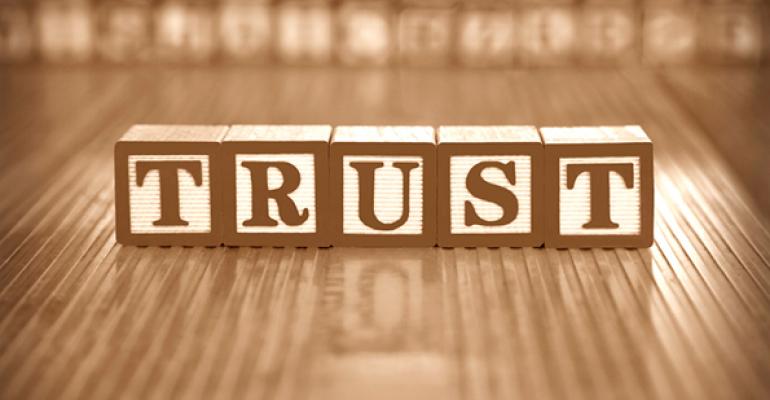 A helpful roadmap to consider

Editor’s Note: This article is a preview of a longer, more in-depth article on this topic that will be published in our February issue.

Trust decanting is gaining popularity as a flexible and practical technique to modify the provisions of an existing irrevocable trust to respond to changing circumstances that the settlor didn’t anticipate.  In response, many states have enacted decanting statutes, and several states view decanting as an inherent fiduciary power under the common law. However, challenges often arise when fiduciaries and their advisors must navigate an inconsistent patchwork of state-specific decanting regimes.

The recently promulgated Uniform Trust Decanting Act (the Act) is an attempt to combine the best parts of the decanting statutes and current case law and provides a helpful roadmap to consider when decanting.1

In practice, the Act frames the decanting power by reference to the extent of the trustee’s distribution power.  Decanting is permitted under the Act only if a fiduciary has discretion to distribute principal (with a narrow exception for special needs trusts).  Thus, income-only trusts and many special purpose estate-planning vehicles that don’t allow discretionary principal distributions (such as grantor retained annuity trusts, charitable lead trusts and charitable remainder trusts) can’t be decanted under the Act.

•     Expanded distributive discretion. A fiduciary with broad discretion to distribute principal is granted a correspondingly expansive power to modify beneficial interests.  For example, the new trust can eliminate current and remainder beneficiaries, grant or remove powers of appointment, change the standard for making distributions and eliminate unvested rights, such as a future right to a mandatory distribution upon reaching a certain age.

The power to change beneficial interests is subject to important limitations.  Similar to many existing state statutes, decanting can’t be used to add beneficiaries directly, although a beneficiary may be granted a power of appointment exercisable in favor of someone who isn’t a current beneficiary.  Furthermore, the new trust can’t eliminate vested interests, such as presently exercisable withdrawal rights (including Crummey powers).

A fiduciary with expanded distributive discretion may also exercise the power to decant to make administrative changes, to change the governing law of the trust and to change trustee powers.

•     Limited distributive discretion. Fiduciaries whose discretion to distribute principal is limited by an ascertainable (or similar) standard are granted a much narrower decanting power.  Specifically, each beneficiary’s interest in the new trust must be substantially similar to the beneficial interests under the existing trust.  This means that a trust that contains an ascertainable standard can’t be decanted to remove that standard or to impose additional restrictions on distributions.  Only administrative changes will be possible for this type of trust.

Notwithstanding these limitations, the Act would provide substantial flexibility and greater certainty in some common-law decanting jurisdictions, where it’s now unclear whether a trust that restricts the trustees’ distributive discretion may be decanted at all.

The Act imposes certain limitations on decanting to protect the interests of charitable beneficiaries.  These limitations are intentionally broad and go beyond most existing decanting statutes.  States that consider adopting the Act should think about narrowing the scope of these charitable protections.

Importantly, the Act doesn’t permit the decanting of wholly charitable trusts, such as private foundations organized in trust form.  Reformation of charitable trusts is governed by an established body of law, and the Act isn’t intended to vary those rules.

The Act is intended to have very broad applicability to avoid difficult choice-of-law questions regarding which state’s laws govern the trust and the exercise of the trustee’s decanting power.  The Act doesn’t override any other decanting mechanisms that may apply to a trust.  As a result, fiduciaries in a state that has adopted the Act could have many options for decanting.

Consistent with many existing decanting statutes and case law, the Act gives fiduciaries the power to decant, but doesn’t create or imply a duty to decant.  Nevertheless, if a fiduciary decides to exercise the decanting power, the decanting must comply with fiduciary principles.

The Act places several restrictions on the exercise of the decanting power to mitigate potential self-dealing concerns, limiting changes to trustee compensation, trustee liability, and trustee removal.  These statutory limitations aren’t exclusive, and fiduciaries will need to evaluate the appropriateness of each decanting on the basis of all relevant facts and circumstances.

The Act includes several novel provisions designed to provide greater protection and comfort to fiduciaries of decanted trusts.  First, a decanting that doesn’t fully comply with the requirements of the Act is automatically reformed to make the attempted decanting valid.  The Act also expressly waives liability for any person who reasonably relies on the validity of a prior decanting.

At present, the tax consequences of trust decanting are unclear.  In the absence of definitive guidance from the Internal Revenue Service, the Act includes broad tax saving language intended to ensure that the decanting power doesn’t jeopardize any tax benefits associated with an existing trust.

1. The full text of the Uniform Trust Decanting Act is available online at www.uniformlaws.org/Act.aspx?title=Trust%20Decanting.